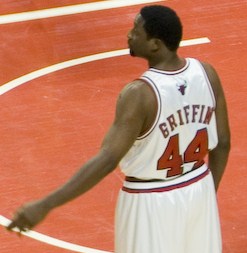 "Adrian Darnell Griffin" is a retired American professional basketball player and current assistant coach for the Chicago Bulls of the National Basketball Association (NBA). He played in the NBA as a Guard (basketball)/guard and small forward from 1999 to 2008 after playing from 1996 to 1999 in minor leagues. Griffin grew up in Wichita, Kansas and played collegiately at Seton Hall University.

I felt something pop in there. I'll wait and see how it feels.

Guys get hurt and other guys have got to pull their weight and pick up the slack. We don't make excuses. Obviously we are better when everyone is healthy. 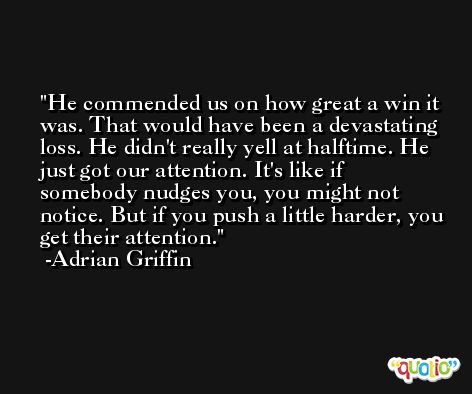 Whoever guarded him played with a lot of energy. Fortunately, he didn't get going like he usually can.

We got the win, it didn't matter how ugly it was. We needed to get back on track. 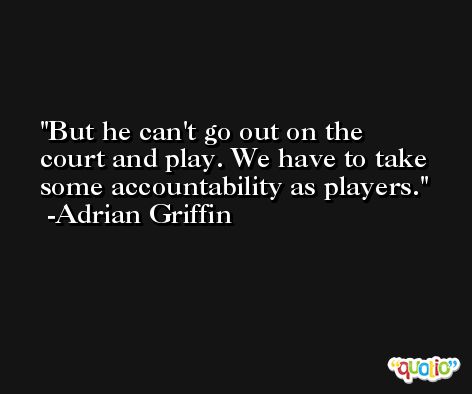 I think that is why we came out with a lot of energy. We know he is capable of putting up big numbers. As a team, we have been playing some good ball and we just wanted to continue that.

We've got excellent scorers. Why do they need me to take shots away from them? I know what I need to do to help this team. 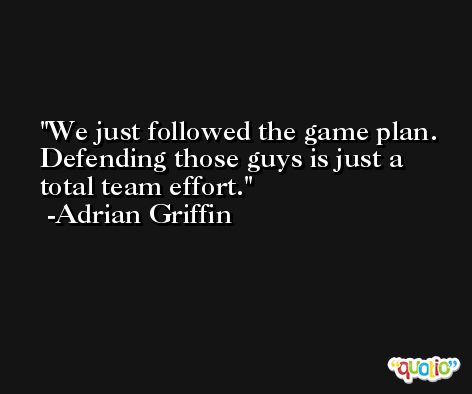