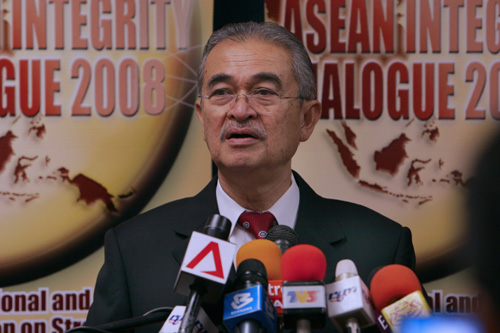 "Abdullah bin Haji Ahmad Badawi" is a Malaysian politician who served as prime minister from 2003 to 2009. He was also the President of the United Malays National Organisation (UMNO), the largest political party in Malaysia, and led the governing Barisan Nasional parliamentary coalition. He is informally known as "Pak Lah", 'Pak' meaning 'Uncle' while 'Lah' is taken from his name 'Abdullah'. He is also called as the "Father of Human Capital Development" (Bapa Pembangunan Modal Insan).

If you enjoy these quotes, be sure to check out other famous politicians! More Abdullah Ahmad Badawi on Wikipedia.

Although the ASEAN-US dialog is 28 years old this year, I feel this still suffers a considerable problem with expectations which do not match. 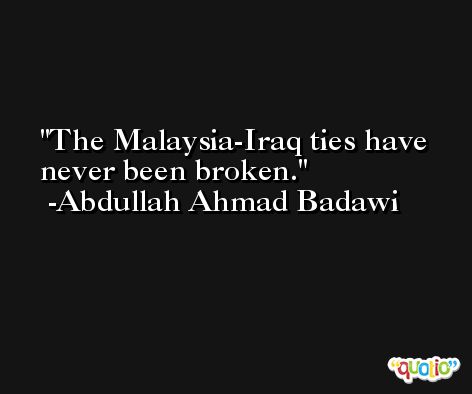 The only way to deal effectively with the scourge of international terrorism.

Sometimes if there is too much freedom exercised then democracy will be destroyed. 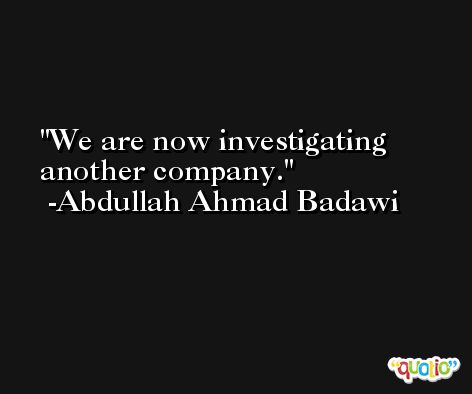 It is not appropriate at all for the money to be spent on someone's retirement. It is over the top.

She is responding well to treatment but chemotherapy is not easy to undergo. 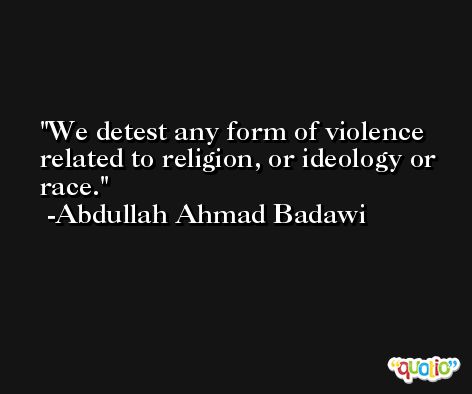