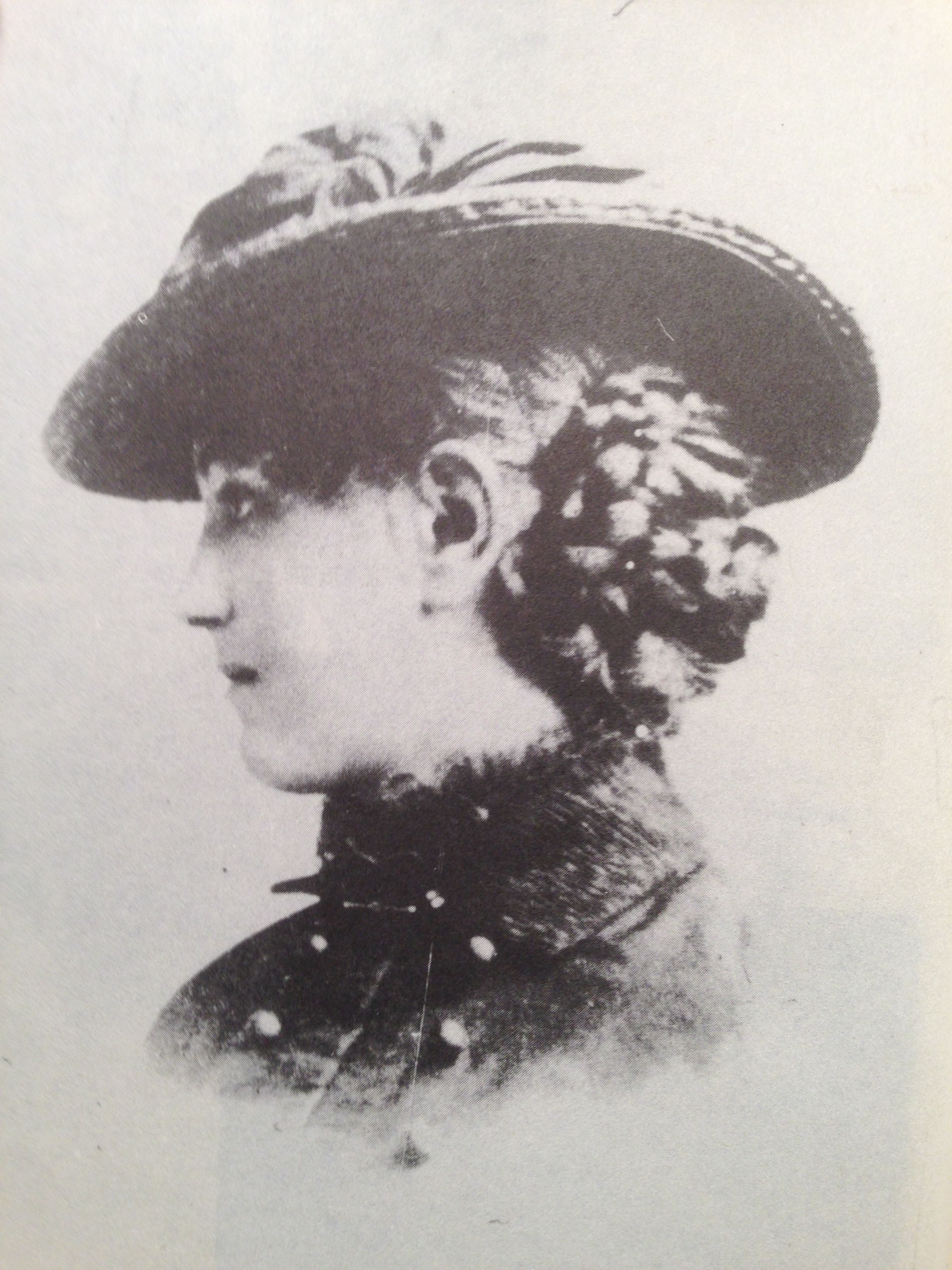 Wilson induced a conservative Democratic Congress to pass a progressive legislative agenda, unparalleled until the New Deal in 1933. This included the Federal Reserve Act, Federal Trade Commission Act, the Clayton Antitrust Act, the Federal Farm Loan Act and an Income Tax in the United States/income tax. Child labor was temporarily curtailed by the Keating–Owen Act of 1916. Wilson also averted a railroad strike and an ensuing economic crisis through passage of the Adamson Act, imposing an 8-hour workday for railroads. At the outbreak of World War I in 1914, Wilson maintained a policy of neutrality.

If you enjoy these quotes, be sure to check out other famous presidents! More Woodrow Wilson on Wikipedia.

The man who is swimming against the stream knows the strength of it.

If you want to make enemies, try to change something. 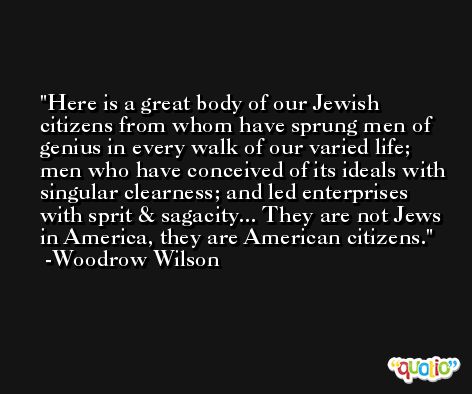 A conservative is a man who sits and thinks, mostly sits.

When you have read the Bible, you will know it is the word of God, because you will have found it the key to your own heart, your own happiness, and your own duty. 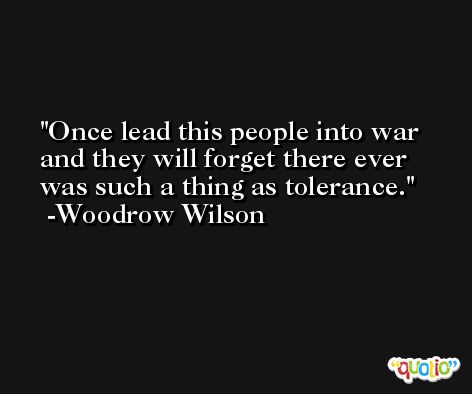 Power consists in one's capacity to link his will with the purpose of others, to lead by reason and a gift of cooperation.

When men take up arms to set other men free, there is something sacred and holy in the warfare. 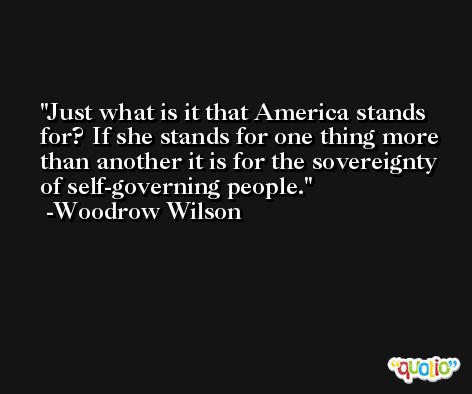 No nation is fit to sit in judgement upon any other nation.

You are not here merely to make a living. You are here to enable the world to live more amply, with greater vision, and with a finer spirit of hope and achievement. You are here to enrich the world. You impoverish yourself if you forget this errand. 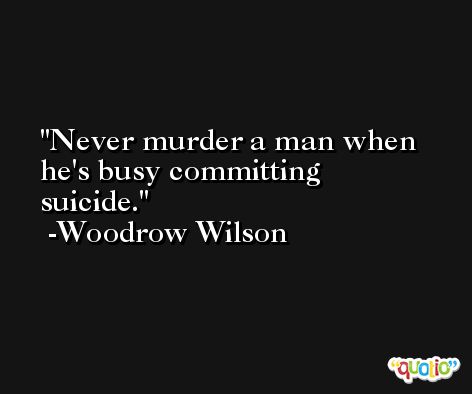 You are not here merely to make a living. You are here in order to enable the world to live more amply, with greater vision, with a finer spirit of hope and achievement. You are here to enrich the world, and you impoverish yourself if you forget the errand. 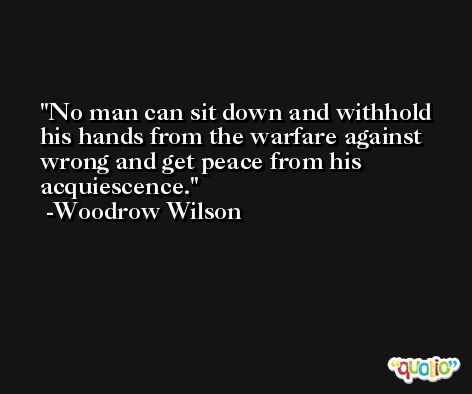 The world must be made safe for democracy.

I not only use all the brains that I have, but all that I can borrow. 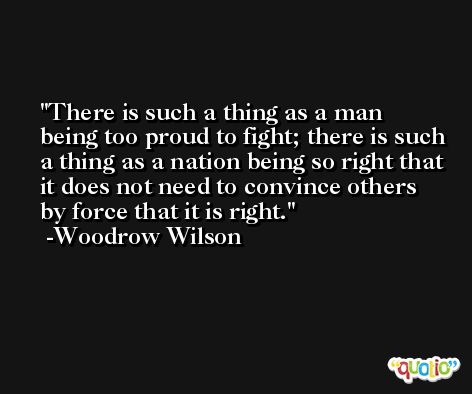 ...it is as hard to do your duty when men are sneering at you as when they are shooting at you.

No one who has read official documents needs to be told how easy it is to conceal the essential truth under the apparently candid and all- disclosing phrases of a voluminous and particularizing report.... 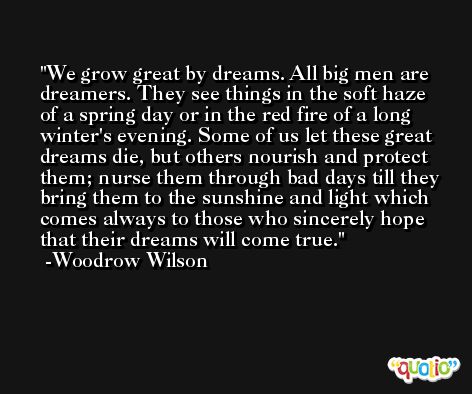 There is no higher religion than human service. To work for the common good is the greatest creed.

The flag is the embodiment, not of sentiment, but of history. 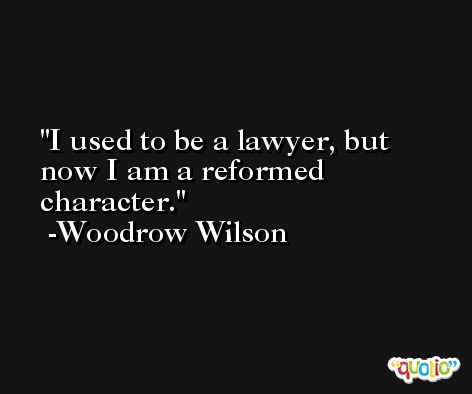 The world must be made safe for democracy. Its peace must be planted upon the tested foundations of political liberty.

America lives in the heart of every man everywhere who wishes to find a region where he will be free to work out his destiny as he chooses. 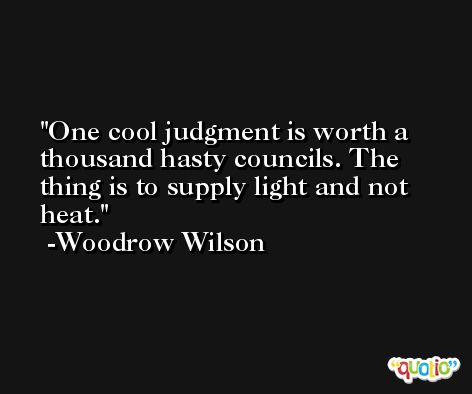 If a dog will not come to you after he has looked you in face, you should go home and examine your consicence.