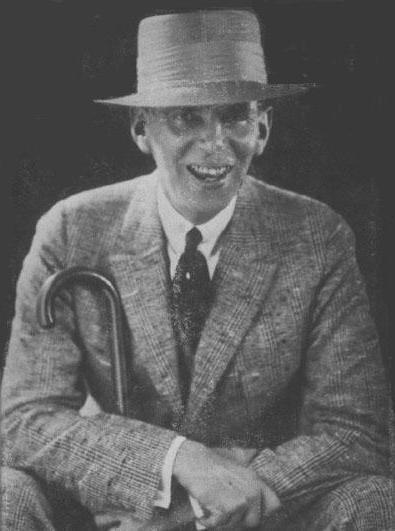 "Wilson Mizner" was an United States/American playwright, raconteur, and entrepreneur. His best-known plays are The Deep Purple, produced in 1910, and The Greyhound, produced in 1912. He was manager and co-owner of The Brown Derby restaurant in Los Angeles, California, and was affiliated with his brother, Addison Mizner, in a series of scams and picaresque misadventures that inspired Stephen Sondheim/Stephen Sondheim's musical Bounce (musical)/Road Show (alternately known as Wise Guys, Gold! and Bounce).

If you enjoy these quotes, be sure to check out other famous dramatists! More Wilson Mizner on Wikipedia.

Those who welcome death have only tried it from the ears up.

A good listener is not only popular everywhere, but after a while he gets to know something. 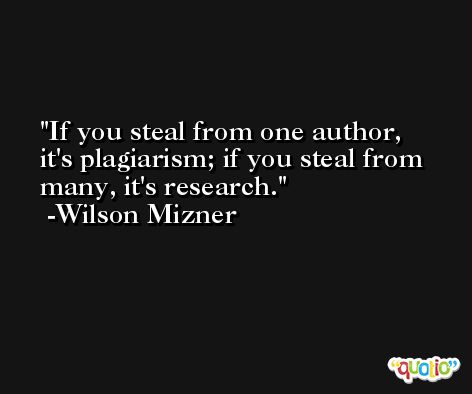 Some of the greatest love affairs I've known have involved one actor - unassisted.

Gambling: The sure way of getting nothing for something. 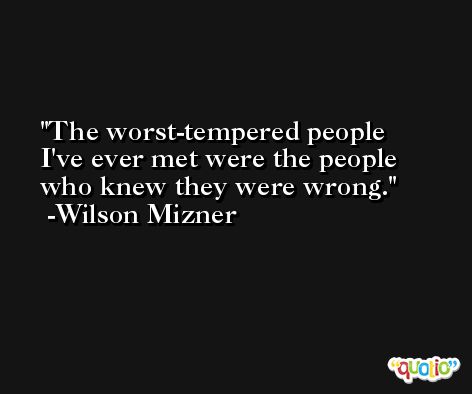 Life is a tough proposition and the first hundred years are the hardest.

Copy from one, it's plagiarism; copy from two, it's research. 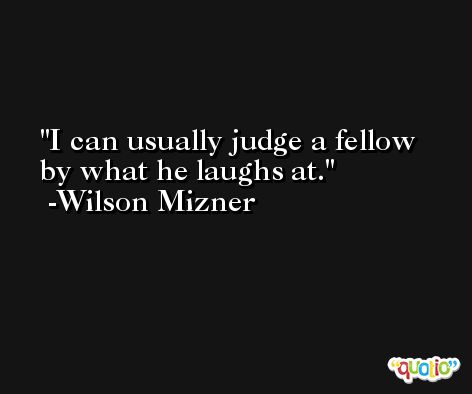 The days just prior to marriage are like a snappy introduction to a tedious book.

To my embarrassment I was born in bed with a lady. 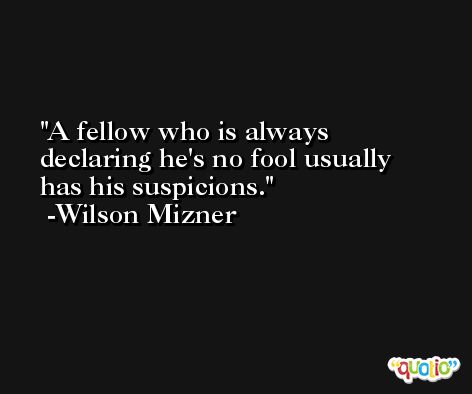 I hate careless flattery, the kind that exhausts you in your effort to believe it. 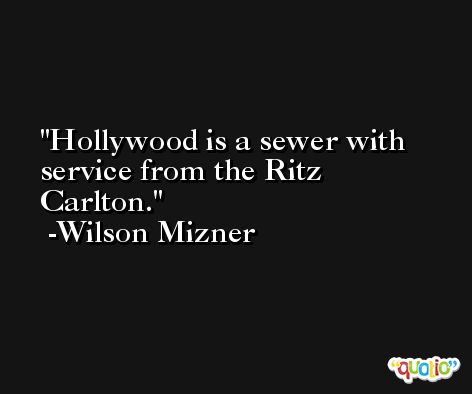 God help those who do not help themselves.

Over in Hollywood they almost made a great picture, but they caught it in time. 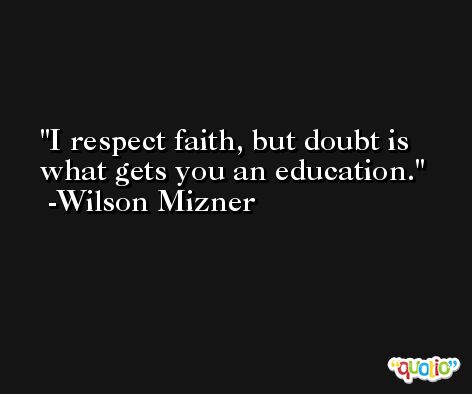 Popularity is exhausting. The life of the party almost always winds up in a corner with an overcoat over him.