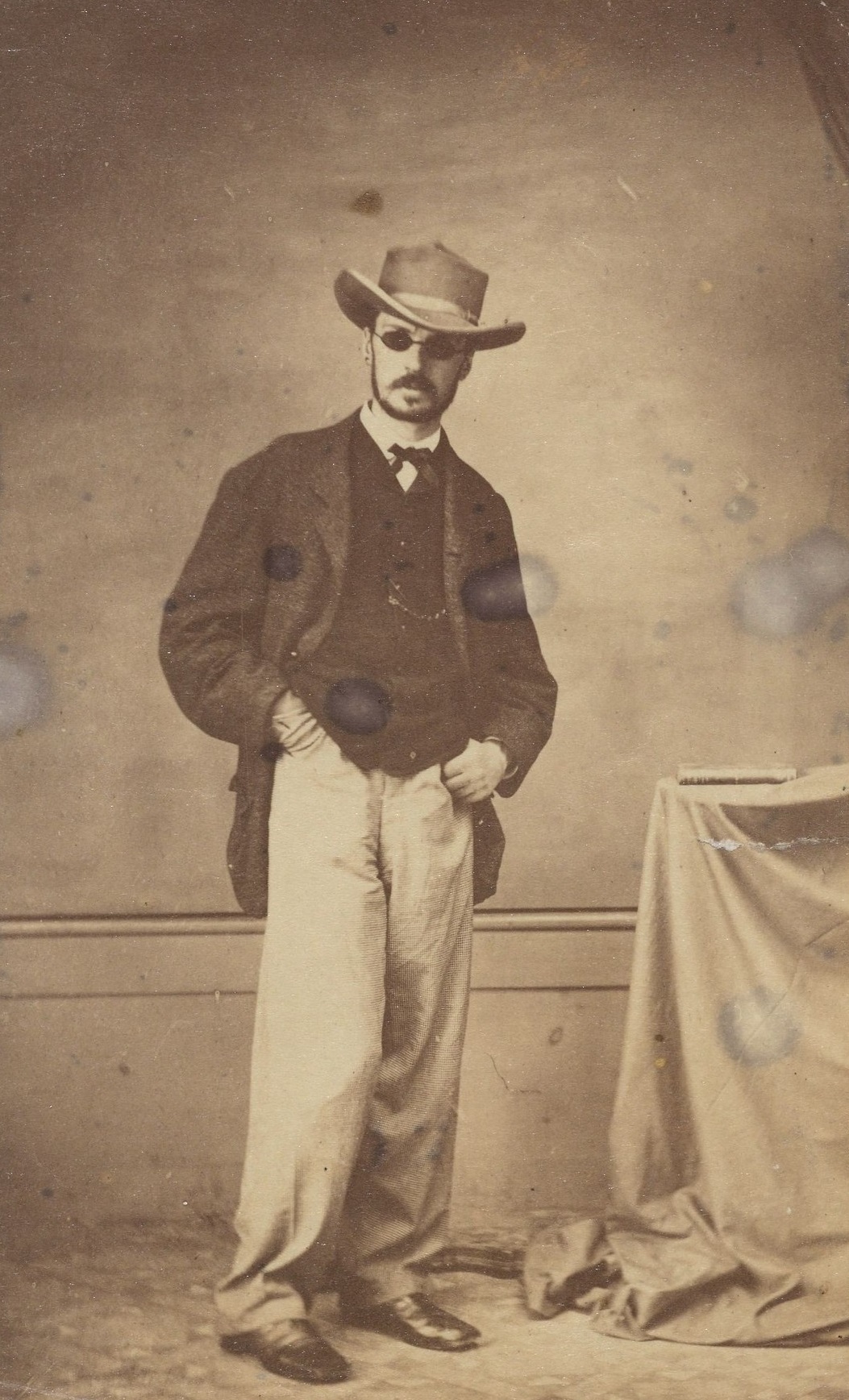 "William James" was an American philosopher and psychology/psychologist who was also trained as a physician. The first educator to offer a psychology course in the United States, James was one of the leading thinkers of the late nineteenth century and is believed by many to be one of the most influential philosophers the United States has ever produced, while others have labelled him the "Father of American psychology". Along with Charles Sanders Peirce and John Dewey, he is considered to be one of the major figures associated with the philosophical school known as pragmatism, and is also cited as one of the founders of functional psychology. He also developed the philosophical perspective known as radical empiricism. James' work has influenced intellectuals such as Émile Durkheim, W. E. B. Du Bois, Edmund Husserl, Bertrand Russell, Ludwig Wittgenstein, Hilary Putnam, and Richard Rorty.

If you enjoy these quotes, be sure to check out other famous philosophers! More William James on Wikipedia.

The great use of life is to spend it for something that will outlast it.

Man can alter his life by altering his thinking. 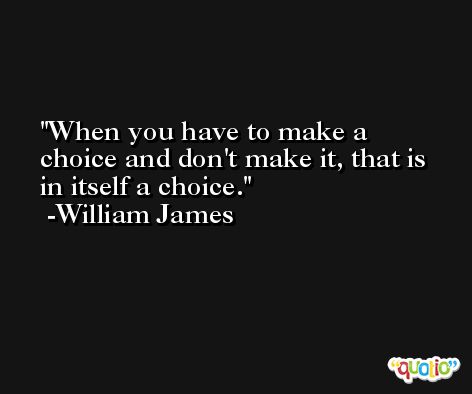 The sovereign cure for worry is prayer.

As a rule we disbelieve all the facts and theories for which we have no use. 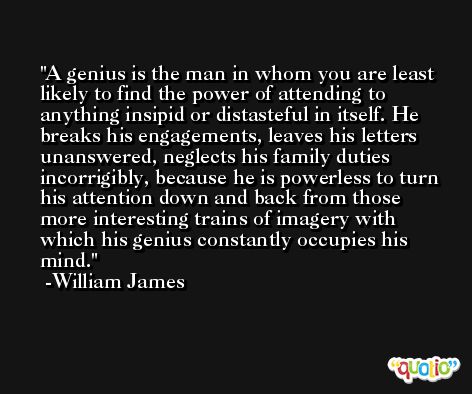 Human beings, by changing the inner attitudes of their minds, can change the outer aspects of their lives.

There is only one thing a philosopher can be relied upon to do, and that is to contradict other philosophers. 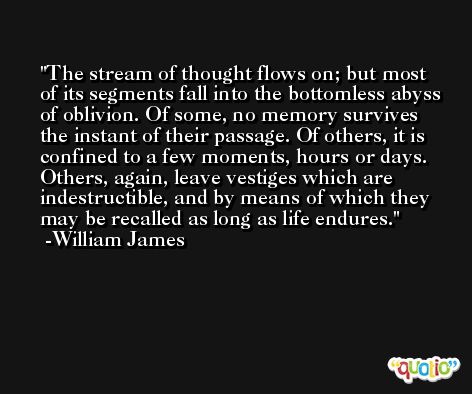 We never fully grasp the import of any true statement until we have a clear notion of what the opposite untrue statement would be.

The greatest discovery of my generation is that a human being can alter his life by altering his attitudes of mind. 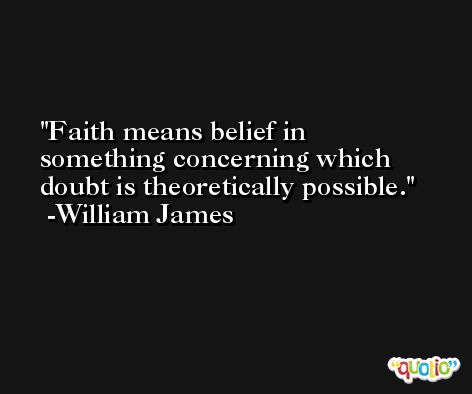 I believe there is no source of deception in the investigation of nature which can compare with a fixed belief that certain kinds of phenomena are impossible. 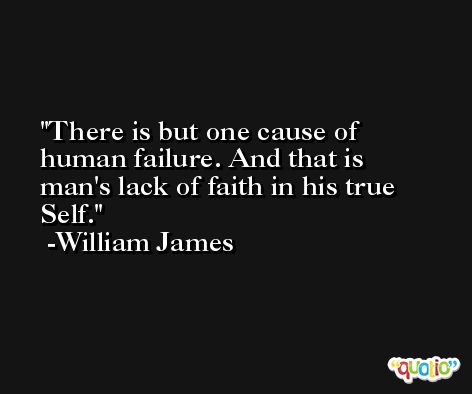 An idea, to be suggestive, must come to the individual with the force of revelation.

If you care enough for a result, you will most certainly attain it. 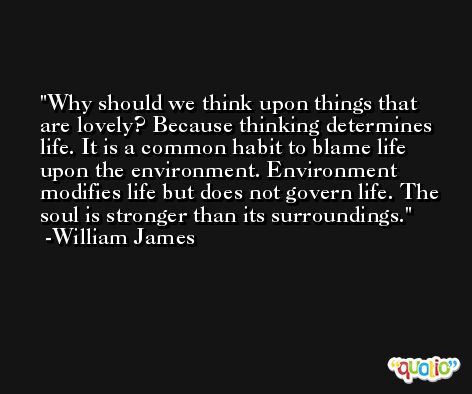 I don't sing because I'm happy; I'm happy because I sing.

Religion is a monumental chapter in the history of human egotism. 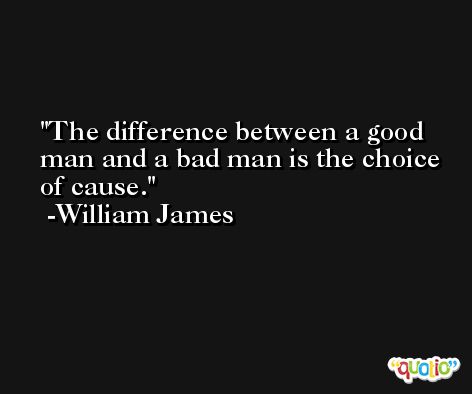 If you want a quality, act as if you already had it.

Human beings are born into this little span of life of which the best thing is its friendship and intimacies, and soon their places will know them no more, and yet they leave their friendships and intimacies with no cultivation, to grow as they will by the roadside, expecting them to 'keep' by force of inertia. 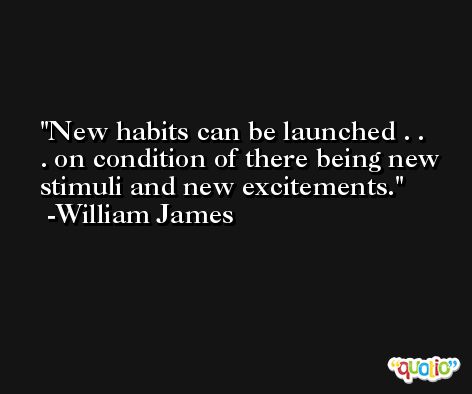 This life is worth living, we can say, since it is what we make it.

A great many people think they are thinking when they are really rearranging their prejudices. 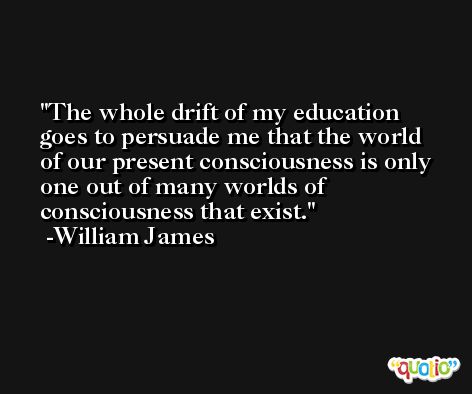 Be not afraid of life. Believe that life is worth living, and your belief will help create the fact.

The art of being wise is the art of knowing what to overlook. 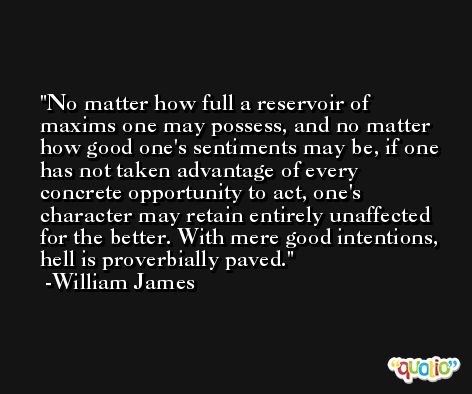