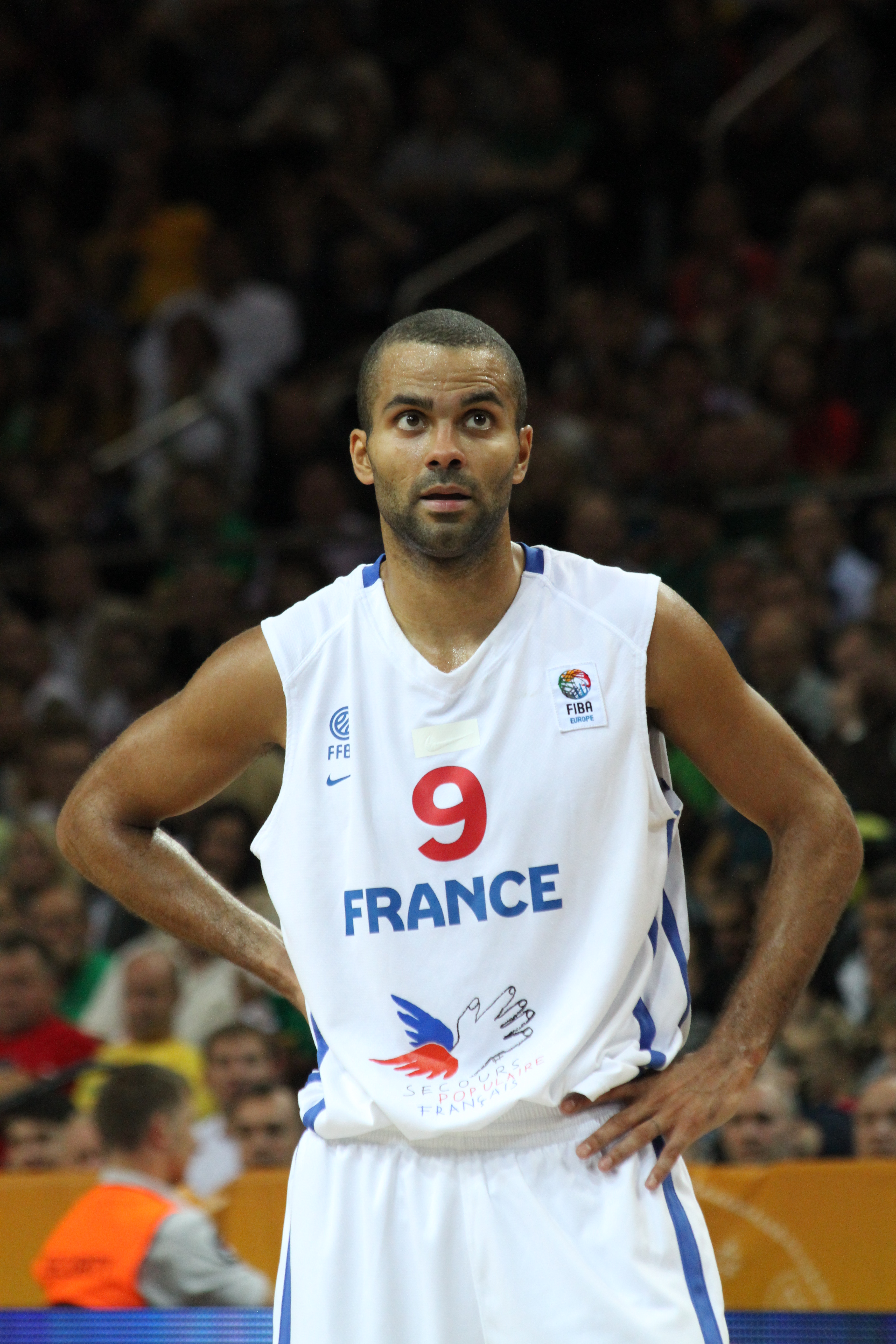 The son of a professional basketball player, Parker played for two years in the Ligue Nationale de Basketball/French basketball league before entering the 2001 NBA draft. He was selected by the San Antonio Spurs with the 28th overall pick in the draft and quickly became their starting point guard, helping the Spurs win four Larry O'Brien Championship Trophy/NBA championships in 2003 NBA Finals/2003, 2005 NBA Finals/2005, 2007 NBA Finals/2007 and 2014 NBA Finals/2014. Employing his pace and high field goal percentage to great effect, Parker has been named to six NBA All-Star Game/NBA All-Star games, three All-NBA Second Teams, and an All-NBA Third Team. He was also the 2007 NBA Finals MVP.

Parker was named as the EuroBasket 2013 MVP following his team's victory over Lithuania (80–66) in the gold medal game. The point guard finished as the tournament's top scorer with 19 points per game.

Parker is also a music artist with his own music album, TP (Tony Parker album)/TP. He married actress Eva Longoria on 7 July 2007. In November 2010, both parties filed for divorce.

If you enjoy these quotes, be sure to check out other famous athletes! More Tony Parker on Wikipedia.

It hurts. Frankly, it hurts terribly. I have just lived one of the biggest loss of my career. It will be difficult to digest that moment. It is extremely hard to accept. I am disappointed.

We definitely miss him.

It's a nice reward for all the hard work I put in. I'm proud.

We made some tactical mistakes in the last few seconds. But overall, I am happy with how we played. That's basketball, you win some, you lose some. We should have finished them off earlier.

Um, Richard, what do you think of Tony Parker being named one of the 50 most beautiful people.

It's just the bad that goes along with the good.

The symbol of a reinvigorated France.

I'm very concerned about it, ... We've not had our chain pulled like this before to realize what a problem there is.