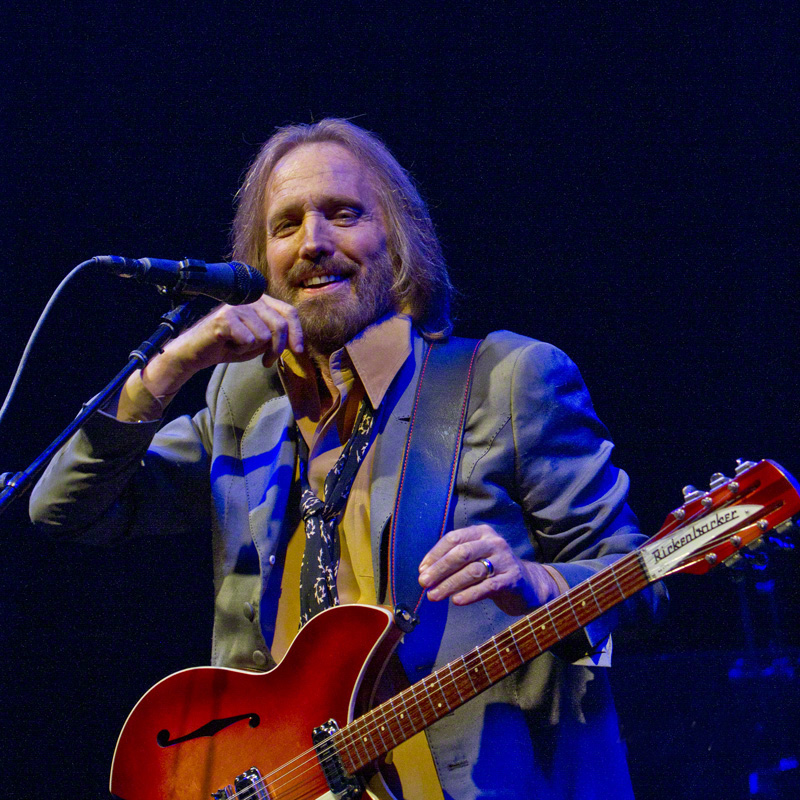 "Thomas Earl" ""Tom"" "Petty" is an American musician, singer, songwriter, multi-instrumentalist, and record producer. He is best known as the lead vocalist of Tom Petty and the Heartbreakers, but is also known as a member and co-founder of the late 1980s in music/1980s supergroup (music)/supergroup the Traveling Wilburys (under the pseudonyms of "Charlie T. Wilbury, Jr." and "Muddy Wilbury") and Mudcrutch.

He has recorded a number of hit singles with the Heartbreakers and as a solo artist, many of which remain heavily played on adult contemporary and classic rock radio. His music has been classified as rock and roll, heartland rock and even stoner rock.

His music, and notably his hits, have become popular among younger generations as he continues to host sold-out shows. Throughout his career, Petty has sold more than 80 million records worldwide, making him one of the List of best-selling music artists/best-selling artists of all time. In 2002, he was inducted into the Rock and Roll Hall of Fame.

If you enjoy these quotes, be sure to check out other famous musicians! More Tom Petty on Wikipedia.

Most things I worry about never happen anyway.

I'm frustrated by what I hear. Maybe it's not meant for me. Personally, I'm way too bright for a lot of the hip-hop lyrics to affect. I'm much too smart to think that jewelry or how cool I am is really going to change much about my personality. If you're dumb enough that it entertains you, have a great time. But I am seeking more than that.

I really do love coming to this particular place.

We've been sent here to raise hell and cause chaos.

Yeah and its over before you know it, It all goes by so fast Yeah the bad nights take forever And the good nights don't ever seem to last.

Like a deer in the headlights, frozen in real time and I'm losing my mind, it's time to move on.