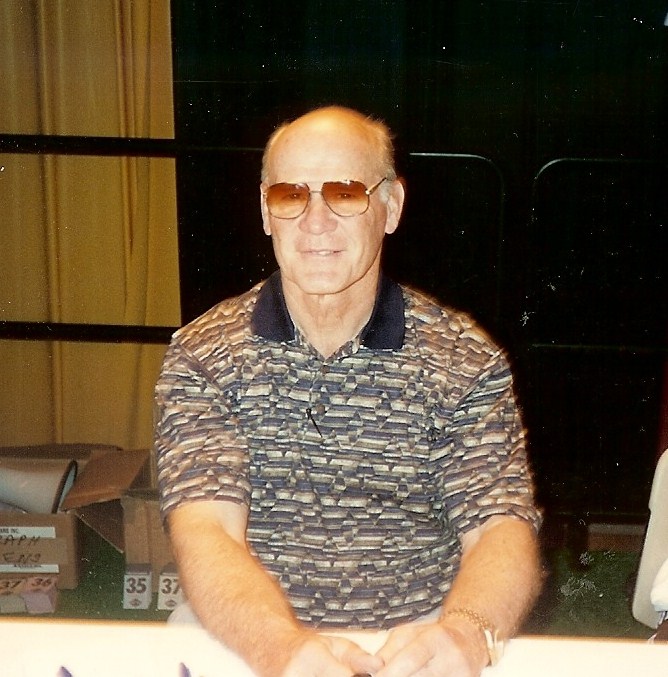 "Thomas Wade "Tom" Landry" was an American American football/football player and coach. He is ranked as one of the greatest and most innovative coaches in National Football League (NFL) history, creating many new formations and methods. He invented the now popular 4–3 defense, and the "flex defense" system made famous by the "Doomsday Defense" squads he created during his 29-year tenure with the Dallas Cowboys. His 29 consecutive years as the coach of one team are an NFL record, along with his 20 consecutive winning seasons.

If you enjoy these quotes, be sure to check out other famous coaches! More Tom Landry on Wikipedia.

If you are prepared, you will be confident, and will do the job.

Football is an incredible game. Sometimes it's so incredible, it's unbelievable. 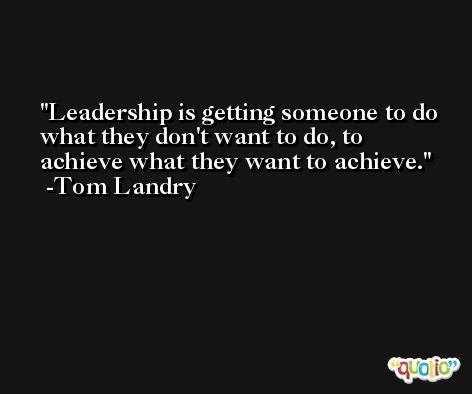 Leadership is a matter of having people look at you and gain confidence, seeing how you react. If you're in control, they're in control.

I've learned that something constructive comes from every defeat. 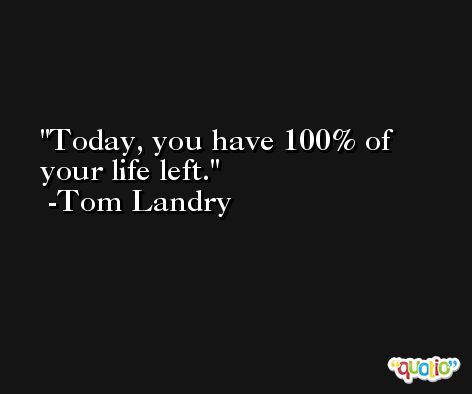 I don't believe in team motivation. I believe in getting a team prepared so it knows it will have the necessary confidence when it steps on a field and be prepared to play a good game.

A team that has character doesn't need stimulation. 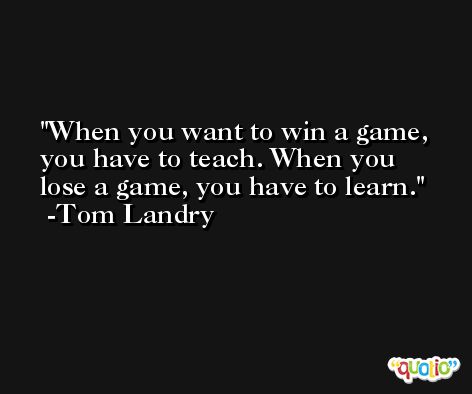