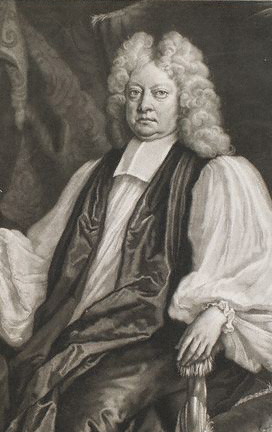 "Thomas Sprat", England/English Anglicanism#Anglican divines/divine, was born at Beaminster, Dorset, and educated at Wadham College, Oxford, where he held a fellowship from 1657 to 1670.

Having taken holy orders/orders he became a prebendary of Lincoln Cathedral in 1660. In the preceding year he had gained a reputation by his poem To the Happie Memory of the most Renowned Prince Oliver, Lord Protector (London, 1659), and he was afterwards well known as a wit, preacher and man of letters.

His chief prose works are the Observations upon Monsieur de Sorbier's Voyage into England (London, 1665), a satirical reply to the strictures on Englishmen in Samuel de Sorbière's book Relation d’un voyage en Angleterre (Paris, 1664), and a [http://books.google.com/books?id=g30OAAAAQAAJ History of the Royal Society of London] (London, 1667), which Sprat had helped to found. The History of the Royal Society elaborates the scientific purposes of the academy and outlines some of the strictures of scientific writing that set the modern standards for clarity and conciseness.

Image:Sprat.JPG/thumb/left/200px/Frontispiece to A History of the Royal Society, showing the crowning of King Charles II. Sir Francis Bacon is shown on the right; William Brouncker, 2nd Viscount Brouncker, the president of the Society, is on the left.

If you enjoy these quotes, be sure to check out other famous writers! More Thomas Sprat on Wikipedia.

Poetry is the mother of superstition.

A great proportion of the wretchedness which has embittered married life, has originated in a negligence of trifles.