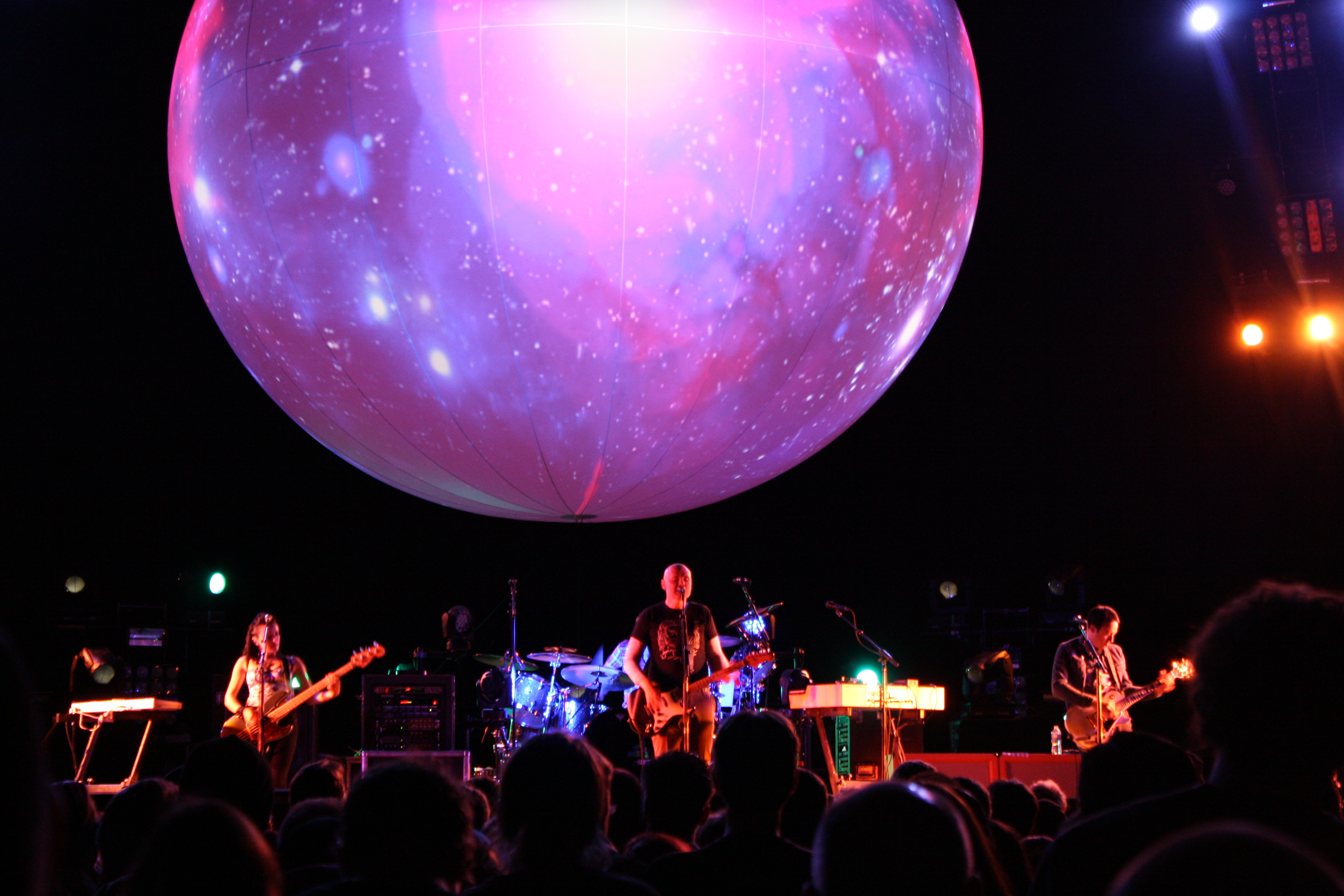 "The Smashing Pumpkins" are an American alternative rock band from Chicago, Illinois, formed in 1988. Formed by frontman Billy Corgan and James Iha (rhythm guitar), the band included Jimmy Chamberlin (drums) and D'arcy Wretzky (bass guitar) in its original incarnation. It List of The Smashing Pumpkins band members/has undergone many line-up changes over the course of its existence, with Corgan and rhythm guitarist Jeff Schroeder currently being the only official core members as of 2014.

Disavowing the punk rock roots of many of their alt-rock contemporaries, the Pumpkins have a diverse, densely layered, and guitar-heavy sound, containing elements of gothic rock, heavy metal music/heavy metal, dream pop, psychedelic rock, progressive rock, shoegazing, and electronica in later recordings. Corgan is the group's primary songwriter—his grand musical ambitions and cathartic lyrics have shaped the band's albums and songs, which have been described as "anguished, bruised reports from Billy Corgan's nightmare-land".

More The Smashing Pumpkins on Wikipedia.

Despite all my rage I am still just a rat in a cage.