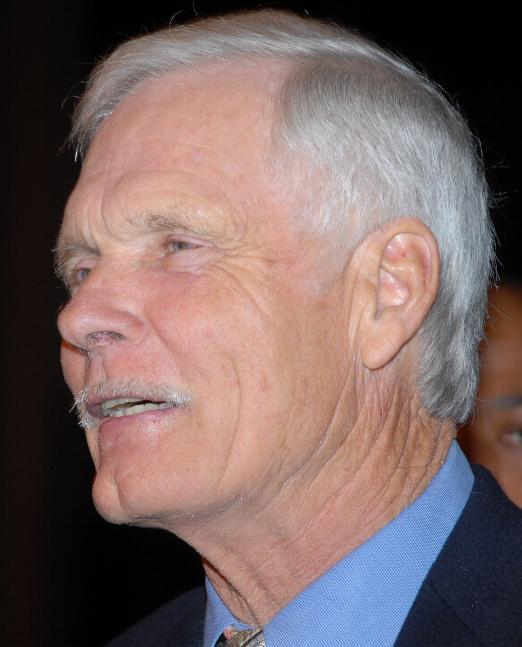 "Robert Edward" ""Ted"" "Turner III" is an American media mogul and philanthropist. As a businessman, he is known as founder of the cable news network CNN, the first 24-hour United States cable news/cable news channel. In addition, he founded WPCH-TV/WTBS, which pioneered the superstation concept in cable television. As a philanthropist, he is known for his $1 billion gift to support the United Nations, which created the United Nations Foundation, a public charity to broaden support for the UN. Turner serves as Chair (official)/Chairman of the United Nations Foundation board of directors.

If you enjoy these quotes, be sure to check out other famous businessmen! More Ted Turner on Wikipedia.

If I had any humility I would be perfect. 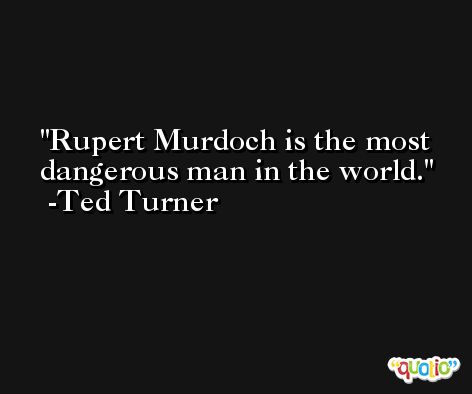 You should set goals beyond your reach so you always have something to live for.

The United States has got some of the dumbest people in the world. I want you to know that we know that. 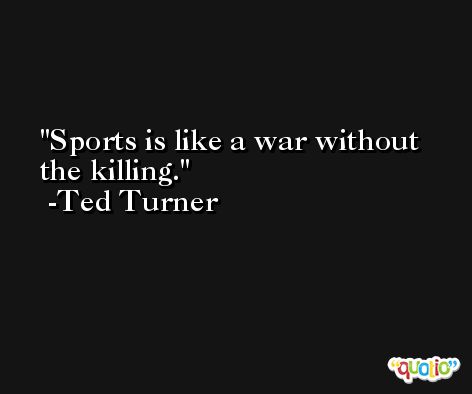 If I only had a little humility, I'd be perfect.

Early to bed, early to rise, work like hell and advertise. 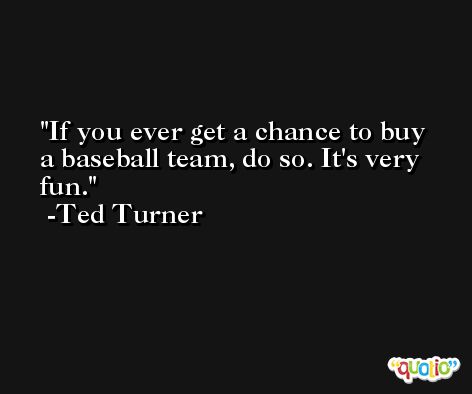 All my life people have said that I wasn't going to make it. 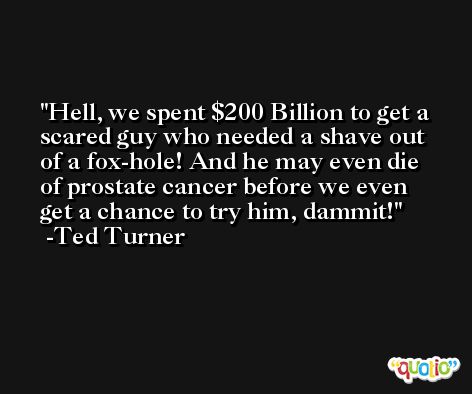 The chief justice developed a fever today and was taken to the Virginia Hospital Center for evaluation.

He was not admitted to the hospital. 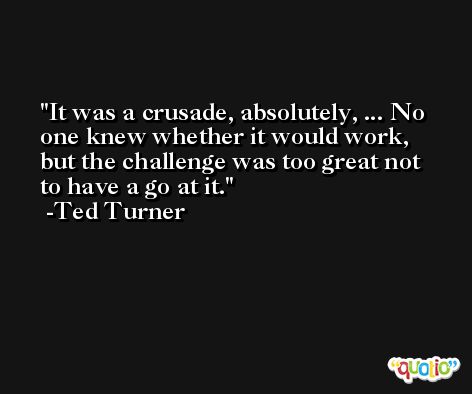 We had a motion from the state to vacate a stay of execution entered by the lower court. That was denied by the court.