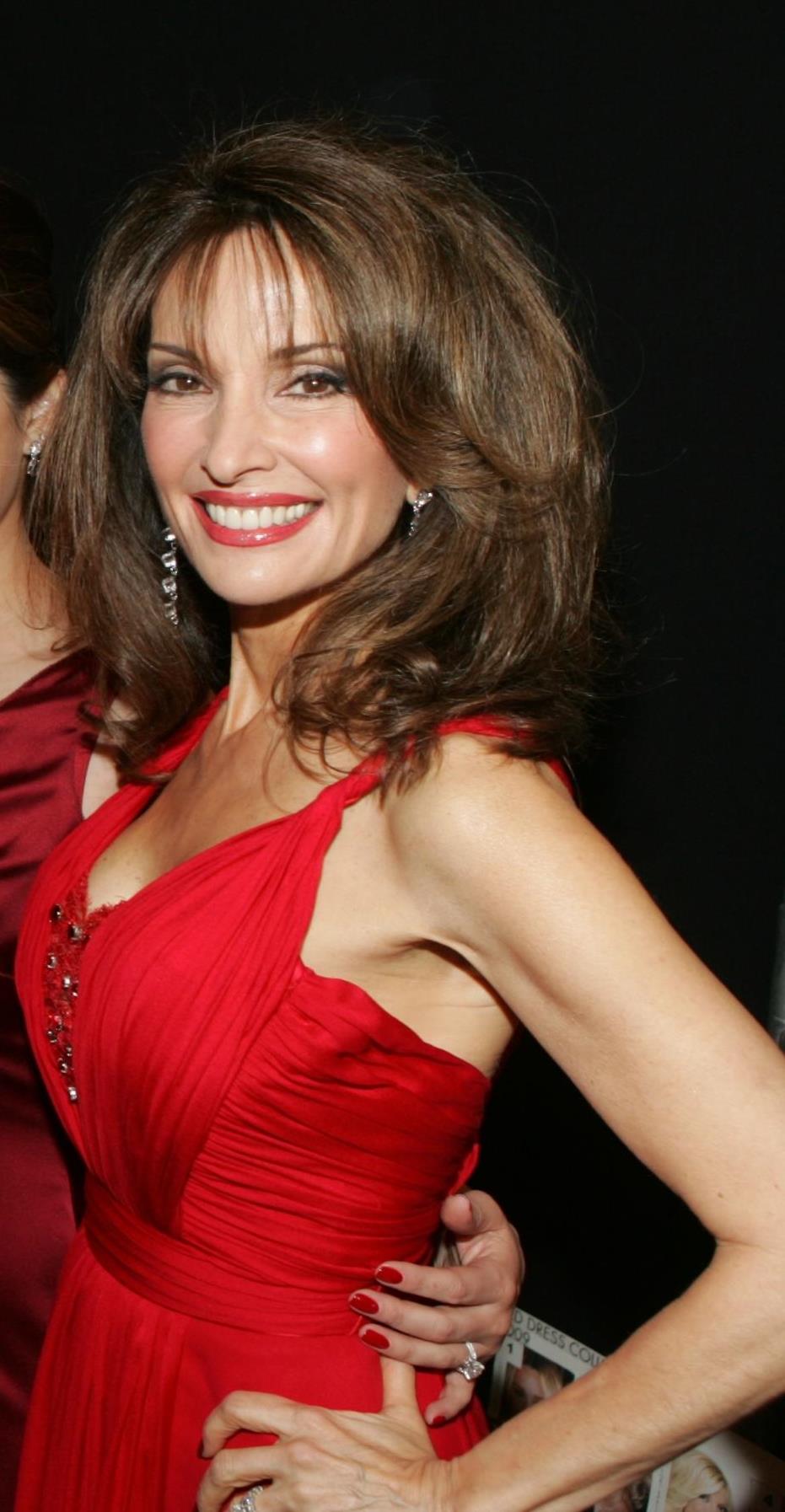 "Susan Victoria Lucci" is an American actress, television host, author and entrepreneur, best known for portraying Erica Kane on the American Broadcasting Company/ABC Soap opera/daytime drama All My Children. The character is considered an Cultural icon/icon, and Lucci has been called "Daytime's Leading Lady" by TV Guide, with The New York Times and the Los Angeles Times citing her as the highest-paid actor in daytime television. As early as 1991, her salary had been reported as over $1 million a year.

In 1996, TV Guide ranked Lucci number 37 on its 50 Greatest TV Stars of All Time list. In 2005, she received a Star on the Hollywood Walk of Fame and was inducted into the NAB Broadcasting Hall of Fame/Broadcasting Hall of Fame in 2006. She was named one of VH1's 200 Top Icons of All-Time and one of Barbara Walters's Ten Most Fascinating People. She has also played roles in made-for-TV movies, hosted many shows and guest starred on television comedy series, including Saturday Night Live and Hot in Cleveland. She also has her own line of hair care products, perfumes, lingerie and skin care, called The Susan Lucci Collection. As of 2012, Lucci hosted Deadly Affairs, and currently stars as Genevieve Delatour in the Lifetime (TV network)/Lifetime television series Devious Maids.

If you enjoy these quotes, be sure to check out other famous actresses! More Susan Lucci on Wikipedia.

I was cued four times.

People always ask me, how do you do everything you do?

I love spaghetti and meatballs...I eat a lot.

I was very happy here with my job in daytime television as Erica Kane. And being able to see my children, and all of that has worked for me.

I really always felt that I was going to be an actress. I had a lot of confidence in the fact that I would do well from a very early age. I didn't know how tough the business is.

My parents were both from extremely different backgrounds. My father's Italian, my mother was of Swedish descent. They're both first-generation Americans.

You know what my greatest personal stumbling block is? My shyness.

All right then. I guess it is.

It was such a thrill to see my photo on a mobile billboard. What a super promotional tool!