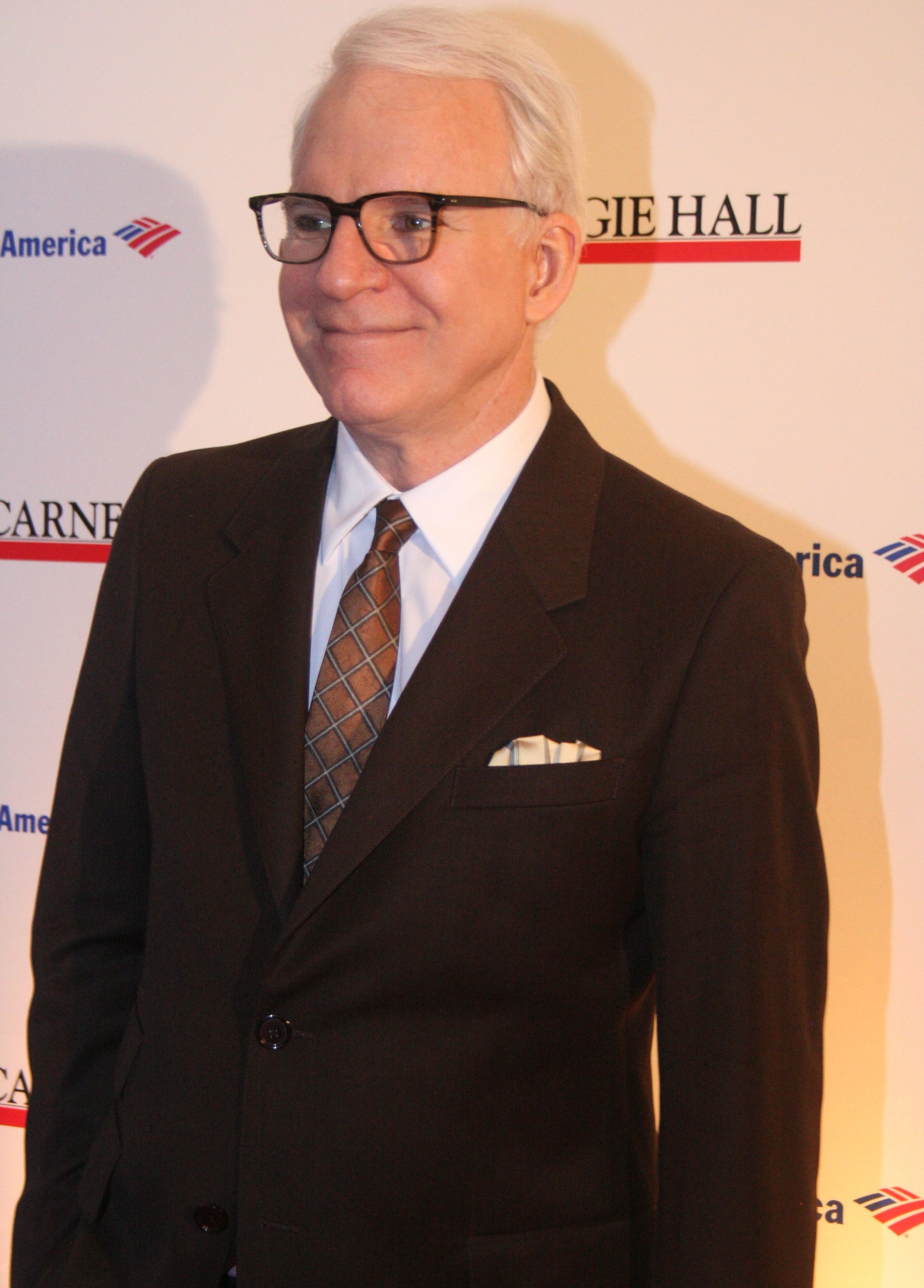 Martin came to public notice as a writer for the Smothers Brothers Comedy Hour, and later became a frequent guest on The Tonight Show. In the 1970s, Martin performed his offbeat, surreal humor/absurdist comedy routines before packed houses on national tours. Since the 1980s, having branched away from stand-up comedy, Martin has become a successful actor, as well as an author, playwright, pianist and banjo player, eventually earning him an Emmy, Grammy and American Comedy Awards/American Comedy awards, among other honors.

In 2004, Comedy Central ranked Martin at sixth place in a list of the 100 greatest stand-up comics. He was awarded an honorary Oscar at the Academy’s 5th Annual Governors Awards in 2013.

If you enjoy these quotes, be sure to check out other famous comedians! More Steve Martin on Wikipedia.

A day without sunshine is like, you know, night.

A kiss may not be the truth, but it is what we wish were true.

First the doctor told me the good news: I was going to have a disease named after me.

You know what your problem is, it's that you haven't seen enough movies - all of life's riddles are answered in the movies.

I've got to keep breathing. It'll be my worst business mistake if I don't.

I gave my cat a bath the other day. . .they love it. He sat there, he enjoyed it, if was fun for me. The fur would stick to my tongue, but other than that. . .

There is one thing I would break up over, and that is if she caught me with another woman. I won't stand for that.

I believe that sex is one of the most beautiful, natural, wholesome things that money can buy.

I like a woman with a head on her shoulders. I hate necks.