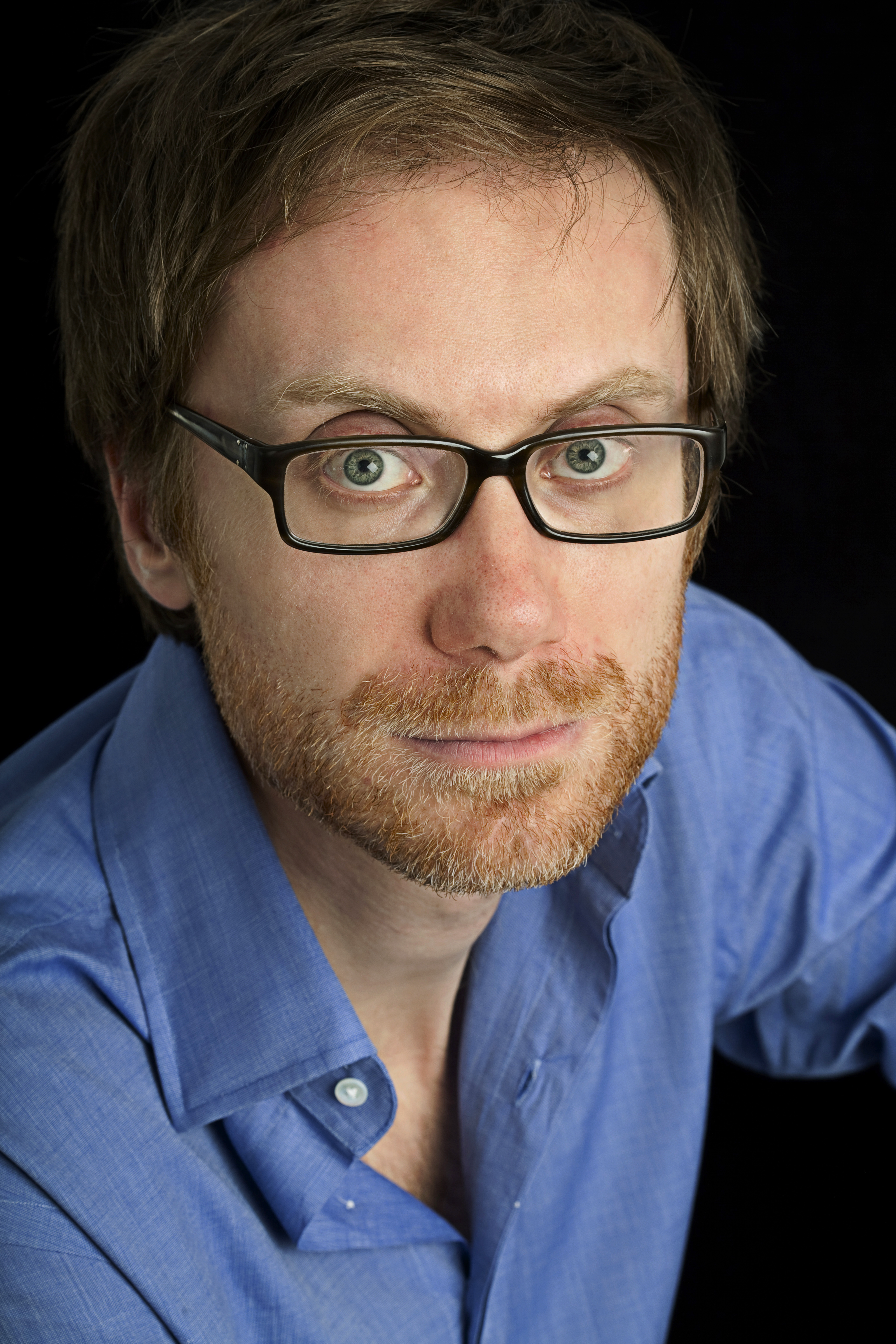 "Stephen James Merchant" is an English writer, director, radio presenter, comedian, and actor. He is best known for his collaborations with Ricky Gervais, as the co-writer and co-director of the popular British sitcom The Office (UK TV series)/The Office, co-writer, co-director, and co-star of Extras (TV series)/Extras, and co-host of The Ricky Gervais Show in its radio, podcast, audiobook, and television show forms. The Ricky Gervais Show in radio form won a bronze Sony Award.

Merchant appeared as himself in the BBC series Life's Too Short, which he co-wrote and co-directed. He also voiced the character Wheatley (Portal)/Wheatley in the popular 2011 video game Portal 2, co-developed the Sky1 travel series An Idiot Abroad, and performs as a stand-up comedian. He has won three BAFTA Awards, four British Comedy Awards and an Emmy Award. His latest project was a starring role on a show he created, wrote, and directed, called Hello Ladies.

If we put the real Ricky on screen, with all his neuroses, it'd be worse than (his character on The Office) David Brent. People would hate him.

We didn't want to have this kind of hermetically sealed world. We want to have different people coming in and interacting each week.