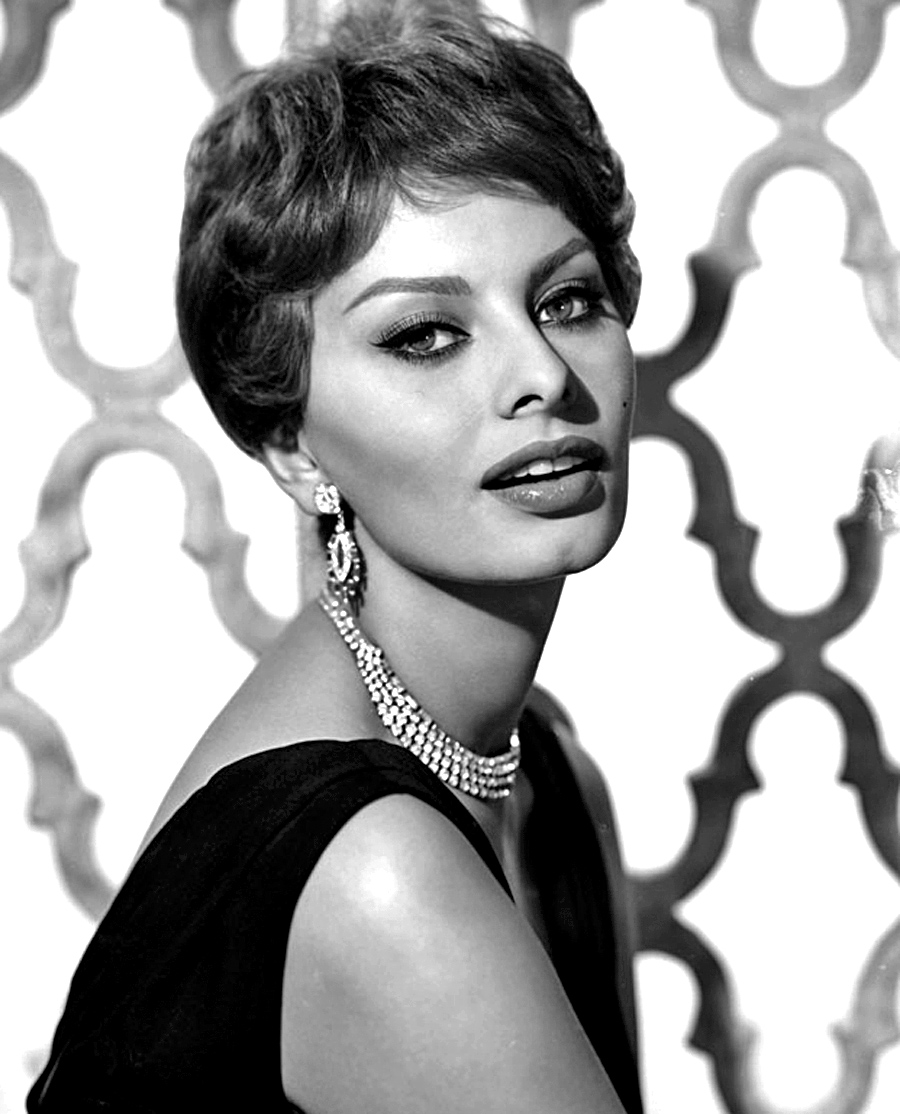 "Sophia Loren" is an Italian film star. She began her career at age 14 after entering a beauty pageant in 1949. Encouraged to enroll in acting lessons, Loren appeared in several bit parts and minor roles until the late 1950s when Loren's five-picture contract with Paramount Pictures/Paramount launched her international career. Notable film appearances around this time include Houseboat (film)/Houseboat, That Kind of Woman and It Started in Naples.

It was not until her performance as Cesira in Vittorio De Sica's Two Women that her talents as an actress were recognised. Loren's performance earned her the Academy Award for Best Actress in 1962 and made her the first artist to win an Oscar for a foreign-language performance. She holds the record for having earned six David di Donatello Awards for Best Actress, the most ever received: Two Women; Yesterday, Today and Tomorrow; Marriage Italian-Style (for which she was nominated for a second Oscar); Sunflower (1970 film)/Sunflower; The Voyage (film)/The Voyage and A Special Day. After starting her family in the early 1970s, Loren spent less time on her acting career and chose to make only occasional film appearances. In later years, she has appeared in American films such as Grumpier Old Men and Nine (2009 live-action film)/Nine.

If you enjoy these quotes, be sure to check out other famous actresses! More Sophia Loren on Wikipedia.

Spaghetti can be eaten most successfully if you inhale it like a vacuum cleaner.

Getting ahead in a difficult profession requires avid faith in yourself. That is why some people with mediocre talent, but with great inner drive, go much further than people with vastly superior talent. 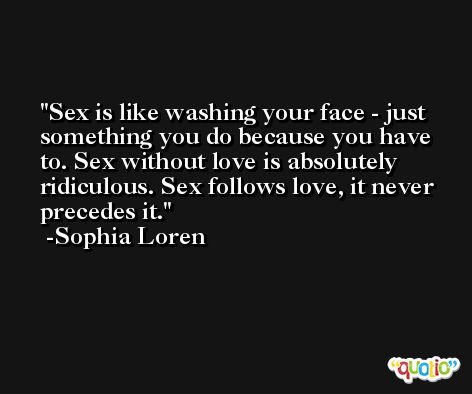 Nothing makes a woman more beautiful than the belief that she is beautiful. 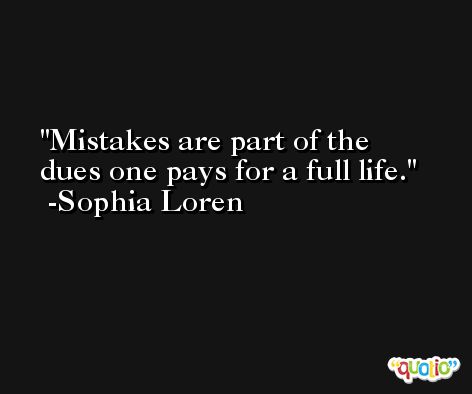 After all these years, I am still involved in the process of self-discovery. It's better to explore life and make mistakes than to play it safe. Mistakes are part of the dues one pays for a full life.

I think the quality of sexiness comes from within. It is something that is in you or it isn't and it really doesn't have much to do with breasts or thighs or the pout of your lips. 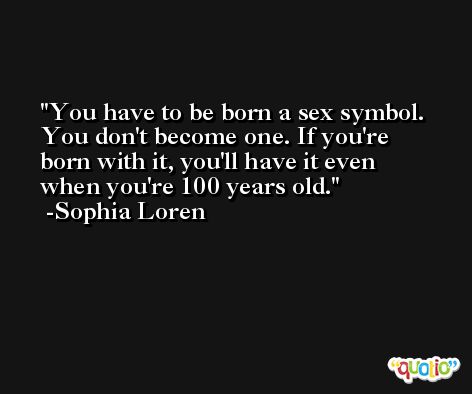 Beauty is how you feel inside, and it reflects in your eyes. It is not something physical.

Everything you see I owe to spaghetti.