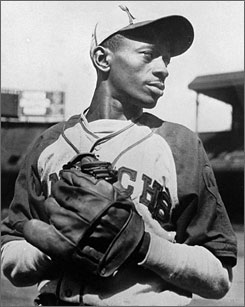 "Leroy Robert "Satchel" Paige" was an United States/American baseball player whose pitcher/pitching in the Negro league baseball/Negro leagues and in Major League Baseball (MLB) made him a legend in his own lifetime. He was elected to the Baseball Hall of Fame in 1971, the first player to be inducted based upon his play in the Negro leagues.

Paige was a right-handed pitcher and was the oldest rookie to play in MLB at the age of 42. He played with the Baltimore Orioles/St. Louis Browns until age 47, and represented them in the Major League Baseball All-Star Game/All-Star Game in 1952 in baseball/1952 and 1953 in baseball/1953. He first played for the semi-professional Mobile Tigers from 1924 to 1926.

Paige began his professional career in 1926 with the Chattanooga Black Lookouts of the Negro Southern League, and played his last professional game on June 21, 1966, for the Peninsula Grays of the Carolina League.

If you enjoy these quotes, be sure to check out other famous athletes! More Satchel Paige on Wikipedia.

Age is a case of mind over matter. If you don't mind, it don't matter.

Money and women. They're two of the strongest things in the world. The things you do for a woman you wouldn't do for anything else. Same with money. 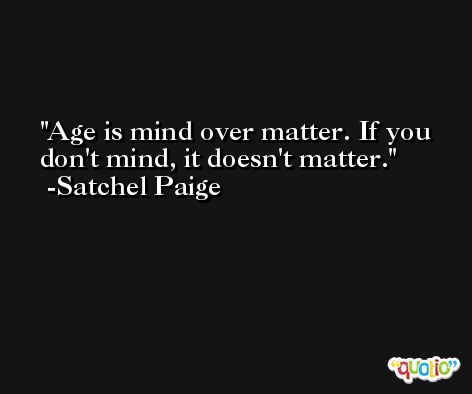 Don't look back: Something may be gaining on you.

Sometimes I sits and thinks, and sometimes I just sits. 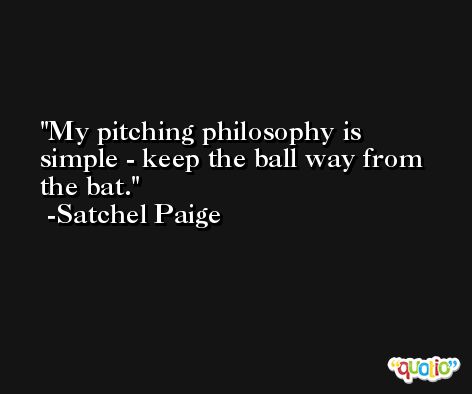 Not to be cheered by praise, not to be grieved by blame, but to know thoroughly one's own virtues or powers are the characteristics of an excellent man. 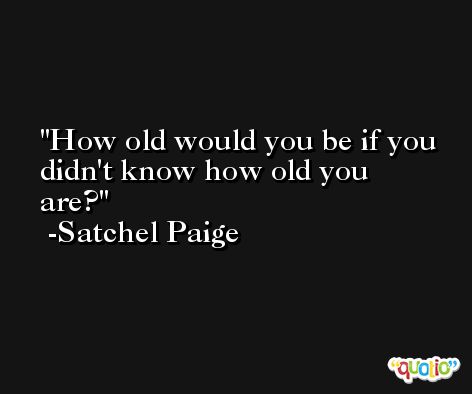 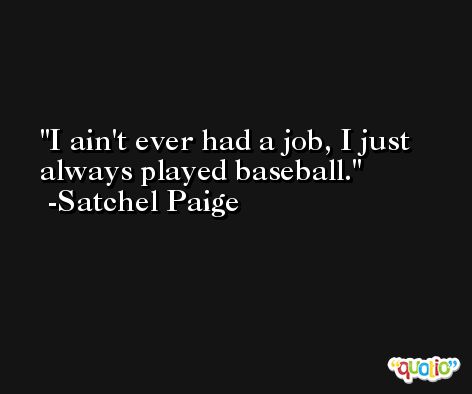