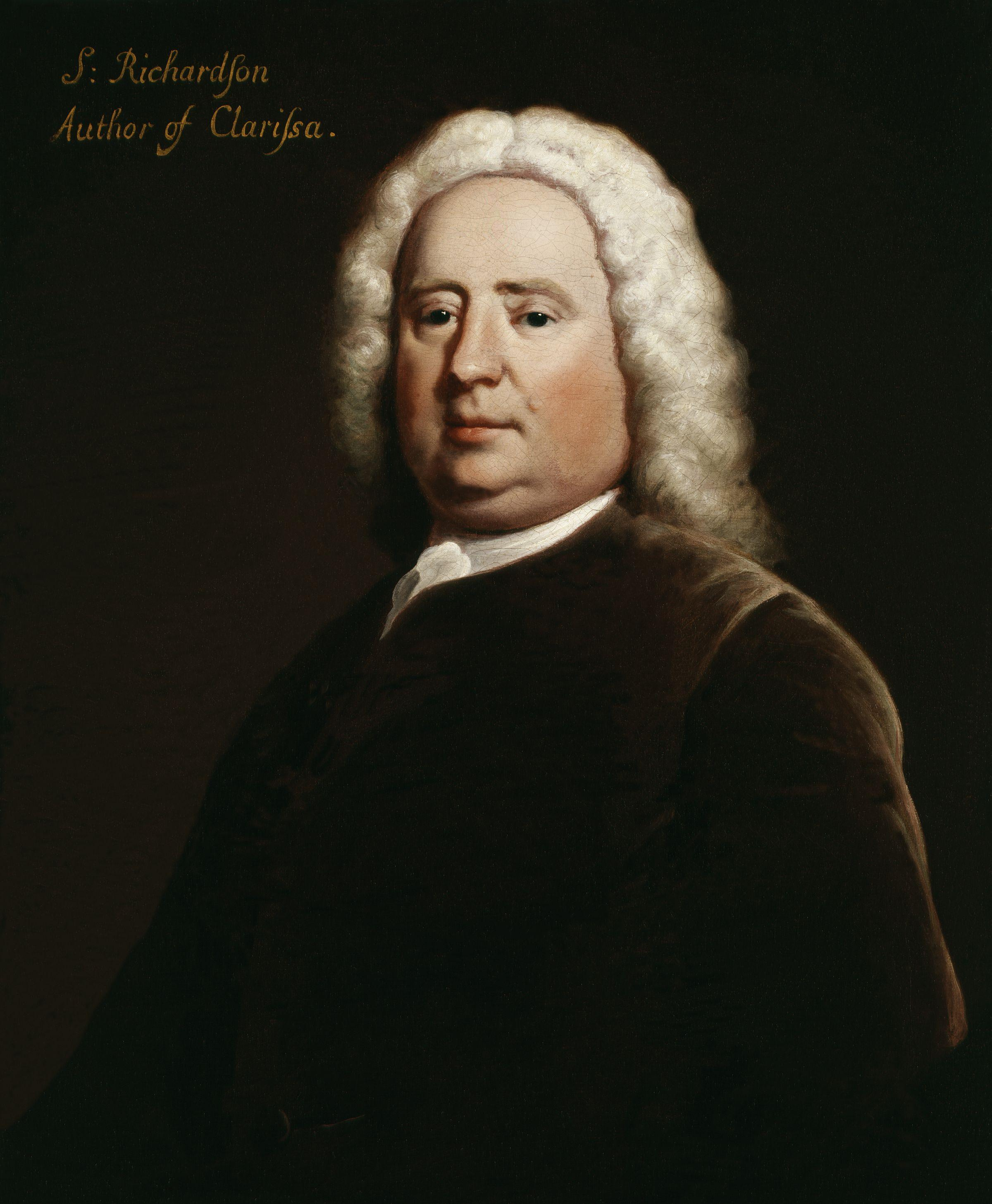 "Samuel Richardson" was an 18th-century English writer and Printer (publisher)/printer. He is best known for his three epistolary novels: Pamela (novel)/Pamela: Or, Virtue Rewarded (1740), Clarissa/Clarissa: Or the History of a Young Lady (1748) and The History of Sir Charles Grandison (1753). Richardson was an established printer and publisher for most of his life and printed almost 500 different works, including journals and magazines.

At a very early age, Richardson was apprenticed to a printer, whose daughter he eventually married. He lost his first wife along with their five sons, and eventually remarried. Although with his second wife he had four daughters who lived to become adults, they had no male heir to continue running the printing business. While his print shop slowly ran down, at the age of 51 he wrote his first novel and immediately became one of the most popular and admired writers of his time.

He knew leading figures in 18th-century England, including Samuel Johnson and Sarah Fielding. In the London literary world, he was a rival of Henry Fielding, and the two responded to each other's literary styles in their own novels.

His name was on the Index Librorum Prohibitorum, a list established by the pope containing the names of books that Catholics were not allowed to read.

If you enjoy these quotes, be sure to check out other famous novelists! More Samuel Richardson on Wikipedia.

Good men must be affectionate men.