"Samuel Barclay Beckett" was an Ireland/Irish avant-garde novelist, playwright, theatre director, and poet, who lived in Paris for most of his adult life and wrote in both English and French. His work offers a bleak, Tragicomedy/tragicomic outlook on human nature, often coupled with black comedy and Gallows humor/gallows humour.

Beckett is widely regarded as among the most influential writers of the 20th century. He is considered one of the last Modernism/modernists. As an inspiration to many later writers, he is also sometimes considered one of the first Postmodernism/postmodernists. He is one of the key writers in what Martin Esslin called the "Theatre of the Absurd". His work became increasingly Minimalism/minimalist in his later career.

Beckett was awarded the 1969 Nobel Prize in Literature "for his writing, which—in new forms for the novel and drama—in the destitution of modern man acquires its elevation". He was elected Saoi of Aosdána in 1984.

If you enjoy these quotes, be sure to check out other famous playwrights! More Samuel Beckett on Wikipedia.

The major sin is the sin of being born.

Every word is like an unnecessary stain on silence and nothingness. 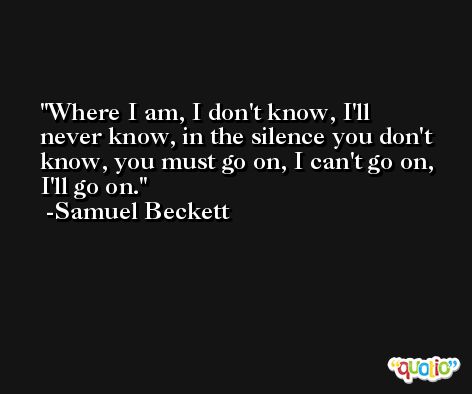 The fact is, it seems, that the most you can hope is to be a little less, in the end, the creature you were in the beginning, and the middle.

Vladimir: That passed the time.Estragon: It would have passed in any case.Vladimir: Yes, but not so rapidly. 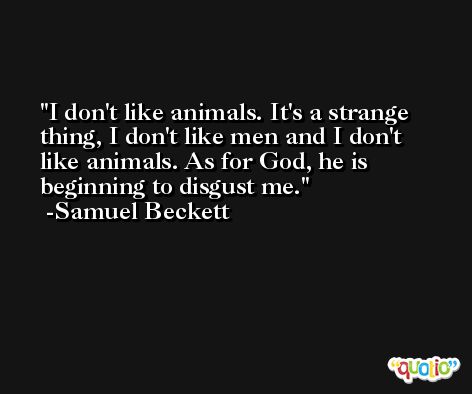 Each word seemed to me an unnecessary stain on silence of nothingness. 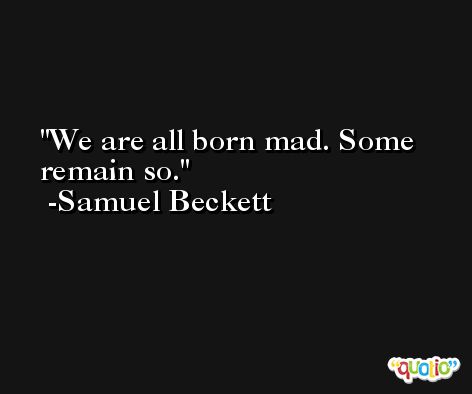 Yes, I don't know why, but I have never been disappointed, and I often was in the early days, without feeling at the same time, or a moment later, an undeniable relief.