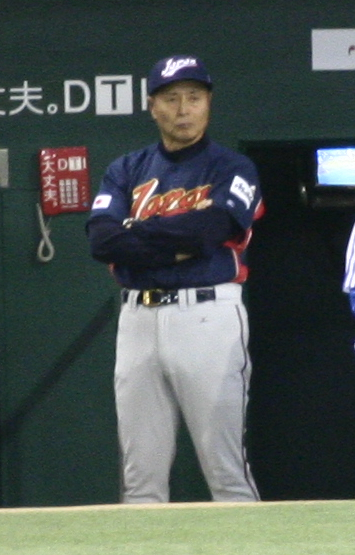 If you enjoy these quotes, be sure to check out other famous athletes! More Sadaharu Oh on Wikipedia.

We gave everything we had. We learned that our opponents' desire was higher than ours.

We struggled to score runs against some very good pitching.

We have a saying in Japanese that 'the third time will reveal the truth' and since we've lost twice to South Korea and both were games that we lost by one run and gave up two runs in the eighth inning, we would love the opportunity to meet them again and win.

Our games were very close games. I believe either team could have won either game. We would like to show our best performance this time.

Again, it was the same right fielder who made that catch at Tokyo Dome. It changed a situation from one where we could have scored to one in which we did not. It has been indicative of the way momentum has flowed in this tournament.

We have a saying in Japan - third time comes truth.

I thought I would never, never get a chance to manage a team like this.

To be honest, I haven't felt this thrilled in a long time.

Tomorrow if we can win, we'll be happy. What happened (on Sunday), happened. It's in the past now and it's time to move on.