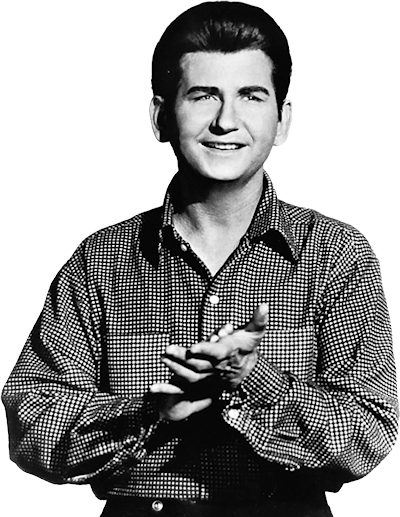 "Roy Kelton Orbison", also known by the nickname the Big O, was an American singer-songwriter, best known for his trademark sunglasses, distinctive, powerful voice, complex compositions, and dark emotional ballads. Orbison grew up in Texas and began singing in a rockabilly/Country music/country and western band in high school until he was signed by Sun Records in Memphis, Tennessee/Memphis. His greatest success came with Monument Records between 1960 and 1964, when 22 of his songs placed on the Billboard (magazine)/Billboard Top 40, including "Only the Lonely", "Crying (Roy Orbison song)/Crying", and "Oh, Pretty Woman". His career stagnated through the 1970s, but was revived by several covers of his songs and the use of "In Dreams (Roy Orbison song)/In Dreams" in David Lynch's film Blue Velvet (film)/Blue Velvet (1986).

In 1988, he joined the Traveling Wilburys Supergroup (music)/supergroup with George Harrison, Bob Dylan, Tom Petty, and Jeff Lynne and also released a new solo album. He died of a heart attack in December that year, at the zenith of his resurgence. His life was marred by tragedy, including the death of his first wife and his two eldest sons in separate accidents.

If you enjoy these quotes, be sure to check out other famous musicians! More Roy Orbison on Wikipedia.

I close my eyes, then I drift away, into the magic night I softly say. A silent prayer, like dreamers do, then I fall asleep to dream my dreams of you.

Only the lonely know the way I feel tonight.

Look how quickly he was outstripped by other white rockers.

I got a woman that's mean as she can be, sometimes I think she's almost as mean as me.

As you stopped to say hello, oh, you wished me well, you couldn't tell that I'd been crying over you.

Pretty woman, I don't believe you, you're not the truth. No one could look as good as you, mercy.