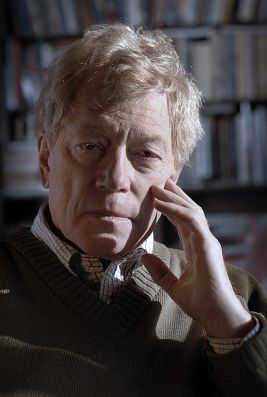 "Roger Vernon Scruton", Fellow of the British Academy/FBA, FRSL is an English philosopher who specialises in aesthetics. He has written over thirty books, including Art and Imagination (1974), The Meaning of Conservatism (1980), Sexual Desire (book)/Sexual Desire (1986), The Philosopher on Dover Beach (1990), The Aesthetics of Music (1997), Beauty (2009), How to Think Seriously About the Planet: The Case for an Environmental Conservatism (2012), Our Church (2012), and How to be a Conservative (2014). Scruton has also written two novels and a number of general textbooks on philosophy and culture, and he has composed two operas.

Scruton was a lecturer and professor of aesthetics at Birkbeck, University of London/Birkbeck College, London, from 1971 to 1992. Since 1992, he has held part-time positions at Boston University, the American Enterprise Institute in Washington, D.C., and the University of St Andrews.[http://www.roger-scruton.com/about/rs-cv.html "About"], roger-scruton.com, accessed 5 September 2010.

Our gardens are symbols of home rather than seduction. Young people with fire in their blood are seldom found in them. The garden is the scene of middle age, of the slow passage from sexual excitement to domestic routine.

[In] An Intelligent Person's Guide to Modern Culture, ... Sometimes, as with the Spice Girls or the Pet Shop Boys, serious doubts arise as to whether the performers made more than a minimal contribution to the recording, which owes its trademark to subsequent sound engineering, designed precisely to make it unrepeatable.

The sexual parts are not only vivid examples of the body's dominion; they are also apertures whose damp emissions and ammoniac smells testify to the mysterious putrefaction of the body.