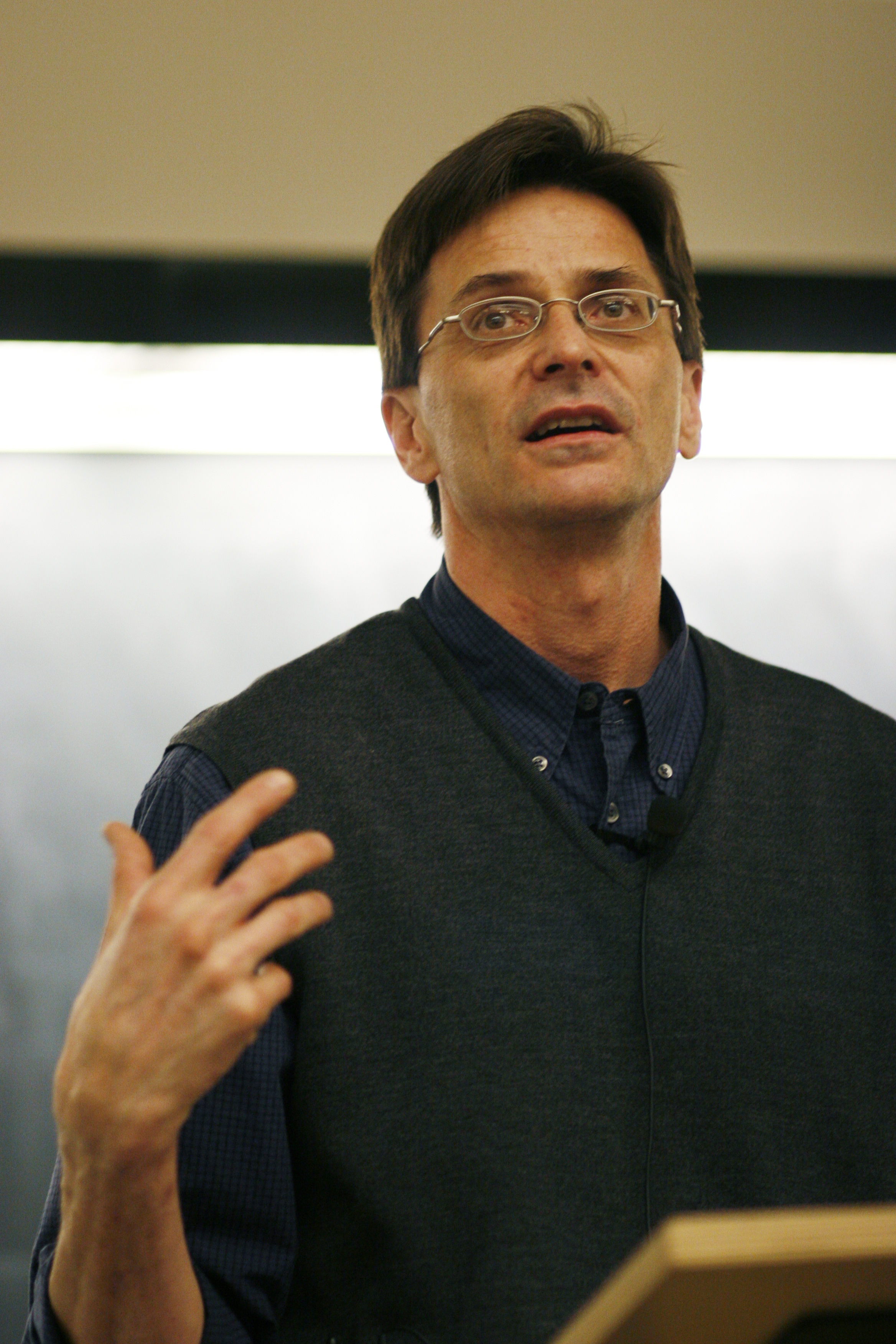 "Robert William Jensen" (born 1958) is a professor of journalism at the University of Texas at Austin College of Communication. He joined the faculty in 1992 after completing his Ph.D. in media law and ethics in the School of Journalism and Mass Communication at the University of Minnesota. He teaches graduate and undergraduate courses in media law, ethics, and politics.

In his research, Jensen draws on a variety of critical theories. As a radical Feminism/feminist, Jensen has focused much of his work on the Feminist views on pornography#Radical feminist opposition/radical feminist critique of pornography and of masculinity. He also has written about white privilege and institutional racism.

In addition to teaching and research, Jensen writes for popular media, both alternative and mainstream. His opinion and analytic pieces on such subjects as foreign policy, politics, and race have appeared in papers around the U.S. He also is involved in a number of activist groups working against U.S. military and economic domination, including the Third Coast Activist Resource Center.

Jensen identifies as a Christian Radical. He has one child, a son. Jensen is married to musician Eliza Gilkyson.

We still have 1,500 or 1,400 people unidentified from the tsunami. I don't think this one will take that long, but I don't know. There is still a lot of water.

Without identification and a death certificate, there is no life insurance payout or probate.

The world has to address how mass fatality incidents are dealt with. Because ultimately it is the families who suffer.

I think it's a good thing. I bet it'll fill that truck up. It's a pretty giving community and I'm glad to be a part of it.

This is not going to be quick or easy. It is not something that will be handled in a couple of weeks.

On Sept. 10 there was pain and suffering of a world manifested by power. There is nothing special about Sept. 11; there is nothing special about our pain in this country. It mattered no more or no less than the pain and suffering of the rest of the world that day. We cannot contribute to the lives lost by innocent civilians because of a corruption of power.

The Heart of Whiteness.

The tsunami was the first time that countries wanted a say in how their dead were returned home. Now there is movement between countries, and at Interpol, to ask what agreements can be reached to avoid confusion the next time.