}} July 7, 1907 – May 8, 1988) was an American people/American science fiction writer. Often called the "dean of science fiction writers", he was one of the most influential and controversial authors of the genre in his time. He set a standard for scientific and engineering plausibility, and helped to raise the genre's standards of literary quality.

If you enjoy these quotes, be sure to check out other famous writers! More Robert A. Heinlein on Wikipedia.

Always listen to experts. They'll tell you what can't be done and why. Then do it.

There is no such thing as luck. There is only adequate or inadequate preparation to cope with a statistical universe. 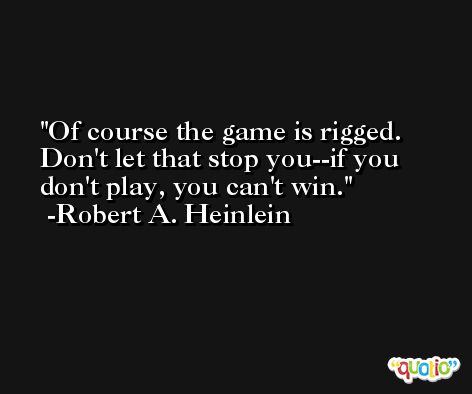 Love is the condition in which the happiness of another person is essential to your own.... Jealousy is a disease, love is a healthy condition. The immature mind often mistakes one for the other, or assumes that the greater the love the greater the jealousy.

A poet who reads his verse in public may have other nasty habits. 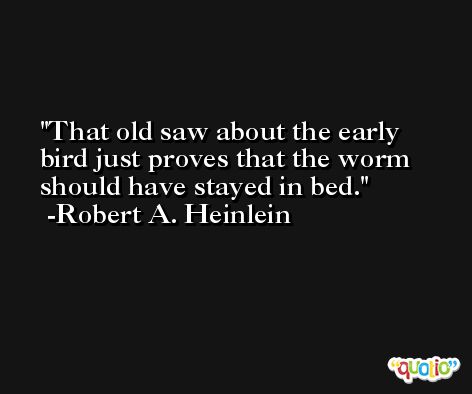 Writing is not necessarily something to be ashamed of, but do it in private and wash your hands afterwards.

Never try to teach a pig to sing; it wastes your time and it annoys the pig. 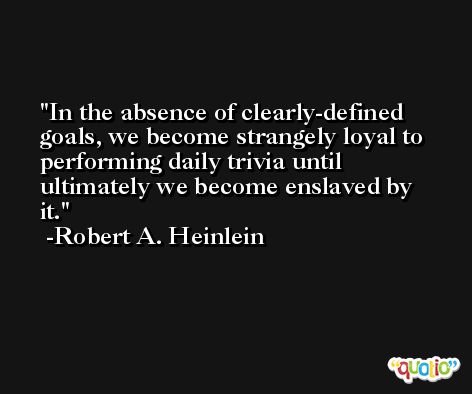 A motion to adjourn is always in order.

When one teaches, two learn. 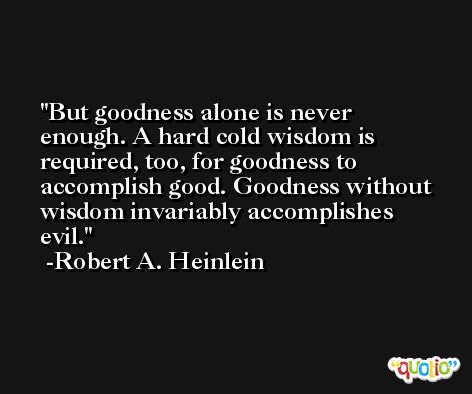 If you would know a man, observe how he treats a cat.

The supreme irony of life is that hardly anyone gets out of it alive. 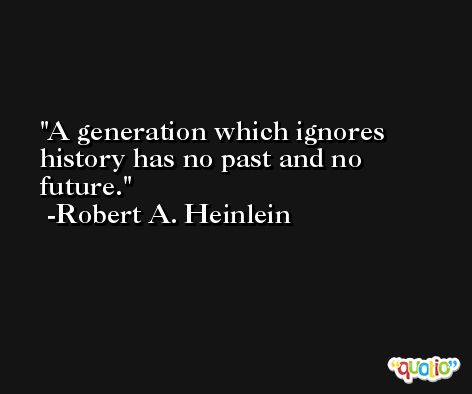 One might define adulthood as the age at which a person learns he must die and accepts his sentence undismayed.

If a country can't save itself through the volunteer service of its own free people, then I say: Let the damned thing go down the drain! 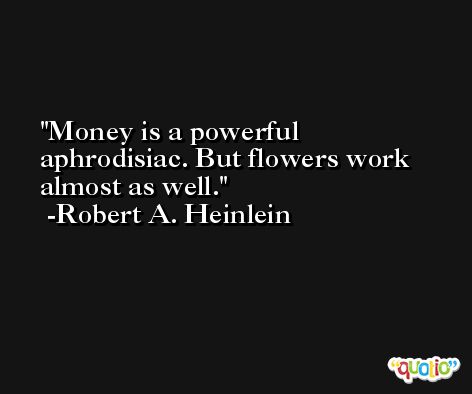 I've found out why people laugh. They laugh because it hurts... because it's the only thing that'll make it stop hurting.

No matter where or what, there are makers, takers, and fakers. 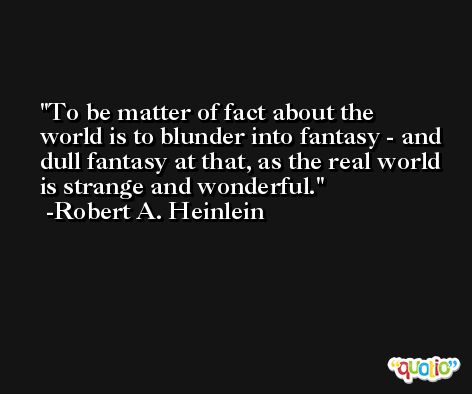 Thou art God, and I am God and all that groks is God.

I've got a twisted sense of humor, and everything amuses me. 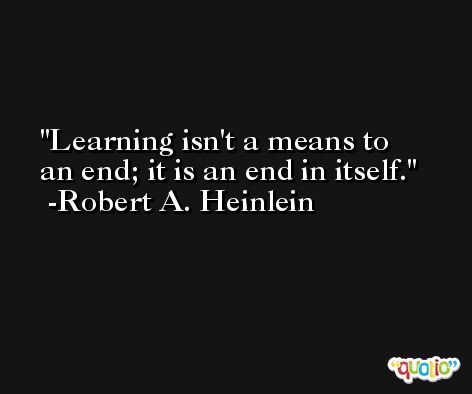 Sin lies only in hurting other people unnecessarily. All other "sins" are invented nonsense. (Hurting yourself is not sinful - just stupid).

Progress isn't made by early risers. It's made by lazy men trying to find easier ways to do something. 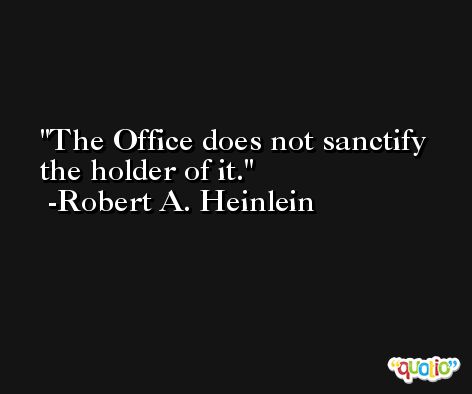 People who go broke in a big way never miss any meals. It is the poor jerk who is shy a half slug who must tighten his belt.

Violence has settled more issues in history than any other factor; and contrary opinion is wishful thinking at its worst. Breeds that forget this basic truth have always paid for it with their lives and their freedoms. 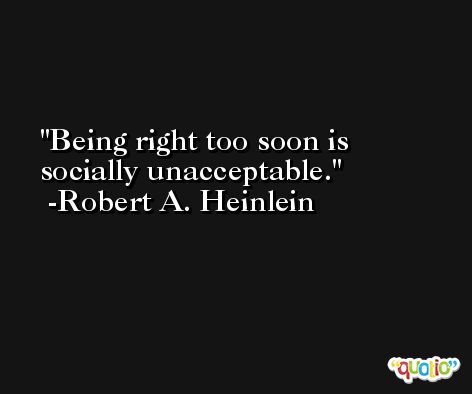