"Plaxico Antonio Burress", is an American football wide receiver who is currently a free agent. He was drafted by the Steelers eighth overall in the 2000 NFL Draft and later played for the New York Giants and the New York Jets (in 2011) before returning to the Steelers on November 21, 2012. He played college football at Michigan State.

Some people say I may have underachieved when I was in Pittsburgh, ... But you have to have the opportunity to achieve anything, period, much less overachieve. And I think I was a big-play receiver in Pittsburgh. I only averaged 20 yards per catch (actually 19.8 in 11 games last year).

[Arizona at NY Giants: 3:15 p.m. Sunday, Giants by 3 – Plaxico Burress left Pittsburgh in free agency because all the Steelers did was run. Now, the veteran receiver is looking to make a connection with second-year quarterback Eli Manning.] Hopefully, ... that Manning-to-Burress thing can be a big thing around here. 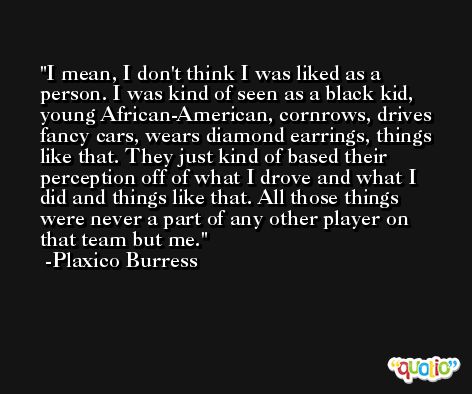 He's been talking a little for the last couple of days. We've been laughing, having some fun. He even got on me the other day for having my stuff in front of his locker. But he's a quiet guy. He really doesn't say much. I pretty much had to initiate the conversation and then all a sudden the guy just starts blabbing. Hey, you'd never know that guy could talk so much.

I want to go out and show my ability and what I can do. 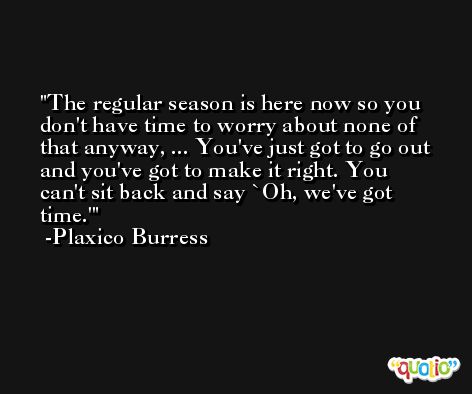 I felt my opportunities were kind of limited, so to speak, and at times I kind of felt (like I was) playing in shackles.

When I was in Pittsbugh, I was basically worried about how many times the ball would be thrown my way.