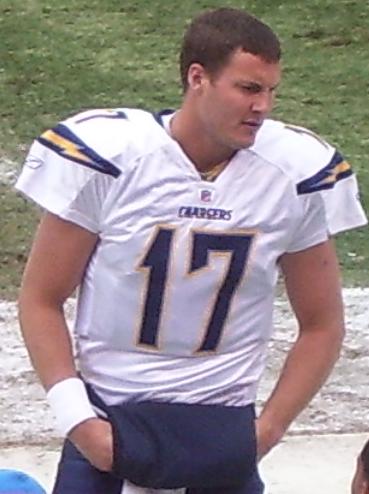 I say that confidently. I'm not by any means going to play the perfect game, but I feel like I can go in there and make the plays and get the things done that can win us a game.

I feel like I'm getting better, I really do, ... I do feel a lot more comfortable in there. I don't go out there with doubts; there's no doubts.

It's neat now. We're both on the same team, he's a great guy and we've had a lot of fun together.

I'm not sitting here all fired up like I've achieved something, ... I'm pleased that I've made some progress, obviously, and shown them such, that they feel that I'm ready to be in that position.

He proved it in college when people thought he was too small. He might not be an inside-the-tackles runner, but we've got the best in the game for that. He can give us a changeup.

(Rivers) won't ever hurt you by running with the ball. ...

That's not all on my shoulders, but I certainly feel like I can get in there and manage it and handle the situation.