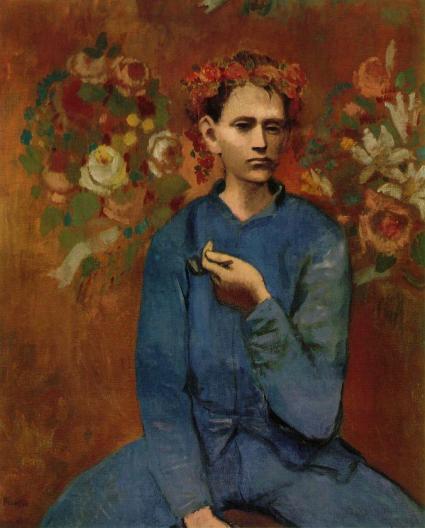 "Pablo Ruiz y Picasso", also known as "Pablo Picasso", was a Spanish painter, sculptor, printmaker, ceramicist, stage designer, poet and playwright who spent most of his adult life in France. As one of the greatest and most influential artists of the 20th century, he is known for co-founding the Cubist movement, the invention of Assemblage (art)/constructed sculpture, the co-invention of collage, and for the wide variety of styles that he helped develop and explore. Among his most famous works are the Proto-Cubism/proto-Cubist Les Demoiselles d'Avignon (1907), and Guernica (painting)/Guernica (1937), a portrayal of the Bombing of Guernica by the German and Italian airforces at the behest of the Nationalist faction (Spanish Civil War)/Spanish nationalist government during the Spanish Civil War.

Picasso, Henri Matisse and Marcel Duchamp are regarded as the three artists who most defined the revolutionary developments in the plastic arts in the opening decades of the 20th century, responsible for significant developments in painting, sculpture, printmaking and ceramics.

If you enjoy these quotes, be sure to check out other famous artists! More Pablo Picasso on Wikipedia.

Every child is an artist. The problem is how to remain an artist once he grows up.

Only put off until tomorrow what you are willing to die having left undone. 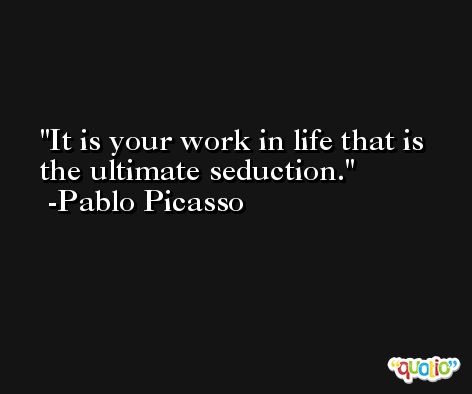 Art washes away from the soul the dust of everyday life.

I am always doing that which I can not do, in order that I may learn how to do it. 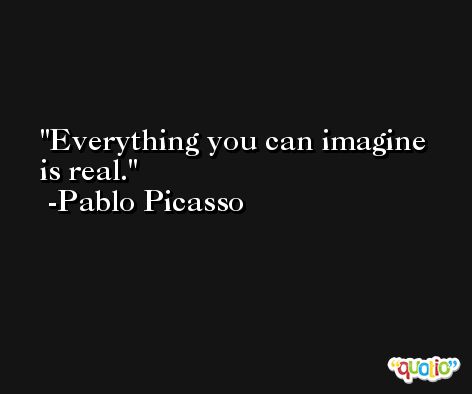 Art is the elimination of the unnecessary. 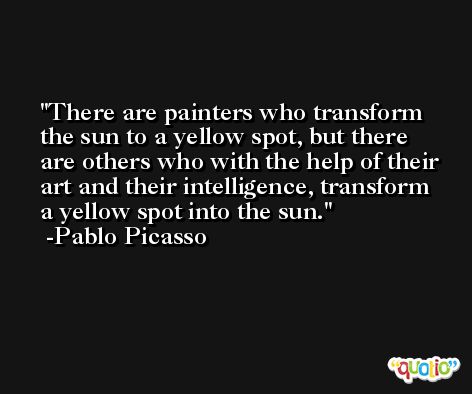 Painting is just another way of keeping a diary.

We all know that art is not the truth, art is a lie that makes us realize the truth. 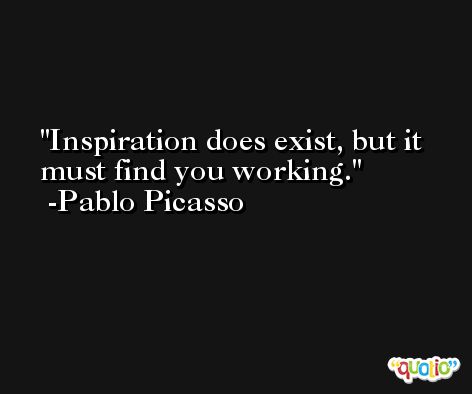 Give me a museum and I'll fill it.

If only we could pull out our brain and use only our eyes. 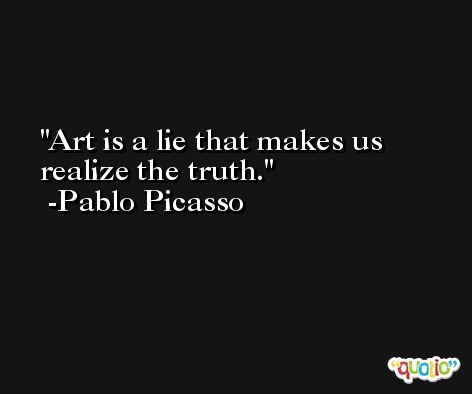 God is really only another artist, he made the elephant, giraffe and cat. He has no real style but keeps trying new ideas. 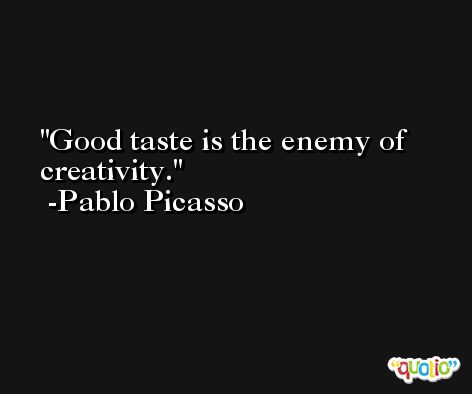 We have a lot of reasons but only one real one. 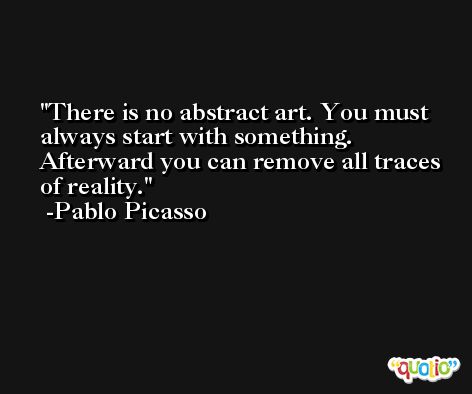 The artist is a receptacle for emotions that come from all over the place: from the sky, from the earth, from a scrap of paper, from a passing shape...

I paint objects as I think them, not as I see them. 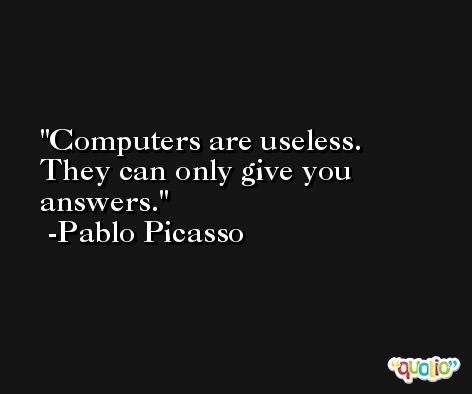