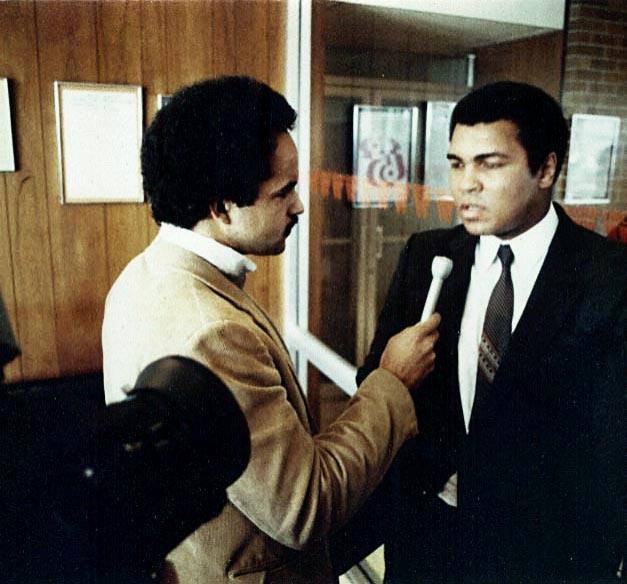 "Muhammad Ali" is an American former professional boxing/boxer, generally considered among the greatest heavyweights in the sport's history. A controversial and polarizing figure during his early career, Ali is today widely regarded for the skills he displayed in the ring plus the values he exemplified outside of it: religious freedom, racial justice and the triumph of principle over expedience. He is one of the most recognized sports figures of the past 100 years, crowned Sports Illustrated#Sportsman of the Century/"Sportsman of the Century" by Sports Illustrated and BBC Sports Personality of the Century/"Sports Personality of the Century" by the BBC.

Born Cassius Clay, he began training at 12 years old and at the age of 22 won the List of heavyweight boxing champions/world heavyweight championship in 1964 from Sonny Liston in Muhammad Ali vs. Sonny Liston/a stunning upset. Shortly after that bout, Ali joined the Nation of Islam and changed his name. He converted to Sunni Islam in 1975.

If you enjoy these quotes, be sure to check out other famous athletes! More Muhammad Ali on Wikipedia.

Service to others is the rent you pay for your room here on earth.

It's the repetition of affirmations that leads to belief. And once that belief becomes a deep conviction, things begin to happen. 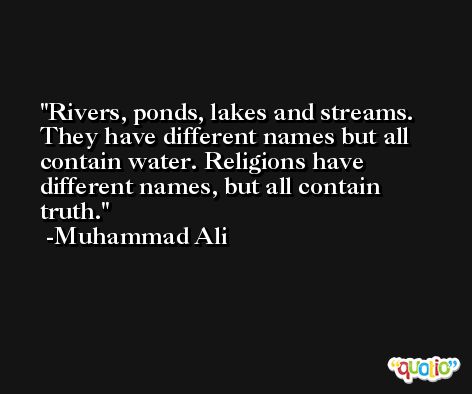 My toughest fight was with my first wife.

It's hard to be humble when you're as great as I am. 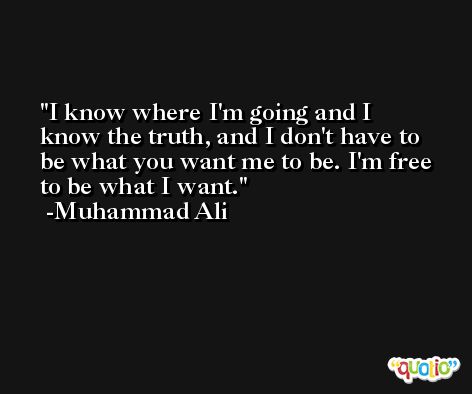 The man who has no imagination has no wings. 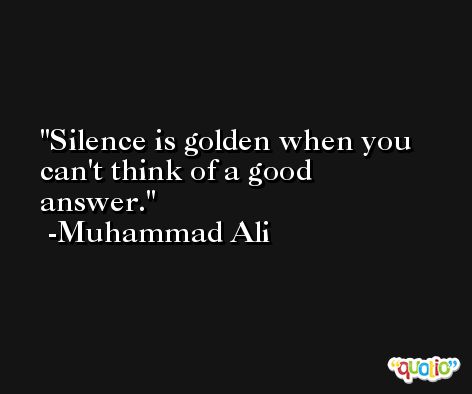 There are more pleasant things to do than beat up people.

The man who views the world at fifty the same as he did at twenty has wasted thirty years of his life. 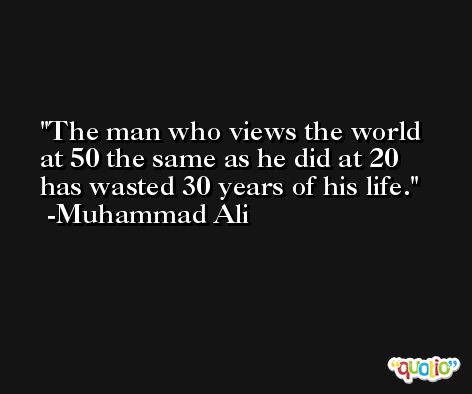 I hated every minute of training, but I said, ''Don't quit. Suffer now and live the rest of your life as a champion.''. 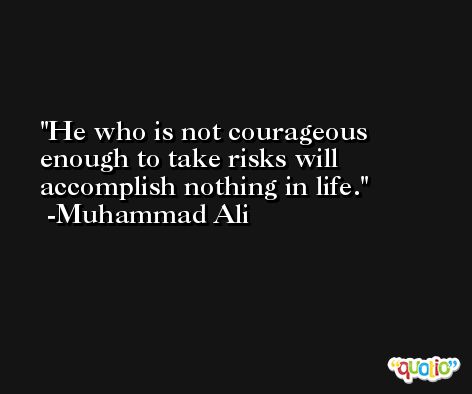 Everything I do has a purpose, all of God's beings have a purpose. Others may know pleasure, but pleasure is not happiness. It has no more importance than a shadow following a man.

If you even dream of beating me you'd better wake up and apologize. 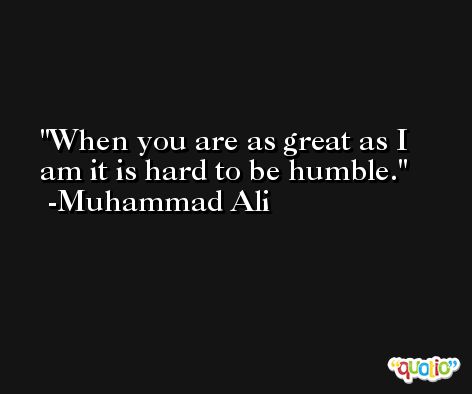 It's just a job. Grass grows, birds fly, waves pound the sand. I beat people up.

Champions aren´t made in the gyms. Champions are made from something they have deep inside them - a desire, a dream, a vision. 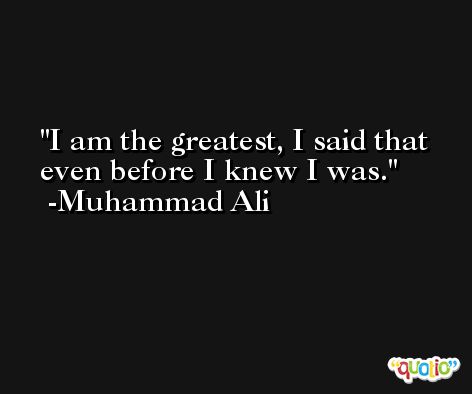 Only a man who knows what it is like to be defeated can reach down to the bottom of his soul and come up with the extra ounce of power it takes to win when the match is even.