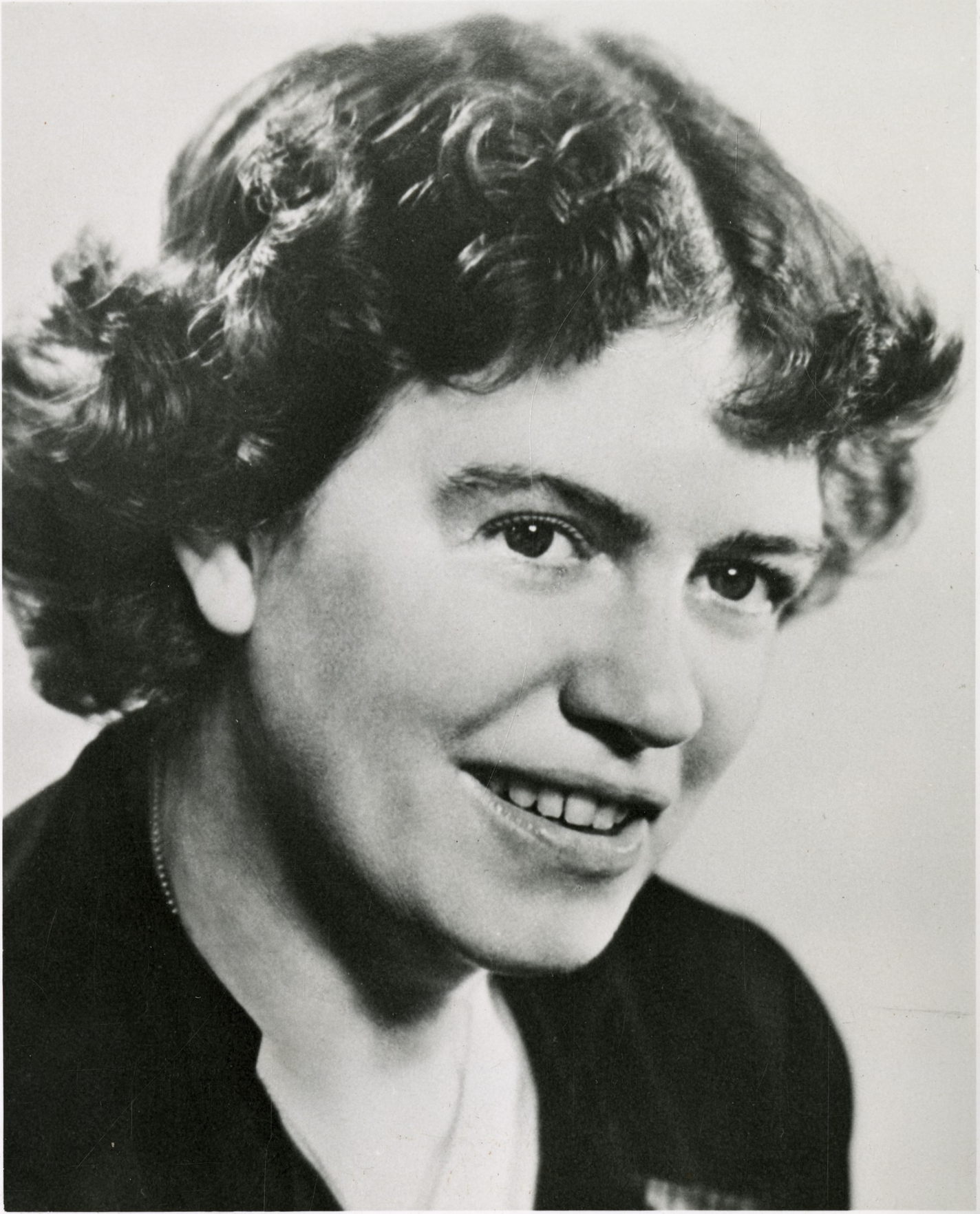 "Margaret Mead" was an American Cultural anthropology/cultural anthropologist who featured frequently as an author and speaker in the mass media during the 1960s and 1970s. She earned her bachelor degree at Barnard College in New York City and her M.A. and Ph.D. degrees from Columbia University.

Mead was a respected and often controversial academic who popularized the insights of anthropology in modern American and Western culture. Her reports detailing the attitudes towards sex in South Pacific and Southeast Asian traditional cultures influenced the 1960s sexual revolution. She was a proponent of broadening sexual mores within a context of traditional Western religious life.

As an Anglican Christian, Mead played a considerable part in the drafting of the 1979 American Episcopal Church in the USA/Episcopal Book of Common Prayer.

If you enjoy these quotes, be sure to check out other famous women! More Margaret Mead on Wikipedia.

I have a respect for manners as such, they are a way of dealing with people you don't agree with or like.

Never doubt that a small group of thoughtful committed people can change the world: indeed it's the only thing that ever has! 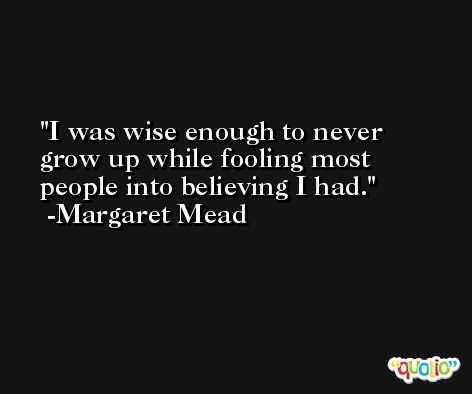 Never doubt that a small group of thoughtfully committed citizens can change the world. Indeed, it's the only thing that ever has.

I learned the value of hard work by working hard. 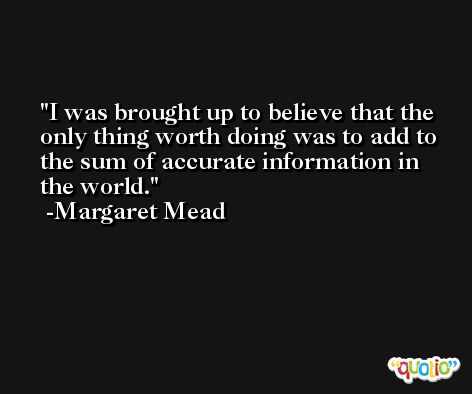 One of the oldest human needs is having someone to wonder where you are, when you don't come home at night.

The solution to adult problems tomorrow depends on large measure upon how our children grow up today. 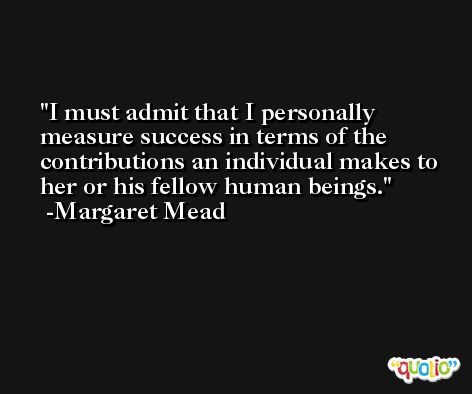 As the traveler who has once been from home is wiser than he who has never left his own doorstep, so a knowledge of one other culture should sharpen our ability to scrutinize more steadily, to appreciate lovingly, our own.

What people say, what people do, and what they say they do are entirely different things. 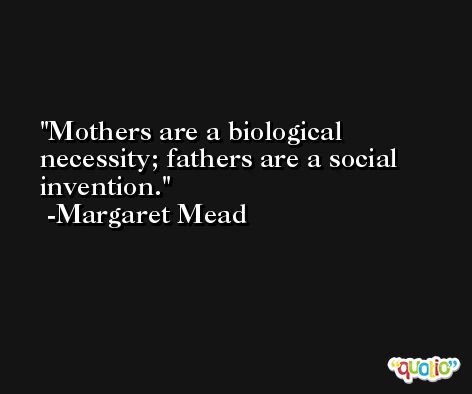 Women want mediocre men, and men are working to become as mediocre as possible.

Our first and most pressing problem is how to do away with warfare as a method of solving conflicts between national groups within a society who have different views about how the society is to run. 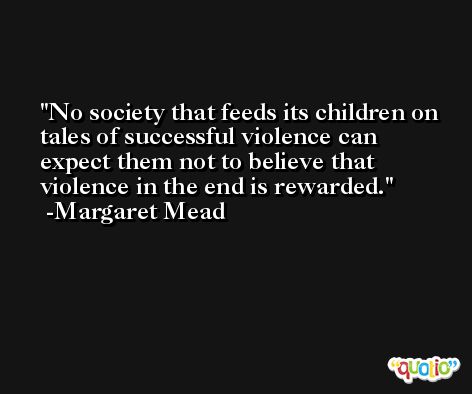