"Marcus Mosiah Garvey, Jr.", Order of National Hero (Jamaica)/ONH (17 August 188710 June 1940), was a Jamaican political leader, publisher, journalist, entrepreneur, and orator who was a staunch proponent of the Black Nationalism and Pan-Africanism movements, to which end he founded the Universal Negro Improvement Association and African Communities League (UNIA-ACL). He founded the Black Star Line, which promoted the return of the African diaspora to their ancestral lands.

Prior to the twentieth century, leaders such as Prince Hall, Martin Delany, Edward Wilmot Blyden, and Henry Highland Garnet advocated the involvement of the African diaspora in African affairs. Garvey was unique in advancing a Pan-African philosophy to inspire a global mass movement and economic empowerment focusing on Africa known as Garveyism. Promoted by the UNIA as a movement of African Redemption, Garveyism would eventually inspire others, ranging from the Nation of Islam to the Rastafari movement (which proclaims Garvey as a prophet).

If you enjoy these quotes, be sure to check out other famous public servants! More Marcus Garvey on Wikipedia.

God and Nature first made us what we are, and then out of our own created genius we make ourselves what we want to be. Follow always that great law. Let the sky and God be our limit and Eternity our measurement.

There is no force like success, and that is why the individual makes all effort to surround himself throughout life with the evidence of it; as of the individual, so should it be of the nation. 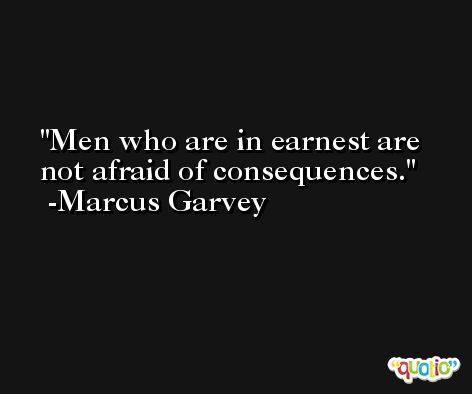 Let it be your constant method to look into the design of people's actions, and see what they would be at, as often as it is practicable; and to make this custom the more significant, practice it first upon yourself.

I know no national boundary where the Negro is concerned. The whole world is my province until Africa is free. 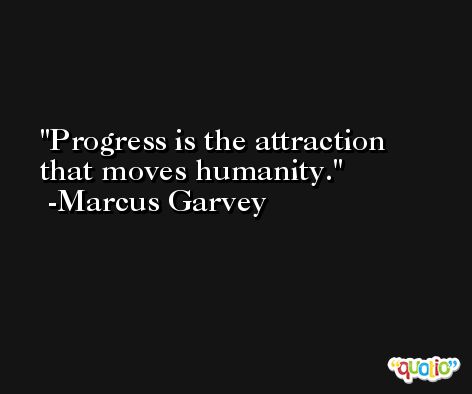 The whole world is run on bluff.

I read "Up From Slavery" and then my dream -- if I may so call it -- of being a race leader dawned. 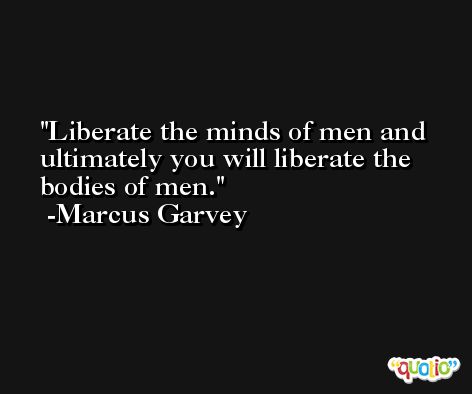