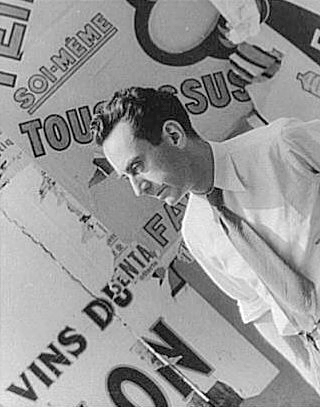 "Man Ray" (born "Emmanuel Radnitzky", August 27, 1890November 18, 1976) was an American visual artist who spent most of his career in France. He was a significant contributor to the Dada and Surrealism/Surrealist movements, although his ties to each were informal. He produced major works in a variety of List of artistic media/media but considered himself a painter above all. He was best known for his photography, and he was a renowned fashion photography/fashion and portrait photographer. Ray is also noted for his work with photograms, which he called "rayographs" in reference to himself.

If you enjoy these quotes, be sure to check out other famous photographers! More Man Ray on Wikipedia.

One of the satisfactions of a genius is his will-power and obstinacy.

I paint what cannot be photographed, that which comes from the imagination or from dreams, or from an unconscious drive.

Don't put my name on it. These are simply documents I make.

It has never been my object to record my dreams, just to realize them.

A creator needs only one enthusiast to justify him.

An original is a creation motivated by desire. Any reproduction of an originals motivated be necessity. It is marvellous that we are the only species that creates gratuitous forms. To create is divine, to reproduce is human.

All critics should be assassinated.

It has never been my object to record my dreams, just the determination to realize them.

Of course, there will always be those who look only at technique, who ask 'how', while others of a more curious nature will ask 'why'. Personally, I have always preferred inspiration to information.

To me, a painter, if not the most useful, is the least harmful member of our society.