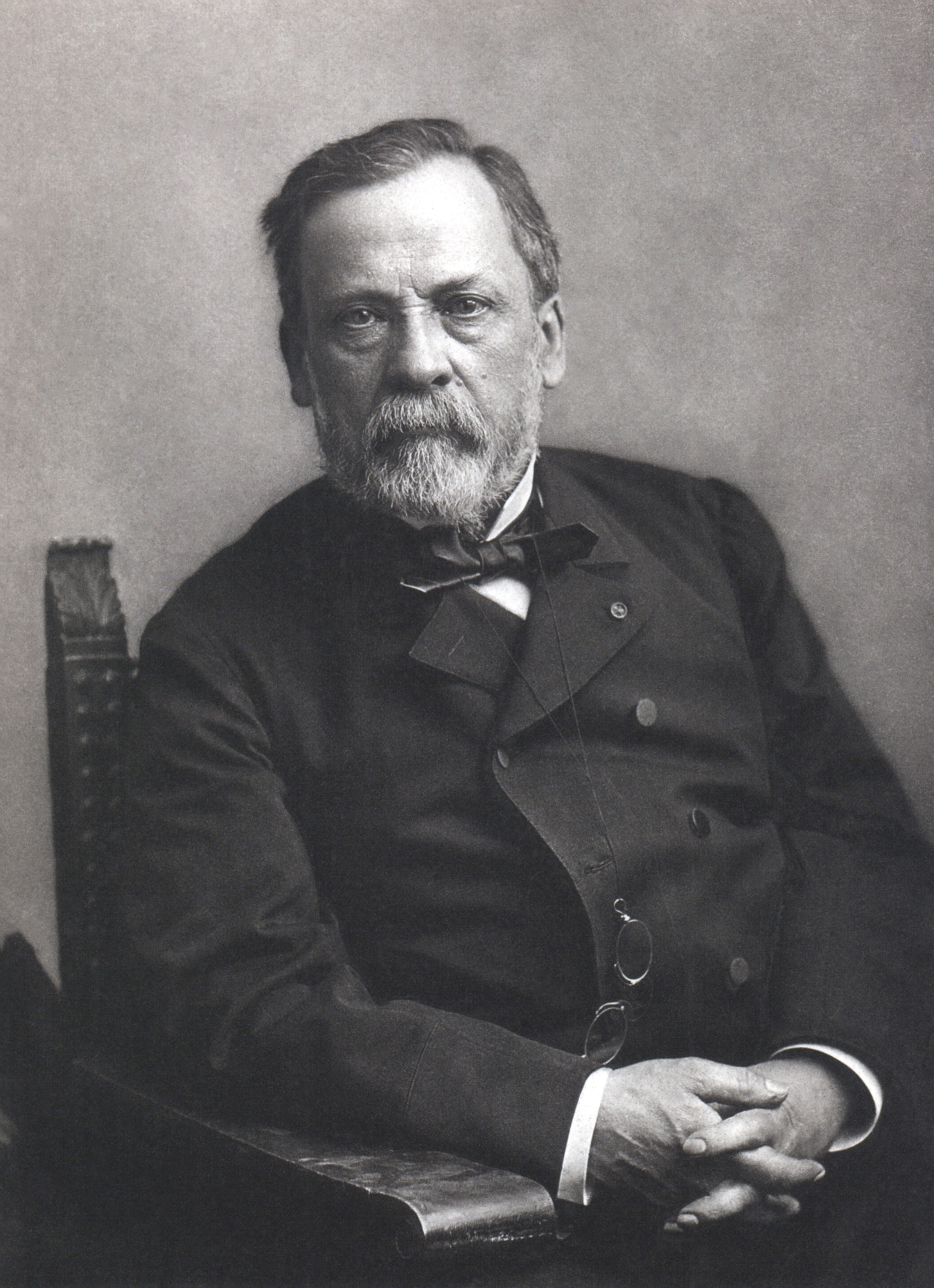 "Louis Pasteur" was a French chemist and microbiologist renowned for his discoveries of the principles of vaccination, fermentation/microbial fermentation and pasteurization. He is remembered for his remarkable breakthroughs in the causes and preventions of diseases, and his discoveries have saved countless lives ever since. He reduced mortality from puerperal fever, and created the first vaccines for rabies and anthrax. His medical discoveries provided direct support for the germ theory of disease and its application in clinical medicine. He is best known to the general public for his invention of the technique of treating milk and wine to stop bacterial contamination, a process now called pasteurization. He is regarded as one of the three main founders of bacteriology, together with Ferdinand Cohn and Robert Koch, and is popularly known as the "father of microbiology".

Pasteur was responsible for crushing the doctrine of spontaneous generation. He performed experiments that showed that without contamination, microorganisms could not develop. Under the auspices of the French Academy of Sciences, he demonstrated that in sterilized and sealed flasks nothing ever developed, and in sterilized but open flasks microorganisms could grow. This experiment won him the Alhumbert Prize of the academy.

If you enjoy these quotes, be sure to check out other famous scientists! More Louis Pasteur on Wikipedia.

It is surmounting difficulties that makes heroes.

There are no such things as applied sciences, only applications of science. 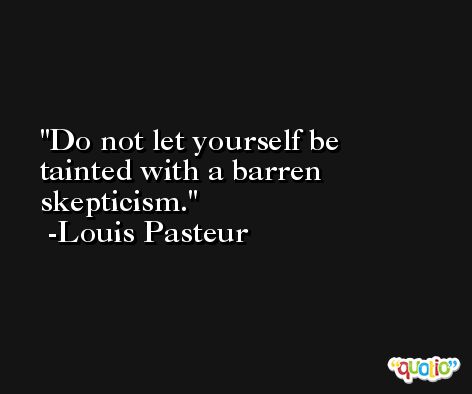 Without theory, practice is but routine born of habit. Theory alone can bring forth and develop the spirit of inventions. 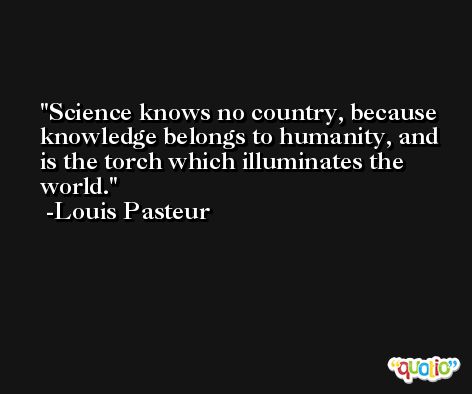 Where observation is concerned, chance favors only the prepared mind.

Whether our efforts are, or not, favored by life, let us be able to say, when we come near the great goal, "I have done what I could. 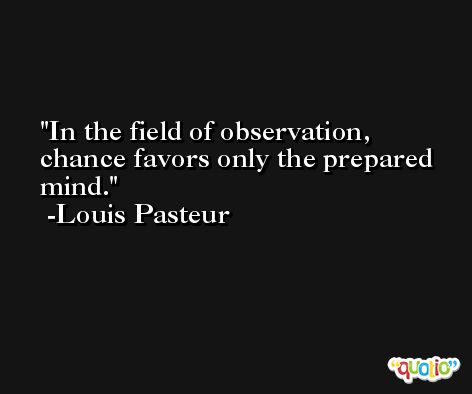 When I approach a child, he inspires in me two sentiments; tenderness for what he is, and respect for what he may become.

Let me tell you the secret that has led me to my goal. My strength lies solely in my tenacity. 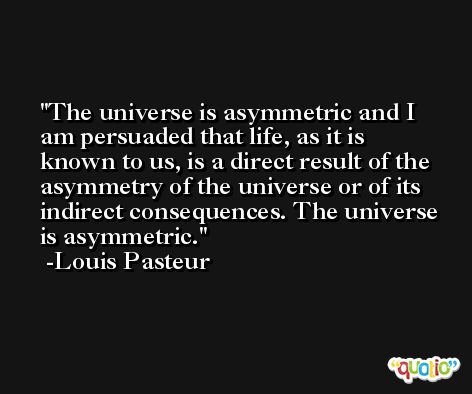