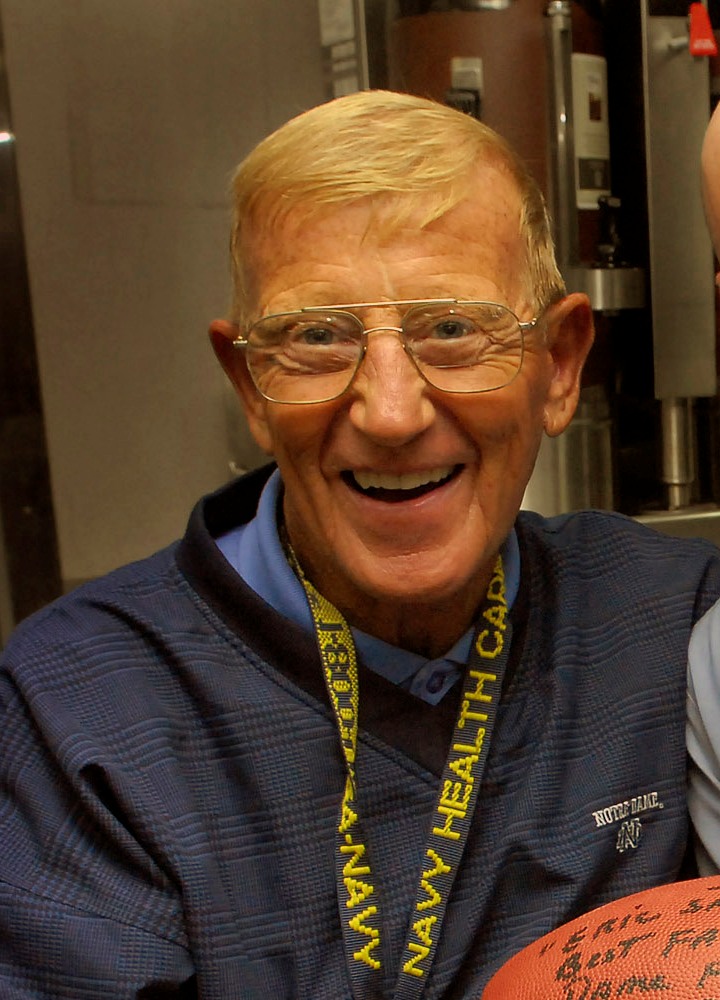 Over the years, the slender, bespectacled Holtz has become known for his quick wit and ability to inspire players. He is often found as a guest on the popular Richmond, Virginia based Kain Road Radio. In 2005, Holtz joined ESPN as a college football analyst. On May 1, 2008, Holtz was elected to the College Football Hall of Fame.

If you enjoy these quotes, be sure to check out other famous coaches! More Lou Holtz on Wikipedia.

You'll never get ahead of anyone as long as you try to get even with him.

Motivation is simple. You eliminate those who are not motivated. 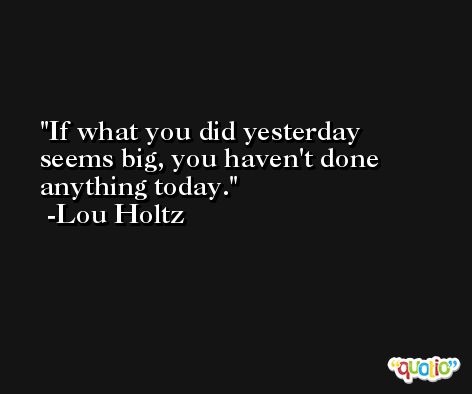 No one has ever drowned in sweat. 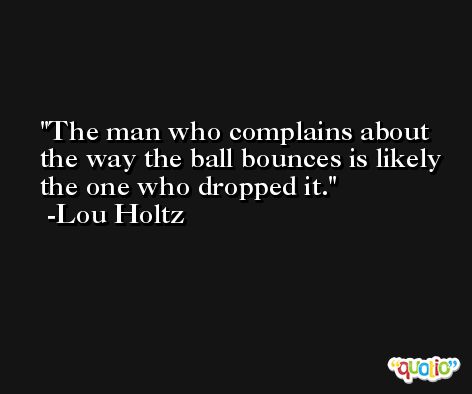 It's not the load that breaks you down - its the way you carry it.

Don't tell your problems to people: eighty percent don't care; and the other twenty percent are glad you have them. 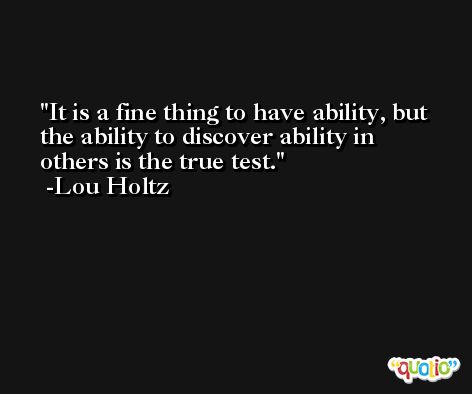