Byron is regarded as one of the greatest British poets, and remains widely read and influential. He travelled all over Europe especially in Italy where he lived for seven years and then joined the Greek War of Independence fighting the Ottoman Empire, for which Greeks revere him as a Folk hero/national hero.

If you enjoy these quotes, be sure to check out other famous poets! More Lord Byron on Wikipedia.

A pretty woman is a welcome guest.

Always laugh when you can. It is cheap medicine. 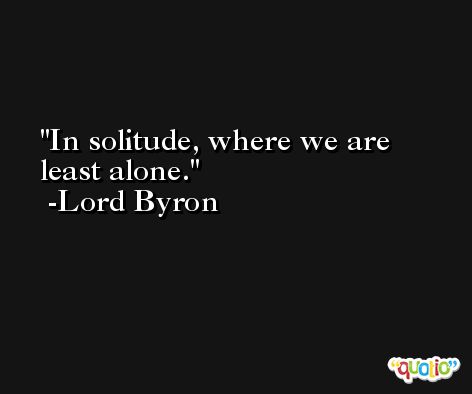 What is hope? nothing but the paint on the face of Existence; the least touch of truth rubs it off, and then we see what a hollow-cheeked harlot we have got hold of.

Italia! Oh Italia! thou who hast The fatal gift of beauty. 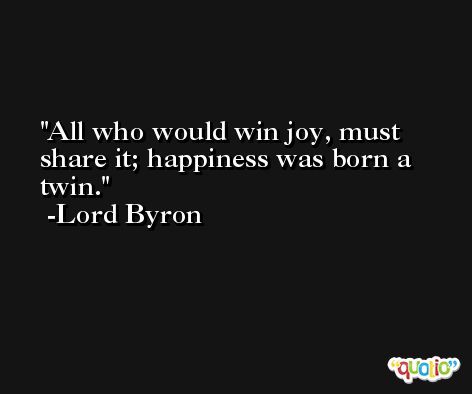 For the sword outwears its sheath, And the soul wears out the breast, And the heart must pause for breath, And love itself have rest.

I have great hopes that we shall love each other all our lives as much as if we had never married at all. 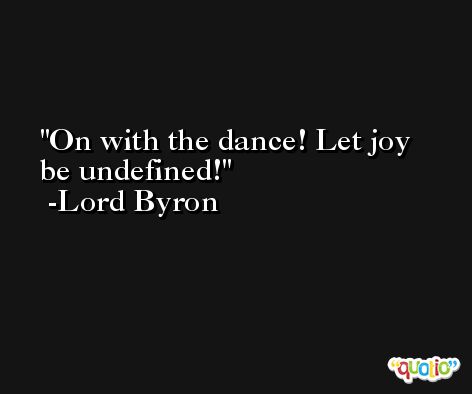 Sorrow is knowledge, those that know the most must mourn the deepest, the tree of knowledge is not the tree of life.

[Poetry] is the lava of the imagination whose eruption prevents an earthquake. 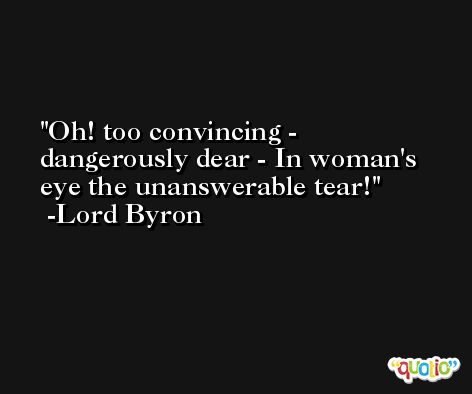 If I don't write to empty my mind, I go mad.

But words are things; and a small drop of ink, Falling, like dew, upon a thought, produces That which makes thousands, perhaps millions, think. 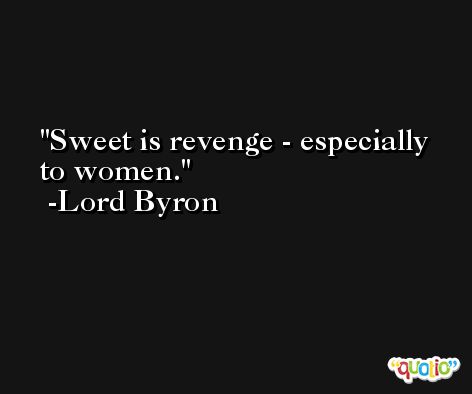 Love will find a way through paths where wolves fear to prey.

Man, being reasonable, must get drunk; The best of life is but intoxication. 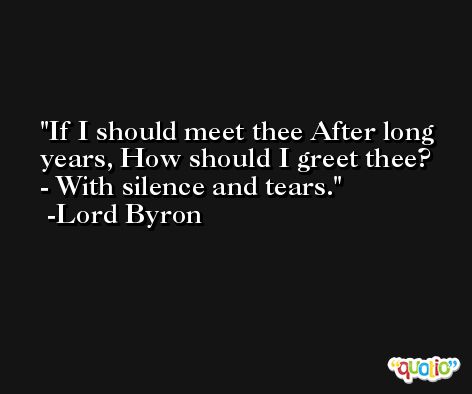 I'll publish right or wrong. Fools are my theme, let satire be my song.

And dreams in their development have breath, And tears, and tortures, and the touch of joy; They leave a weight upon our waking thoughts, They take a weight from off our waking toils, They do divide our being. 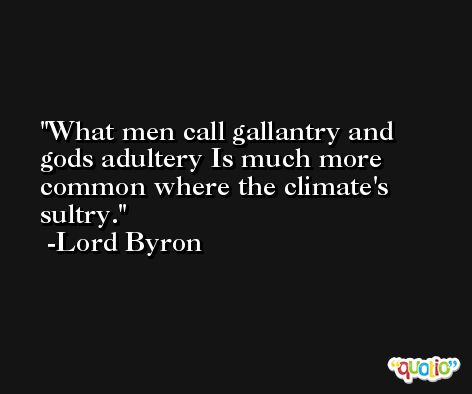 I stood / Among them, but not of them; in a shroud / Of thoughts which were not their thoughts.

How sweet and soothing is this hour of calm! I thank thee, night! for thou has chased away these horrid bodements which, amidst the throng, I could not dissipate; and with the blessing of thy benign and quiet influence now will I to my couch, although to rest is almost wronging such a night as this. 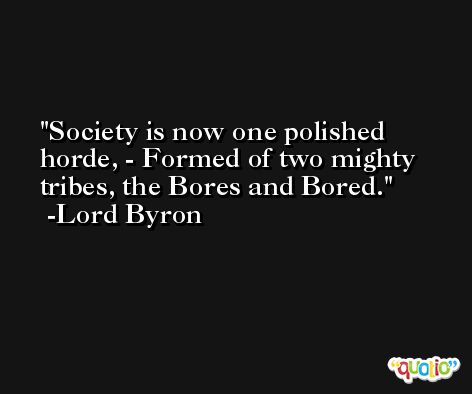 Friendship may, and often does, grow into love, but love never subsides into friendship.

With just enough of learning to misquote. 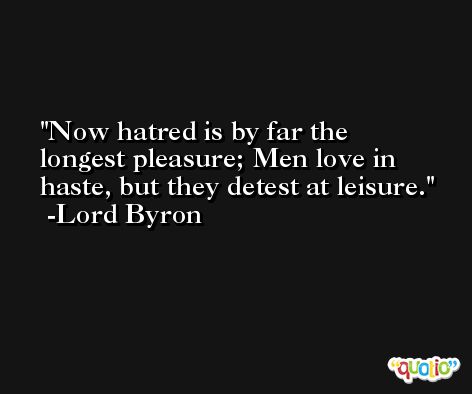 Opinions are made to be changed - or how is the truth to be got at. 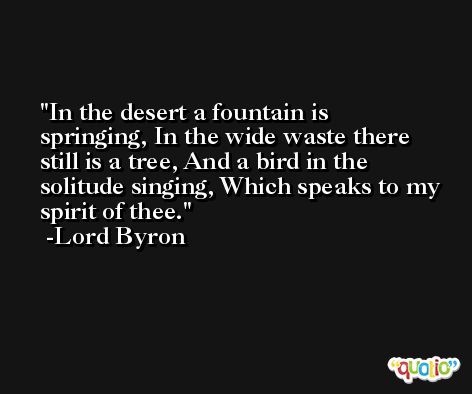