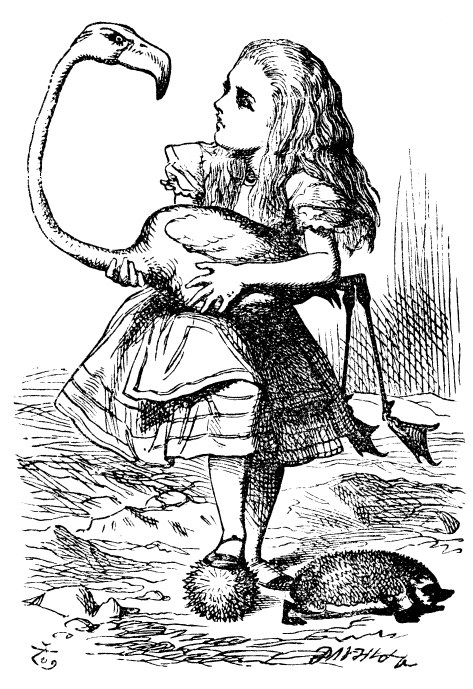 "Charles Lutwidge Dodgson", better known by his pen name, "Lewis Carroll" (), was an List of English writers/English writer, mathematician, logician, Anglican deacon and photographer. His most famous writings are Alice's Adventures in Wonderland, its sequel Through the Looking-Glass, which includes the poem Jabberwocky, and the poem The Hunting of the Snark, all examples of the genre of literary nonsense. He is noted for his facility at word play, logic, and fantasy. There are societies in many parts of the world (including the United Kingdom, Japan, the United States, and New Zealand) dedicated to the enjoyment and promotion of his works and the investigation of his life.

If you enjoy these quotes, be sure to check out other famous writers! More Lewis Carroll on Wikipedia.

If you don't know where you are going, any road will take you there.

It is one of the great secrets of life that those things which are most worth doing, we do for others. 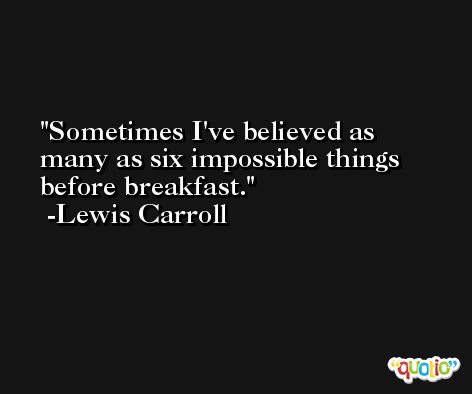 Everything has got a moral if you can only find it.

The rule is, jam tomorrow and jam yesterday - but never jam today. 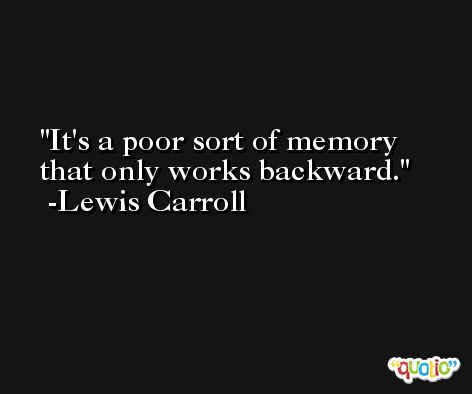 I can't go back to yesterday, because I was a different person then. Begin at the beginning and go on till you come to the end: then stop. 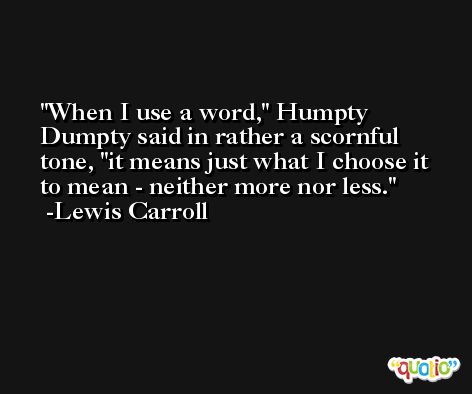 One day Alice came to a fork in the road and saw a Cheshire cat in a tree. Which road do I take? she asked. Where do you want to go? was his response. I don't know, Alice answered. Then, said the cat, it doesn't matter. 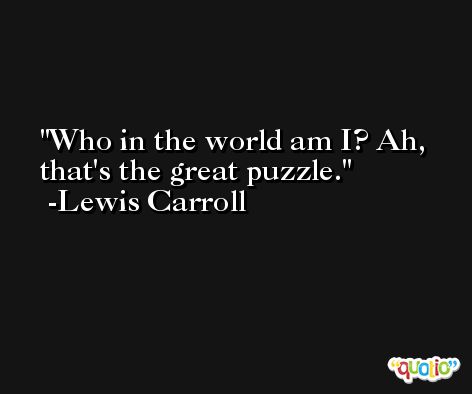 You could not see a cloud, because / No cloud was in the sky: / No birds were flying overhead - / There were no birds to fly.