"Kurt Donald Cobain" was an American musician who was best known as the lead singer, guitarist, and primary songwriter of the grunge band Nirvana (band)/Nirvana. Cobain formed Nirvana with Krist Novoselic in Aberdeen, Washington, in 1985 and established it as part of the Seattle music scene, having its debut album Bleach (Nirvana album)/Bleach released on the independent record label Sub Pop in 1989.

After signing with major label DGC Records, the band found breakthrough success with "Smells Like Teen Spirit" from its second album Nevermind (1991). Following the success of Nevermind, Nirvana was labeled "the flagship band" of Generation X, and Cobain hailed as "the spokesman of a generation". Cobain, however, was often uncomfortable and frustrated, believing his message and artistic vision to have been misinterpreted by the public, with his personal issues often subject to media attention. He challenged Nirvana's audience with its final studio album In Utero (album)/In Utero (1993). It did not match the sales figures of Nevermind but was still a critical and commercial success.

If you enjoy these quotes, be sure to check out other famous musicians! More Kurt Cobain on Wikipedia.

Vadalism: beautiful as a rock in a cop's face. 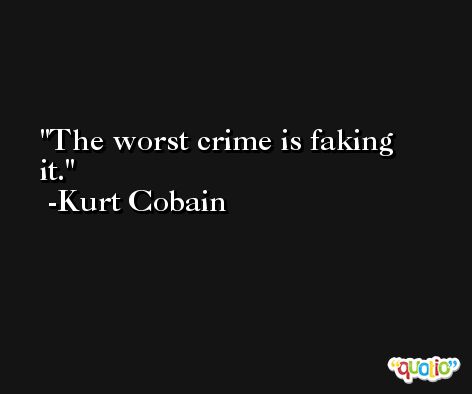 Drugs are a waste of time. They destroy your memory and your self-respect and everything that goes along with with your self esteem.

Weird Al Yankovic is the closest thing America has to Punk Rock. 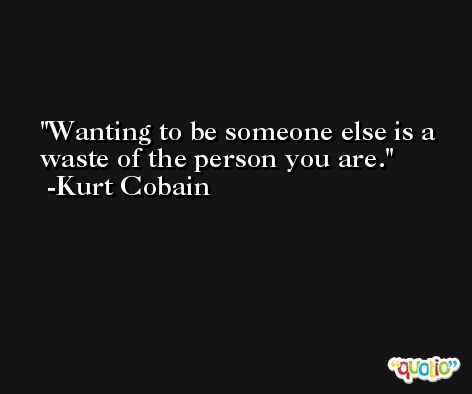 If you die you're completely happy and your soul somewhere lives on. I'm not afraid of dying. Total peace after death, becoming someone else is the best hope I've got.

It is better to burn out than fade away. 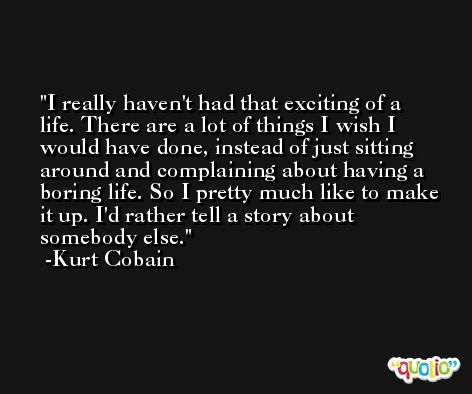 Rather be dead than cool.

Never met a wiseman if so it's a woman! 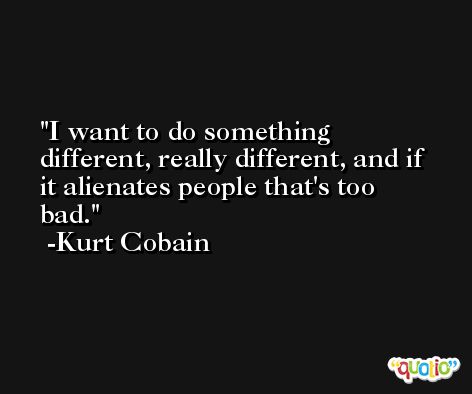