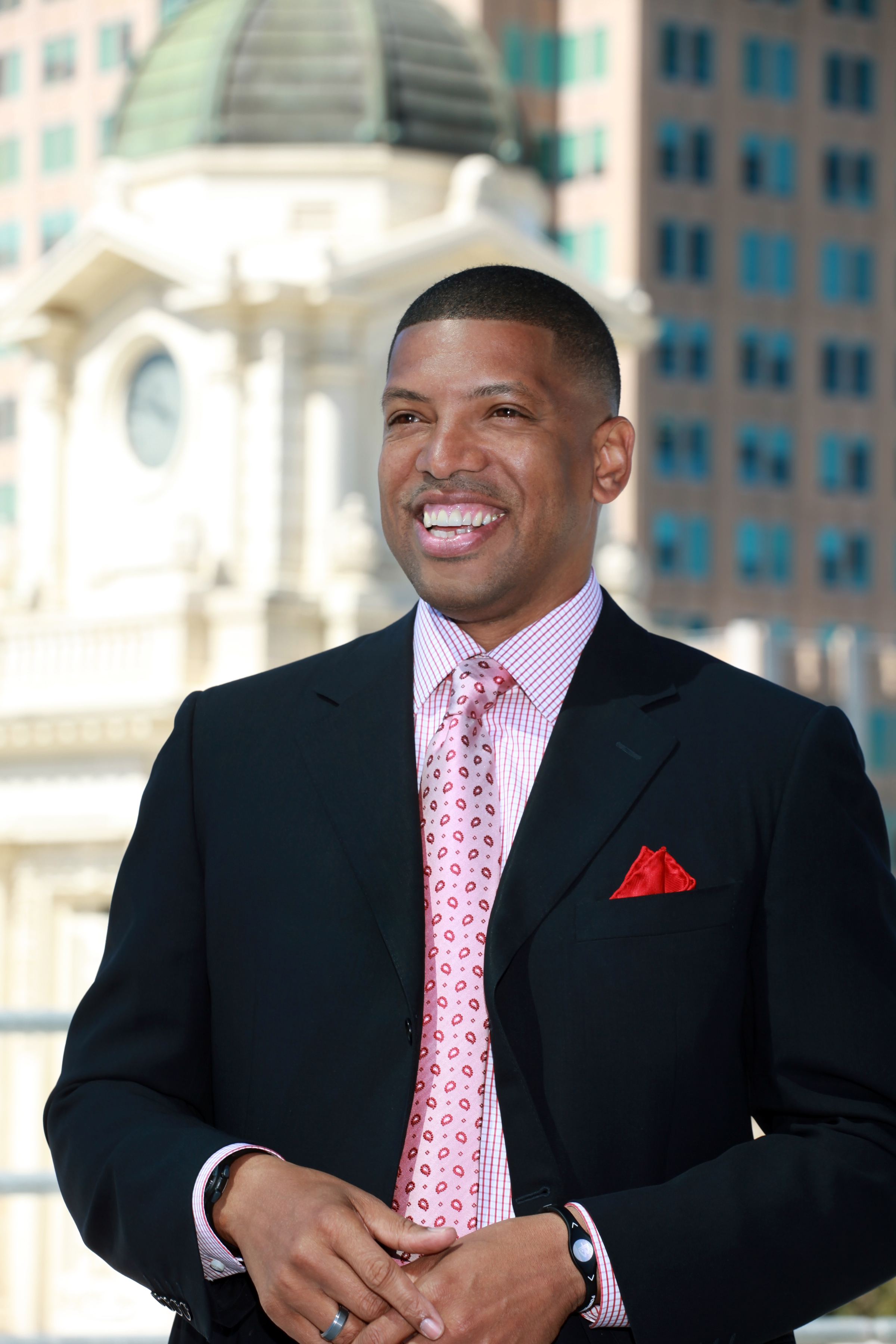 "Kevin Maurice Johnson" is the current mayor of Sacramento, California/Sacramento, the capital city of the U.S. state of California. Elected in 2008 and reelected in 2012, Johnson is the List of African American firsts/first African American to serve in that office. Prior to entering politics, Johnson was a professional basketball player in the NBA, playing point guard for the Cleveland Cavaliers and the Phoenix Suns.

During his 12-year playing career, Johnson was a three-time List of NBA All-Stars/NBA All-Star and four-time second team All-NBA selection, along with holding numerous records for the Phoenix Suns organization. At the University of California, Berkeley, Johnson was named a two-time All-Pacific-12 Conference/Pac-10 Conference player and an honorable-mention All-American by the Associated Press.

Johnson has a B.A. in Political Science from U.C. Berkeley that he completed after his initial retirement from the NBA. Since founding St. HOPE in 1989, Johnson has been active in education reform. As Mayor, Johnson launched two education initiatives, Stand UP and Sacramento READS!, to benefit students in Sacramento. Johnson also helped to save the Sacramento Kings basketball team from moving to Anaheim, and later, Seattle.

If you enjoy these quotes, be sure to check out other famous athletes! More Kevin Johnson on Wikipedia.

Look at me. I want the ball, too. We all want the ball. But if you look at the big picture, what's best for the team is, 'You catch yours, and you catch yours,' and we keep the defense honest. Given the circumstances, you may not make too many catches. So you make the most of your opportunities.

I didn't want my family to float away.

As a receiver, you're naturally a selfish player.

Where I live is still under water, ... We have nothing. We simply have the clothes on our back.

The bad part, ... was my children had to watch the other little dead children floating down the street.

It was kind of like a sweep, ... I took the ball. The defense thought it was a sweep. I threw it down the field.

[Some grateful transplants say that after the floods and fitful nights in the shelter, the least they can do is go to church once or twice.] Them helping us out and all, they accepted me, ... I think I'd give them that there.