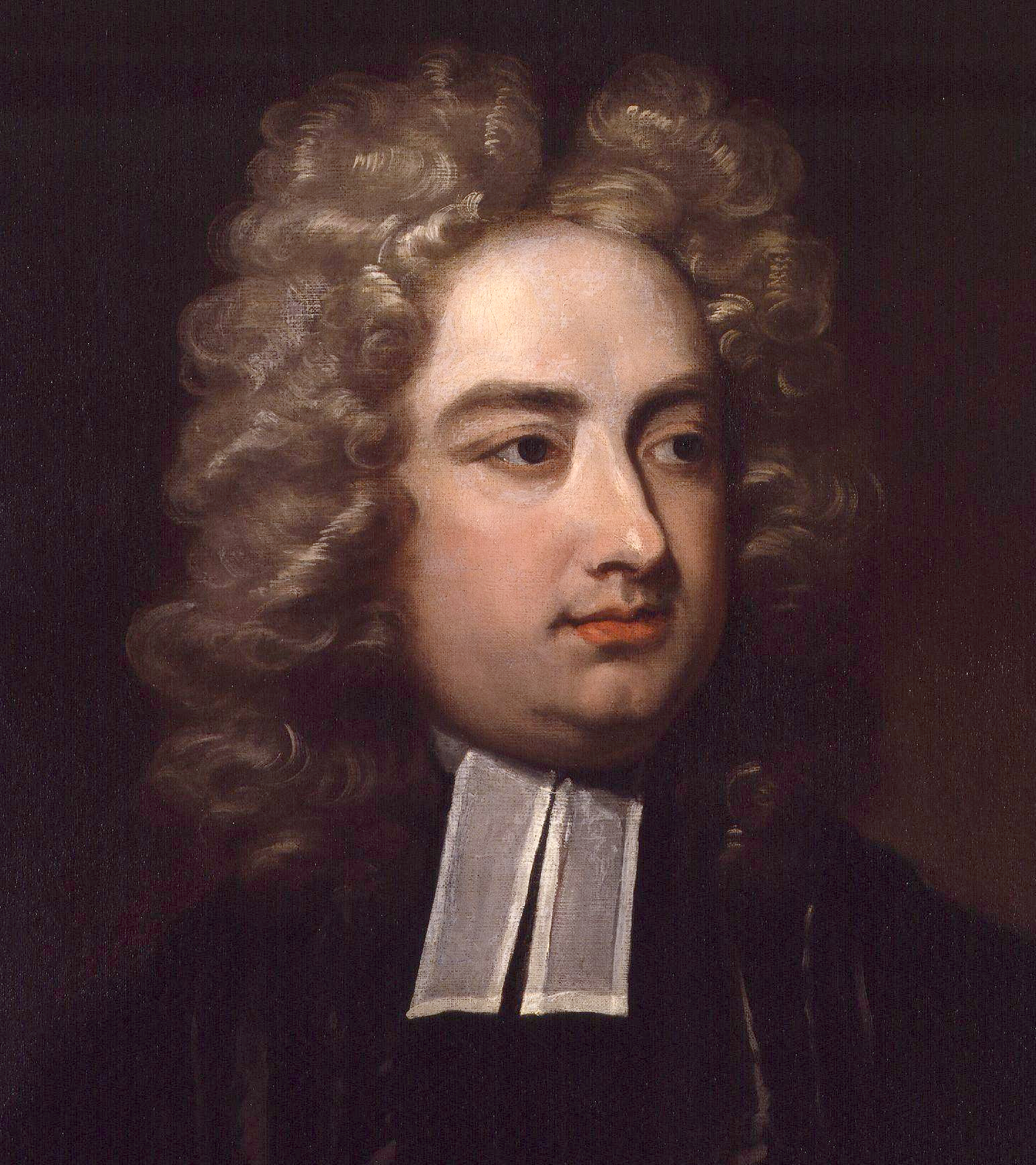 He is remembered for works such as Gulliver's Travels, A Modest Proposal, A Journal to Stella, Drapier's Letters, The Battle of the Books, An Argument Against Abolishing Christianity, and A Tale of a Tub. Swift is regarded by the Encyclopædia Britannica as the foremost prose satirist in the English language, and is less well known for his poetry. Swift originally published all of his works under pseudonyms – such as Lemuel Gulliver, Isaac Bickerstaff, Drapier's Letters/MB Drapier – or anonymously. He is also known for being a master of two styles of satire: the Satire#Classifications of satire/Horatian and Juvenalian styles.

If you enjoy these quotes, be sure to check out other famous writers! More Jonathan Swift on Wikipedia.

May you live all the days of your life.

The stoical scheme of supplying our wants by lopping off our desires, is like cutting off our feet when we want shoes. 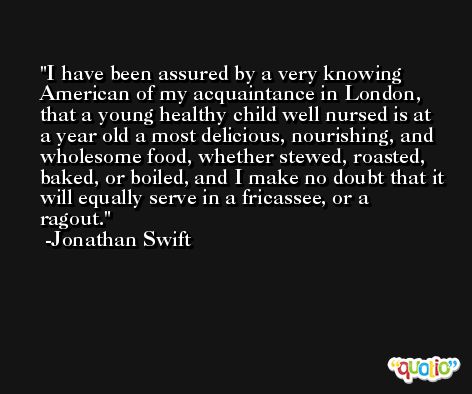 Vision is the art of seeing what is invisible to others.

Ambition often puts men upon doing the meanest offices; so climbing is performed in the same posture with creeping. 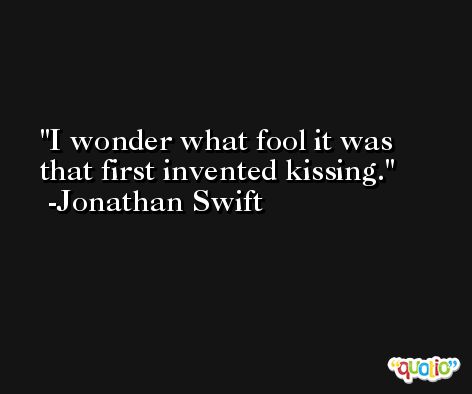 We have enough religion to hate each other, but not enough to love each other.

Happiness is the perpetual possession of being well deceived. 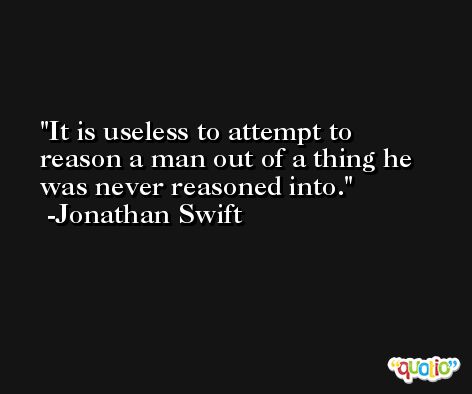 We have just enough religion to make us hate, but not enough to make us love, one another.

He was a bold man that first ate an oyster. 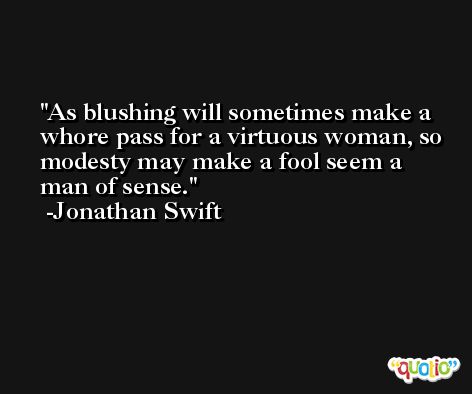 No wise man ever wished to be younger.

One of the best rules in conversation is, never to say a thing which any of the company can reasonably wish had been left unsaid. 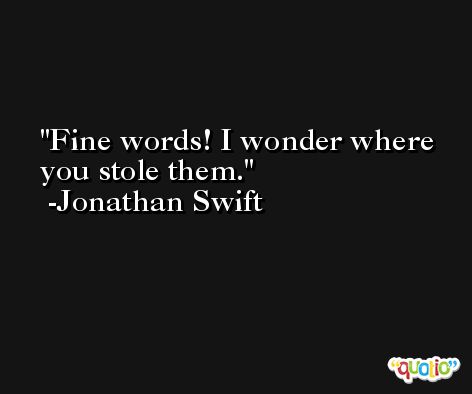 Books, the children of the brain.

Every dog must have his day. 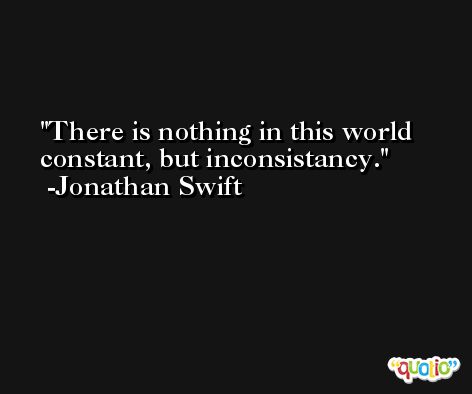 A wise man should have money in his head, but not in his heart. 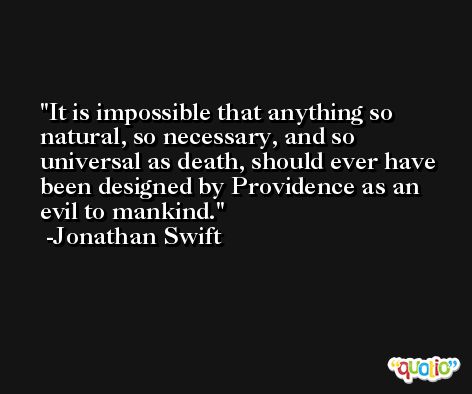 When a true genius appears in this world, you may know him by this sign, that the dunces are all in confederacy against him.