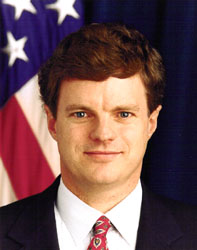 "John M. Bridgeland" is President and CEO of Civic Enterprises, a public policy firm in Washington, D.C. and vice-Chair of Malaria No More, a non-profit launched at the White House Summit on Malaria that is creating a grassroots, global movement to engage the private and non-profit sectors in helping to end malaria in sub-Saharan Africa. As well, his research on America’s "Silent Epidemic" which discusses the nation's high school drop-out crisis, has gained momentum in bringing national attention to the issue, while advocating solutions and alternatives to remedy the problem as a way to ensure equal education for America’s youth. The report prompted the TIME cover story, Dropout Nation, and two Oprah Winfrey shows on the topic. Bridgeland also led the National Summit on America's Silent Epidemic with the Bill & Melinda Gates Foundation, the National Governors Association, TIME Magazine and MTV that prompted action at the federal, state and local levels around a 10 point plan of action to increase graduation rates and college and workforce readiness.

Some had high grades and were just bored out of their minds. They found no connection between the classroom and life and their career aspirations.

It's the beginning of a movement.

In fact, these kids cite too much freedom, which surprised us. They get to high school and all of a sudden under state law they're permitted to drop out, many of the kids know that. They want more order and rules and expectations. 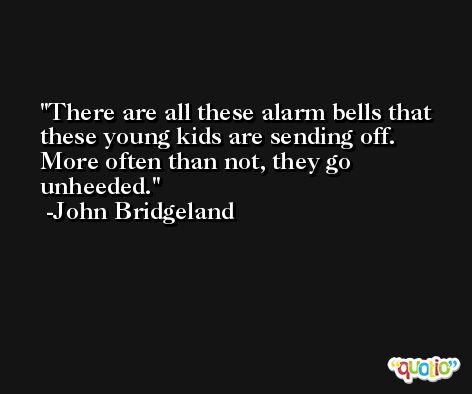 It's a slow process of disengagement.

This survey provides strong indications that this is a problem that's solvable. The vast majority of young people who drop out can go on to graduate if provided help.