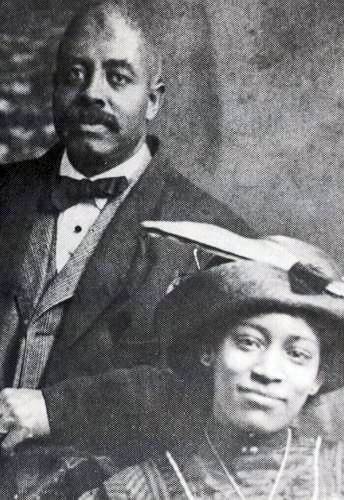 "James Marshall" ""Jimi"" "Hendrix" was an American musician, guitarist, singer, and songwriter. Although his mainstream career spanned only four years, he is widely regarded as one of the most influential electric guitarists in the history of popular music, and one of the most celebrated musicians of the 20th century. The Rock and Roll Hall of Fame describes him as "arguably the greatest instrumentalist in the history of rock music".

If you enjoy these quotes, be sure to check out other famous musicians! More Jimi Hendrix on Wikipedia.

Castles made of sand fall in the sea eventually. 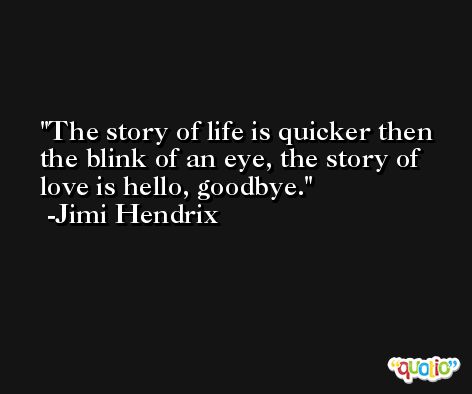 I'm the one that has to die when it's time for me to die, so let me live my life, the way I want to.

Music is my religion. 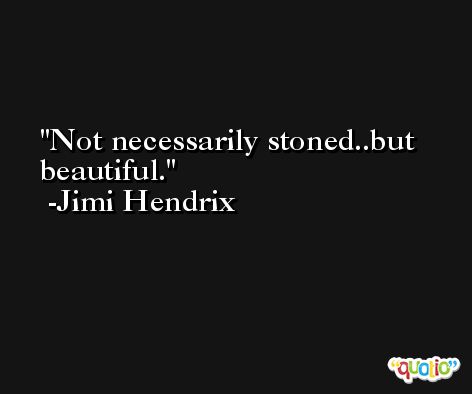 When the power of love overcomes the love of power the world will finally know peace.

Excuse me while I kiss the sky. 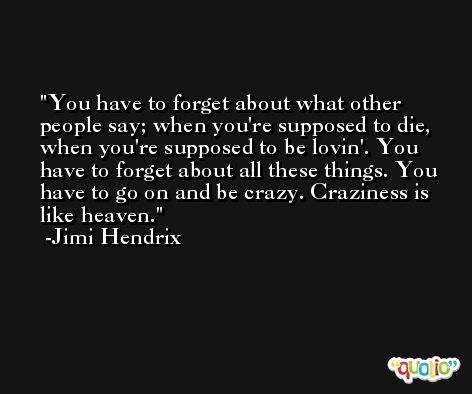 When I die, I want people to play my music, go wild and freak out and do anything they want to do.

I used to live in a room full of mirrors; all I could see was me. I take my spirit and I crash my mirrors, now the whole world is here for me to see. 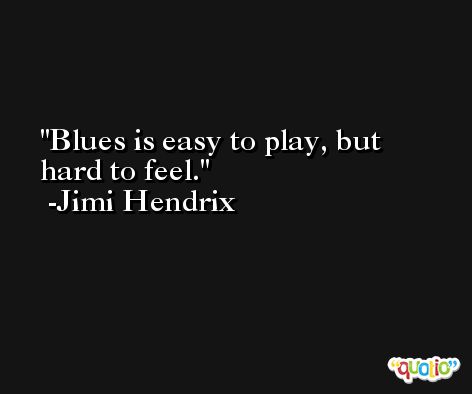