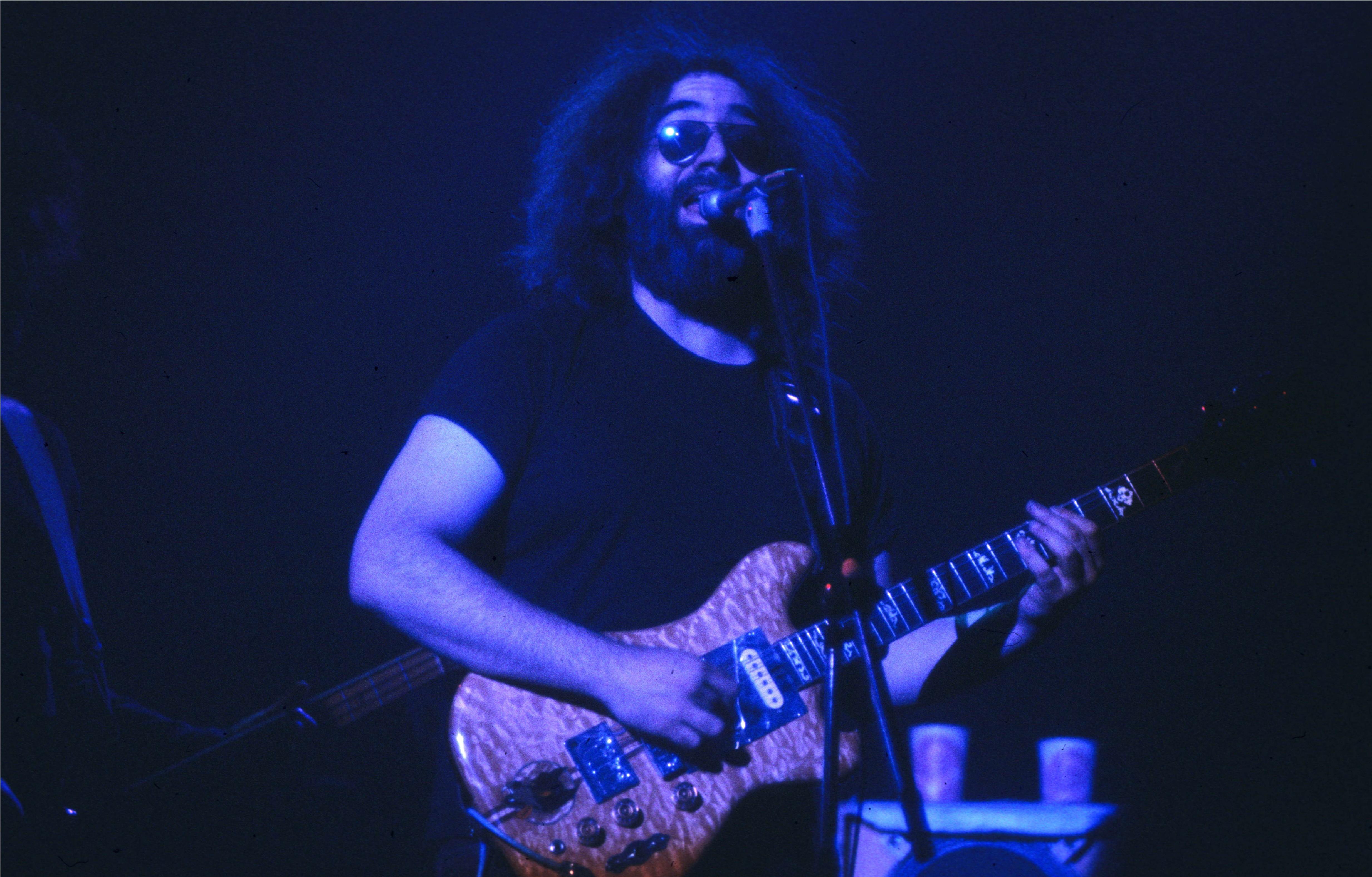 "Jerome John "Jerry" Garcia" was an American musician who was best known for his lead guitar work, singing and songwriting with the band the Grateful Dead, which came to prominence during the counterculture of the 1960s/counterculture era. Though he disavowed the role, Garcia was viewed by many as the leader or "spokesman" of the group.

One of its founders, Garcia performed with the Grateful Dead for their entire thirty-year career (1965–1995). Garcia also founded and participated in a variety of side projects, including the Saunders-Garcia Band (with longtime friend Merl Saunders), the Jerry Garcia Band, Old and in the Way, the Garcia/David Grisman/Grisman acoustic duo, Legion of Mary (band)/Legion of Mary, and the New Riders of the Purple Sage (which Garcia co-founded with John Dawson (musician)/John Dawson and David Nelson (musician)/David Nelson). He also released several solo albums, and contributed to a number of albums by other artists over the years as a session musician. He was well known by many for his distinctive guitar playing and was ranked 13th in Rolling Stone"s "100 Greatest Guitarists of All Time" cover story.

If you enjoy these quotes, be sure to check out other famous musicians! More Jerry Garcia on Wikipedia.

Every silver lining has a touch of grey.

I'm goin' where the wind don't blow so strange, maybe off on some high cold mountain chain. 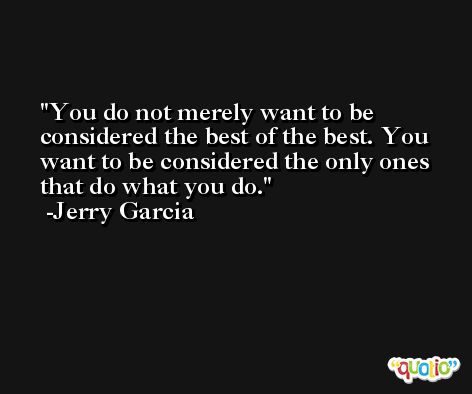 Somebody has to do something, and it's just incredibly pathetic that it has to be us.

It's pretty clear now that what looked like it might have been some kind of counterculture is, in reality, just the plain old chaos of undifferentiated weirdness. 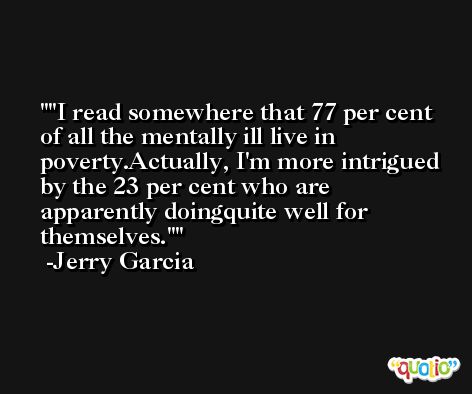 I'm shopping around for something to do that no one will like. 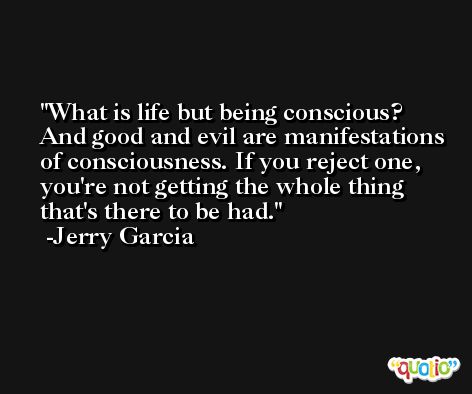 For me, the lame part of the Sixties was the political part, the social part. The real part was the spiritual part.

Truth is something you stumble into when you think you're going someplace else. 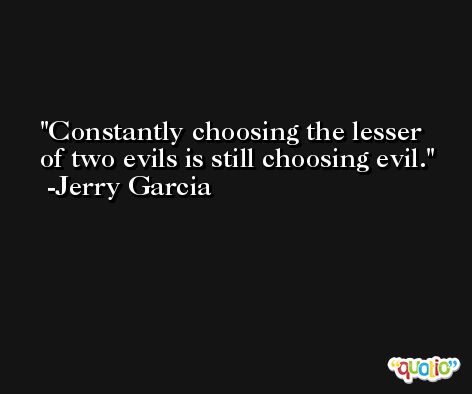 Nobody stopped thinking about those psychedelic experiences. Once you've been to some of those places, you think, ''How can I get back there again but make it a little easier on myself?''.

Tipper and Al came to a show the last time we were in Washington. They're nice people, a nice family. We made every effort not to frighten them.