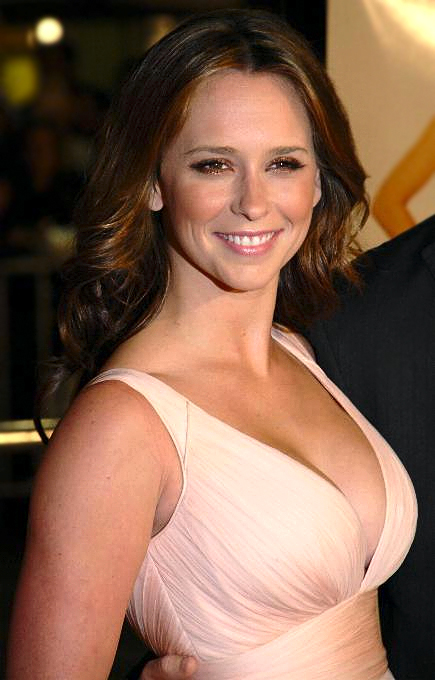 "Jennifer Love Hewitt" is an American actress, producer, author, television director and singer-songwriter. Hewitt began her acting career as a child by appearing in television commercials and the Disney Channel series Kids Incorporated. She rose to fame in teenage popular culture in her roles in the Fox Broadcasting Company/Fox series Party of Five (1995-2000) as Sarah Reeves Merrin, and films I Know What You Did Last Summer (1997) and I Still Know What You Did Last Summer/its 1998 sequel as Julie James.

Hewitt starred on the hit CBS television program Ghost Whisperer (2005–10) as Melinda Gordon, for which she won a Saturn Award in 2007 and 2008 for Best Actress on Television. She starred in the Lifetime (TV network)/Lifetime television series, The Client List (TV series)/The Client List (2012–13), and was previously nominated for a Golden Globe Award for the The Client List/pilot movie. In addition to acting, she has served as a producer on some of her film and television projects.

As a singer, Hewitt has been signed by Atlantic Records and Jive Records, and is primarily known for her recordings in the pop genre. Her most successful single on the Billboard Hot 100/Billboard Hot 100 is the 1999 release "How Do I Deal", which peaked at No. 59. She has also contributed music to the promotion or soundtracks of acting projects.

If you enjoy these quotes, be sure to check out other famous actresses! More Jennifer Love Hewitt on Wikipedia.

You are the only person who can sell you, so you do spend a lot of time in your job by yourself everyday.

I'm a hopeless romantic. It's disgusting. It really is. I've seen 'While You Were Sleeping', like, twenty times, and I still believe in the whole Prince Charming thing.

I don't consider stardom to be anything related with me. I hope that the only way this business will ever change me will be (giving me) a good life.

I don't want to ever, ever do something in life that isn't fun. Ever.

When I came to Los Angeles, it was the first time that I ever felt like I belong somewhere. Not because it was wacky, but because people here understood what I felt like to perform, and there were other kids my age who wanted to do it. I didn't get looked at as God, you freak.

I do love Italian food. Any kind of pasta or pizza. My new pig out food is Indian food. I eat Indian food like three times a week. It's so good.

I'd rather be the girl-next-door than hear. 'Oh, there's the ho-bag.'

I just accepted them [my breasts] as a great accessory to every outfit.

I love that whole princess mentality, but I also like throwing my hair in a ponytail and just wearing jeans, going on a hike and then eating a big chili-cheeseburger.