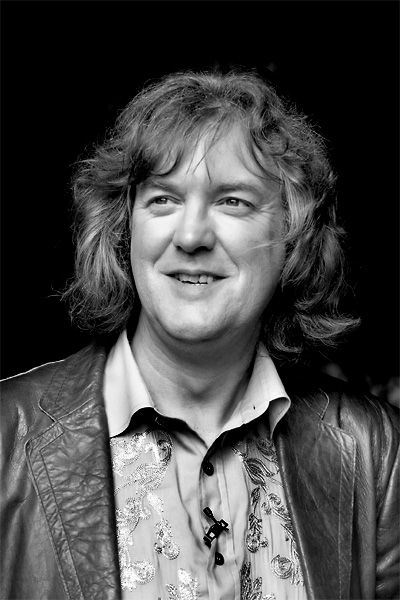 "James Daniel May" (born 16 January 1963) is a British People/British television presenter and journalist. He is the co-presenter of the motoring programme Top Gear (2002 TV series)/Top Gear, alongside Jeremy Clarkson and Richard Hammond.

May has presented other programmes on themes including science and technology, toys, wine culture, and the plight of manliness in modern times. He wrote a weekly column for The Daily Telegraph's motoring section.

More James May on Wikipedia.

If the price of oil stays high and our taxes along with it, I expect more jobs lost, more flights cut and more airlines in crisis.

We've got to achieve consolidation and some level of reduction of capacity. The odds are greater than they ever have been.

No business model at any airline can survive sustained jet-fuel prices at this level.

I am quite confident there will be many who make that charge, that we are self-serving, ... But I am equally confident that the impact that Katrina had on this industry is real.

I would love to be able to sit here and tell you that we've got the technology and that we're doing that. That is the gold standard. But, against millions of dollars of investment right now, we don't have the technology.

Katrina exacerbated an already untenable situation with respect to the price of oil on our industry.

Our principal focus is trying to get a holiday. Every little bit helps. It's $600 million more than we've got today.

It's a small step in the right direction.

No business model at any airline can survive with sustained jet-fuel prices of $90 to $100 a barrel.