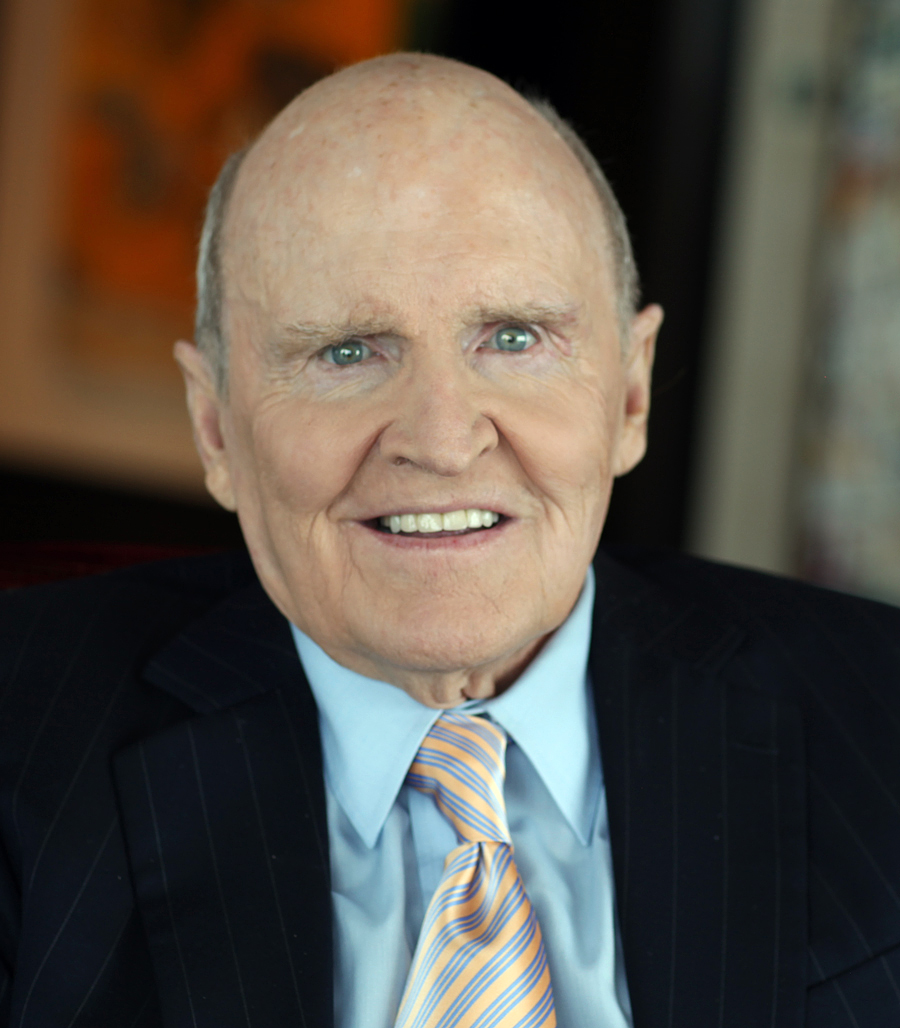 "John Francis" ""Jack"" "Welch, Jr." (born November 19, 1935) is a retired American business executive, author and chemical engineer. He was chairman and CEO of General Electric between 1981 and 2001. During his tenure at GE, the company's value rose 4000%. In 2006, Welch's net worth was estimated at $720 million. When he retired from GE he took a severance payment of $417 million, the largest such payment in history.

If you enjoy these quotes, be sure to check out other famous businessmen! More Jack Welch on Wikipedia.

Control your own destiny or someone else will.

Face reality as it is, not as it was or as you wish it to be.

If change is happening on the outside faster than on the inside the end is in sight.

Change before you have to.

If you don't have a competitive advantage, don't compete.

If you pick the right people and give them the opportunity to spread their wings and put compensation as a carrier behind it you almost don't have to manage them.

Giving people self-confidence is by far the most important thing that I can do. Because then they will act.

The world of the 1990s and beyond will not belong to 'managers' or those who can make the numbers dance. The world will belong to passionate, driven leaders - people who not only have enormous amounts of energy but who can energize those whom they le.

An organization's ability to learn, and translate that learning into action rapidly, is the ultimate competitive advantage.