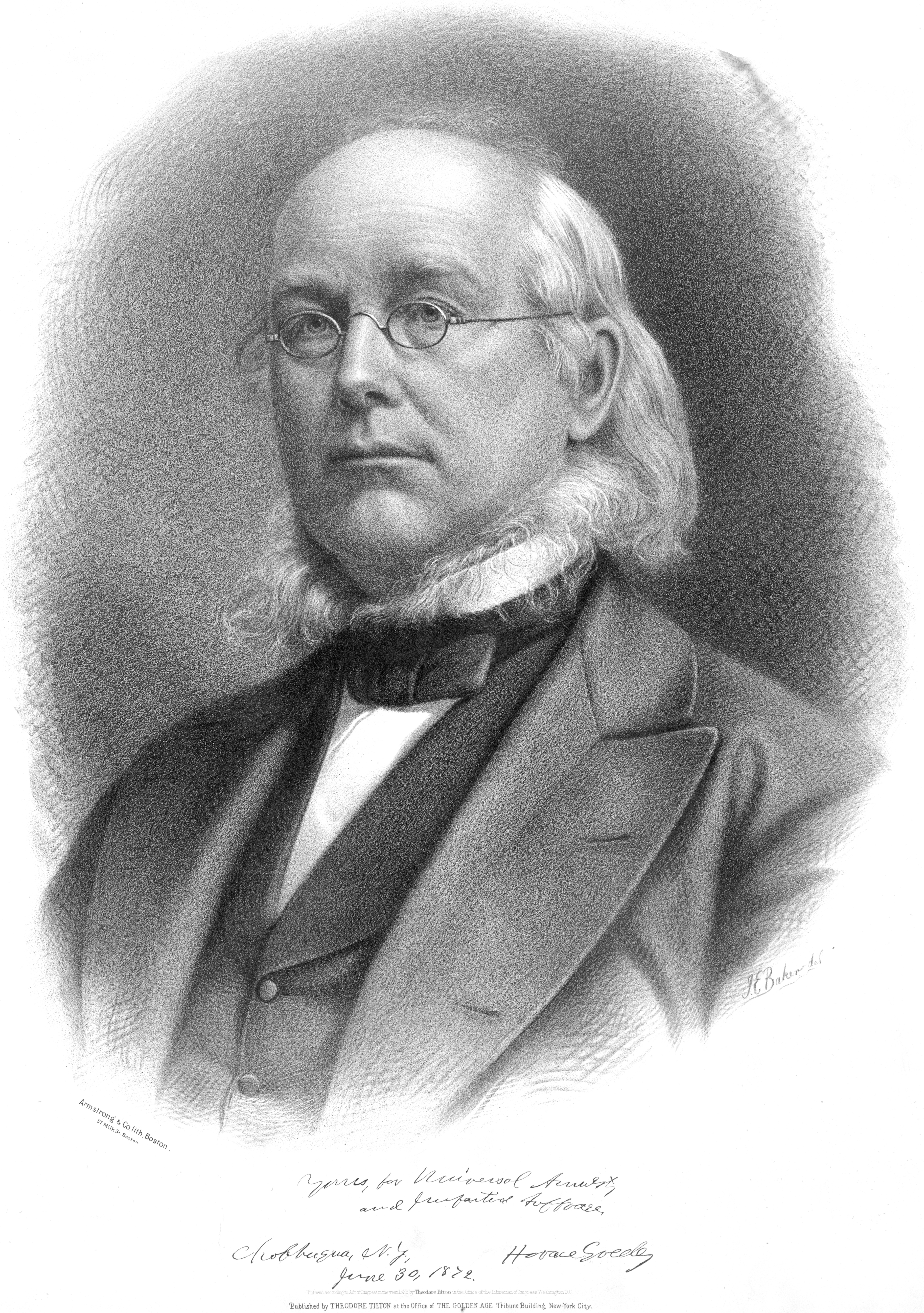 "Horace Greeley" was newspaper editor/editor of the New-York Tribune, among the great newspapers of its time. Long active in politics, he served briefly as a congressman from New York, and was the candidate of the Democratic Party (United States)/Democratic and Liberal Republican Party (United States)/Liberal Republican parties in the 1872 presidential election. He was defeated by President Ulysses S. Grant on Election Day, but died before the casting of the electoral vote.

Greeley was born to a poor family in New Hampshire. He was apprenticed to a printer in Vermont, and in 1831 went to New York City to seek his fortune. He wrote for or edited a number of publications, and involved himself in Whig Party (United States)/Whig Party politics, taking a significant part in William Henry Harrison's successful 1840 presidential campaign. The following year, he founded the Tribune, which through weekly editions sent by mail became the highest-circulating newspaper in the country. Among many other issues, he urged the settlement of the American West, which he saw as a land of opportunity for the young and the unemployed.

Always rise from the table with an appetite, and you will never sit down without one.

Journalism will kill you, but it will keep you alive while you're at it. 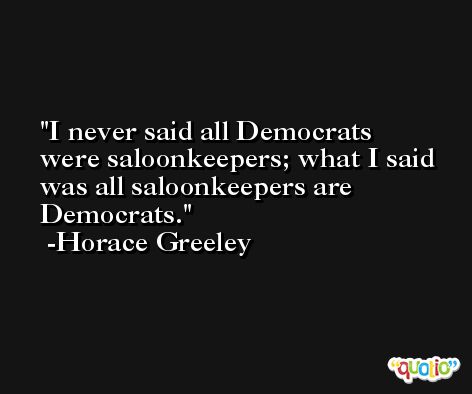 Apathy is a sort of living oblivion.

There is no bigotry like that of "free thought" run to seed. 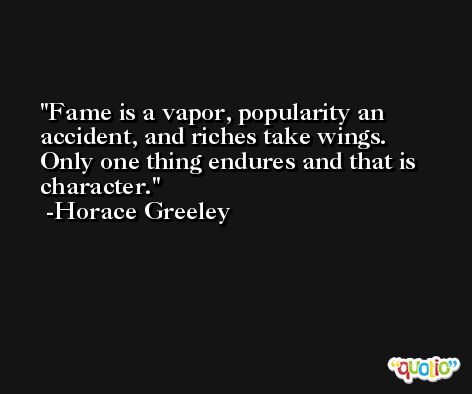 The darkest day in a man's career is that wherein he fancies there is some easier way of getting a dollar than by squarely earning it.

I am the inferior of any man whose rights I trample underfoot.