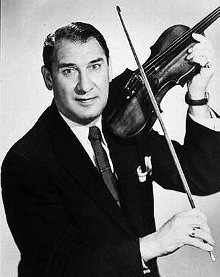 "Henry "Henny" Youngman" was a British-born American comedian and violinist famous for his mastery of the "one-liner joke/one-liner". His best known one-liner was "Take my wife...please".

In a time when many comedians told elaborate anecdotes, Youngman's routine consisted of telling simple one-liner jokes, occasionally with interludes of violin playing. These depicted simple, cartoon-like situations, eliminating lengthy build-ups and going straight to the punch line. He was known as "The King of the One Liners", a title conferred to him by columnist Walter Winchell. A stage performance by Youngman lasted only fifteen to twenty minutes but contained dozens of jokes in rapid-fire succession.

If you enjoy these quotes, be sure to check out other famous comedians! More Henny Youngman on Wikipedia.

Why do Jewish men die before their wives? They want to.

There was a girl knocking on my hotel room door all night! Finally, I let her out. 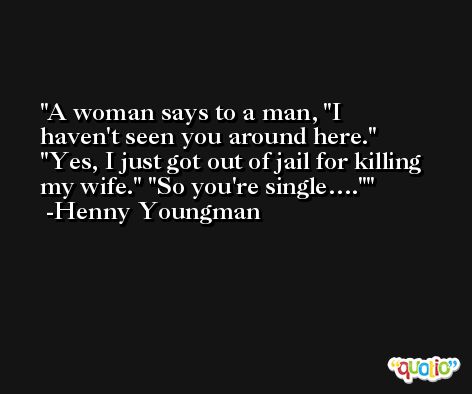 My son complains about headaches. I tell him all the time, when you get out of bed, it's feet first!

What's the use of happiness? It can't buy you money. 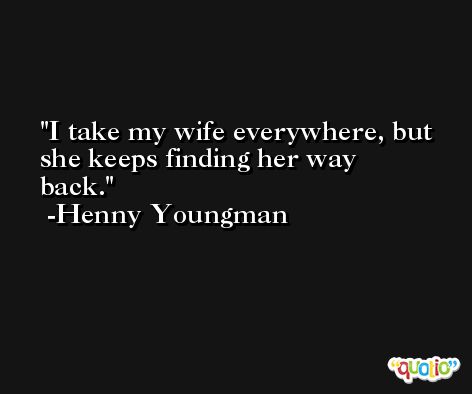 If you had your life to live over again, do it overseas.

I wanted to do something nice so I bought my mother-in- law a chair. Now they won't let me plug it in. 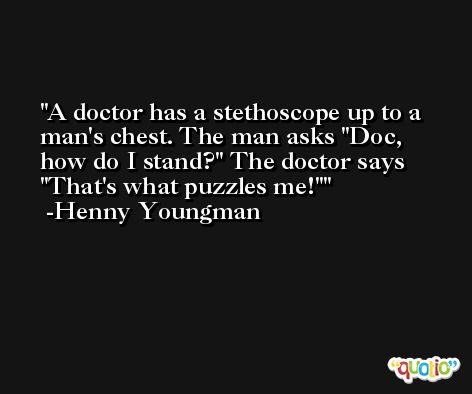 Why do Jewish divorces cost so much? They're worth it.

When I read about the evils of drinking, I gave up reading. 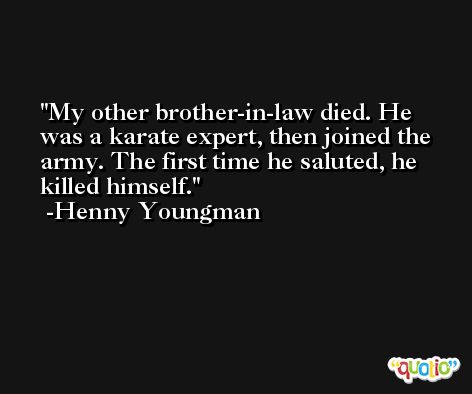 I once wanted to become an atheist, but I gave up - they have no holidays.

If you're going to do something tonight that you'll be sorry for tomorrow morning, sleep late. 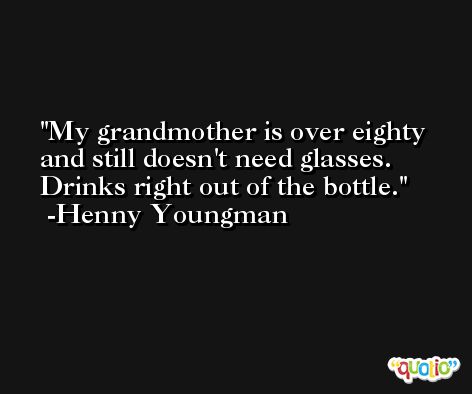 Doctor says to a man "You're pregnant!" The man says "How does a man get pregnant?" The doctor says "The usual way, a little wine, a little dinner...."

I told the doctor I broke my leg in two places. He told me to quit going to those places.