"Helen Adams Keller" was an American author, political activist, and lecturer. She was the first deafblindness/deafblind person to earn a bachelor of arts degree. The story of how Keller's teacher, Anne Sullivan, broke through the isolation imposed by a near complete lack of language, allowing the girl to blossom as she learned to communicate, has become widely known through the dramatic depictions of the play and film The Miracle Worker. Her birthplace in West Tuscumbia, Alabama is now a museum and sponsors an annual "Helen Keller Day". Her birthday on June 27 is commemorated as Helen Keller Day in the U.S. state of Pennsylvania and was authorized at the federal level by presidential proclamation by President Jimmy Carter in 1980, the 100th anniversary of her birth.

A prolific author, Keller was well-traveled and outspoken in her convictions. A member of the Socialist Party of America and the Industrial Workers of the World, she campaigned for women's suffrage, labor rights, socialism, and other similar causes. She was inducted into the Alabama Women's Hall of Fame in 1971.

If you enjoy these quotes, be sure to check out other famous women! More Helen Keller on Wikipedia.

When all you can feel are the shadows, turn your face towards the sun.

Keep your face to the sun and you will never see the shadows. 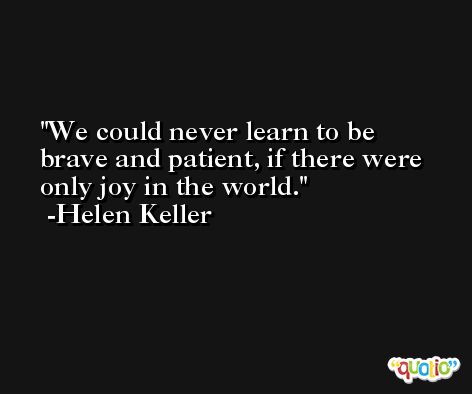 When one door of happiness closes, another one opens, but often we look so long at the closed door that we do not see the one that has been opened to us.

Face your deficiencies and acknowledge them; but do not let them master you. Let them teach you patience, sweetness, insight. What we have once enjoyed we can never lose. All that we love deeply becomes a part of us.

The best and most beautiful things cannot be seen or even heard, they must be felt with the heart. 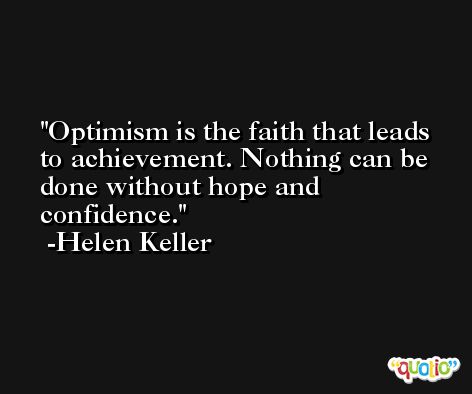 Keep your face to the sunshine and you cannot see the shadow.

Not the senses I have but what I do with them is my kingdom. 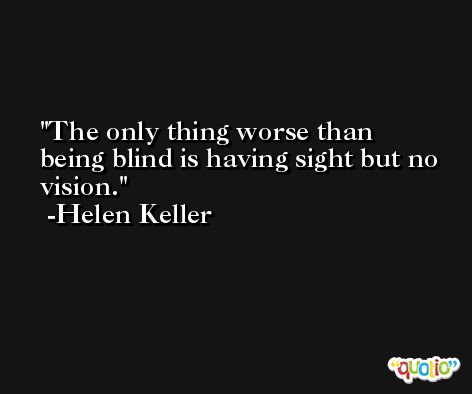 Everything has its wonders, even darkness and silence, and I learn, whatever state I am in, therein to be content.

Literature is my Utopia. Here I am not disenfranchised. No barrier of the senses shuts me out from the sweet, gracious discourses of my book friends. They talk to me without embarrassment or awkwardness. 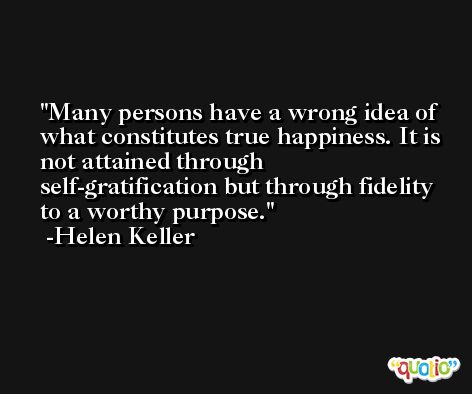 Avoiding danger is no safer in the long run than outright exposure. The fearful are caught as often as the bold.

Although the world is full of suffering, it is also full of overcoming it. 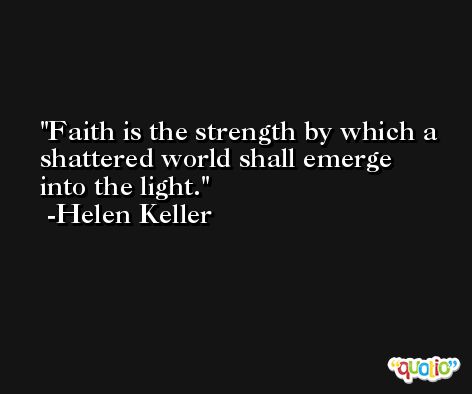 When one door of happiness closes another opens; but we often look so long at the closed one that we do not see the one which has opened for us.

Life is either a daring adventure or nothing. Security does not exist in nature, nor do the children of men as a whole experience it. Avoiding danger is no safer in the long run than exposure. 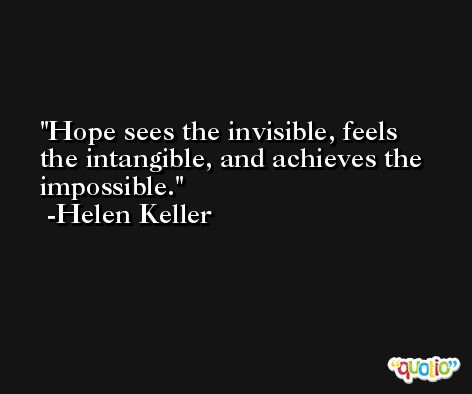 Security is mostly a superstition. It does not exist in nature.... Life is either a daring adventure or nothing.

Self-pity is our worst enemy and if we yield to it, we can never do anything good in the world. 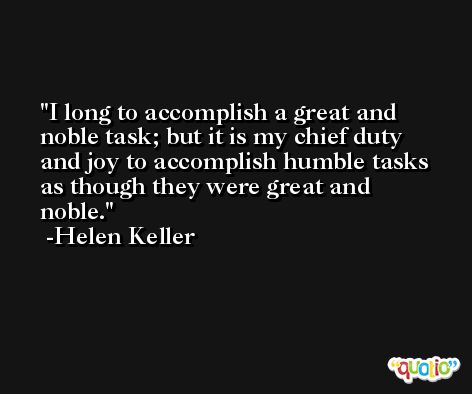 People do not like to think. If one thinks, one must reach conclusions. Conclusions are not always pleasant. 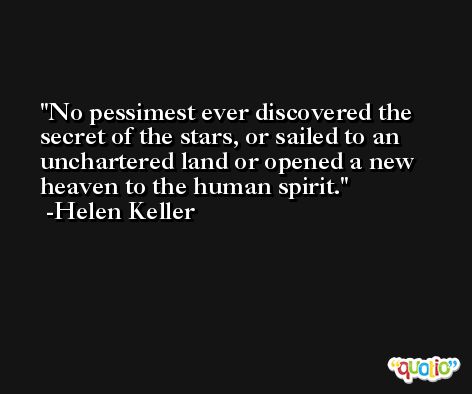