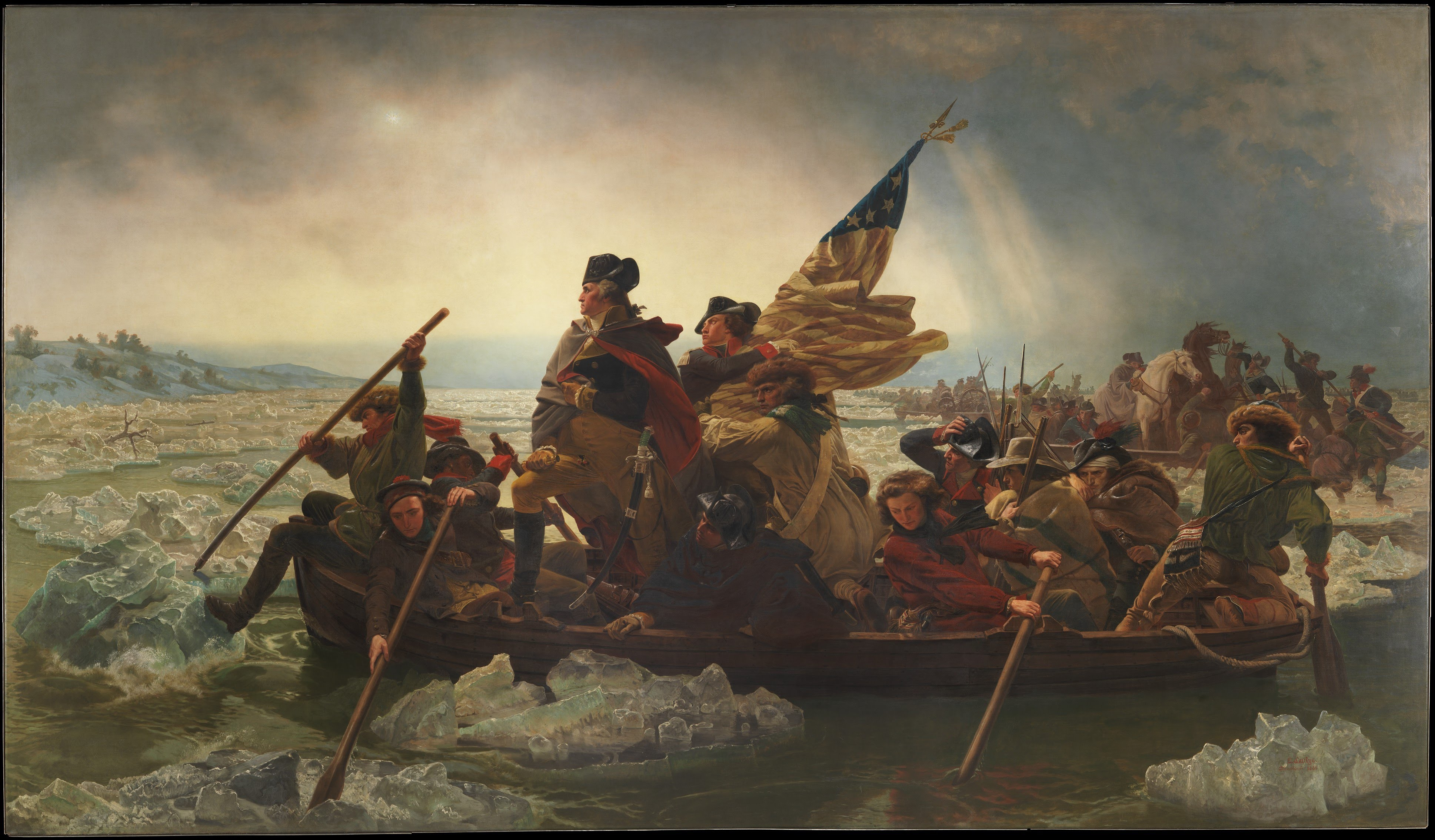 Washington was unanimously elected President by the Electoral College (United States)/electors in both the United States presidential election, 1788–1789/1788–1789 and United States presidential election, 1792/1792 elections. He oversaw the creation of a strong, well-financed national government that maintained neutrality in the French Revolutionary Wars, suppressed the Whiskey Rebellion, and won acceptance among Americans of all types. Washington established many forms in government still used today, such as the United States Cabinet/cabinet system and United States presidential inauguration/inaugural address. His retirement after two terms and the peaceful transition from his presidency to that of John Adams established a tradition that continued up until Franklin D. Roosevelt was elected to a third term. Washington has been widely hailed as the "Father of the Nation/father of his country" even during his lifetime.

If you enjoy these quotes, be sure to check out other famous presidents! More George Washington on Wikipedia.

Government is not reason; it is not eloquence; it is force! It is a dangerous servant and a terrible master.

Associate yourself with men of good quality if you esteem your own reputation for 'tis better to be alone than in bad company. 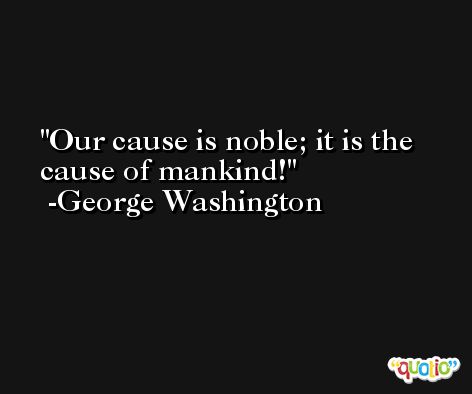 It is impossible to rightly govern a nation without God and the Bible.

As Mankind becomes more liberal, they will be more apt to allow that all those who conduct themselves as worthy members of the community are equally entitled to the protections of civil government. I hope ever to see America among the foremost nations of justice and liberality. 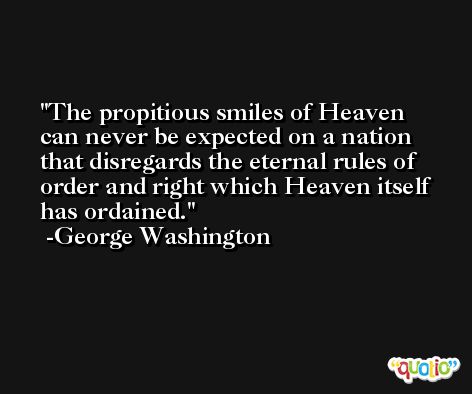 Associate with men of good quality if you esteem your own reputation; for it is better to be alone than in bad company.

The preservation of the sacred fire of liberty and the destiny of the republican model of government are justly considered... deeply, ...finally, staked on the experiment entrusted to the hands of the American people. 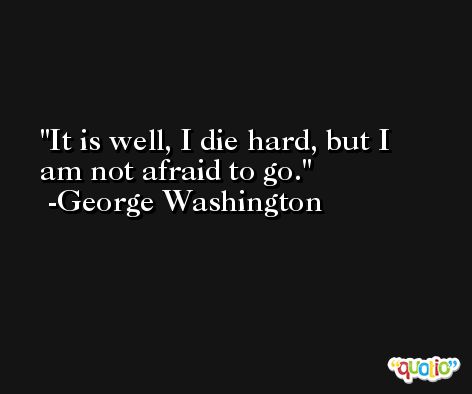 Be courteous to all, but intimate with few; and let those few be well tried before you give them your confidence.

It is better to offer no excuse than a bad one. 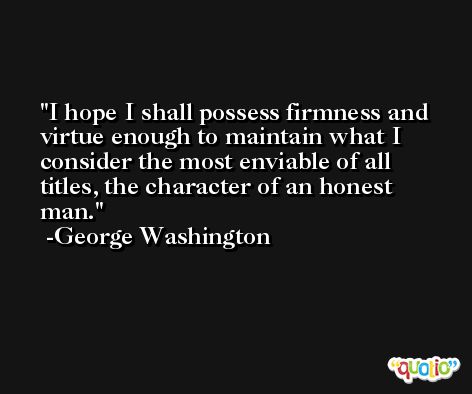 Government is not reason, it is not eloquence, it is force; like fire, a troublesome servant and a fearful master. Never for a moment should it be left to irresponsible action.

Labor to keep alive in your breast that little spark of celestial fire called conscience. 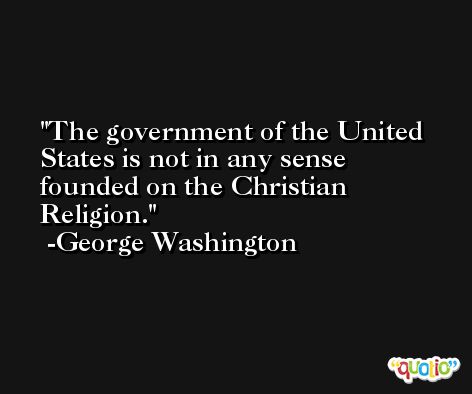 There is nothing that gives a man consequence, and renders him fit for command, like a support that renders him independent of everybody but the State he serves.

Government is not reason; it is not eloquence; it is force. Like fire, it is a dangerous servant and a fearful master. 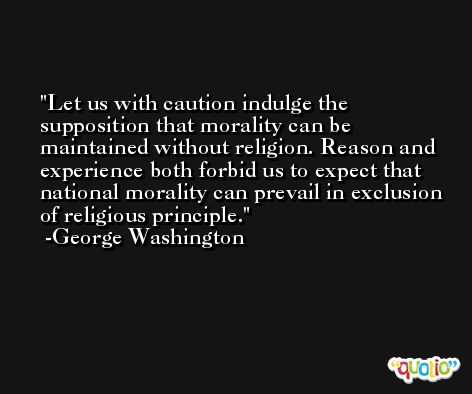 We ought not to look back unless it is to derive useful lessons from past errors, and for the purpose of profiting by dear-brought experience.

Be courteous to all, but intimate with few, and let those few be well tried before you give them your confidence. True friendship is a plant of slow growth, and must undergo and withstand the shocks of adversity before it is entitled to the appellation. 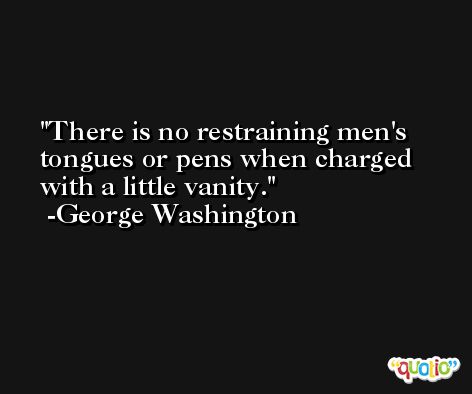 Few men have virtue to withstand the highest bidder.

I know [patriotism] exists, and I know it has done much in the present contest. But a great and lasting war can never be supported on this principle alone. It must be aided by a prospect of interest, or some reward. 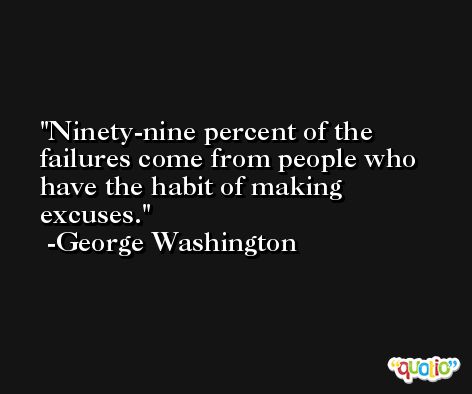 It's wonderful what we can do if we're always doing.