"Galileo Galilei", often known mononymously as "Galileo", was an Italian physicist, mathematician, engineer, astronomer, and philosopher who played a major role in the Scientific Revolution/scientific revolution during the Renaissance. His achievements include improvements to the telescope and consequent astronomical observations and support for Nicolaus Copernicus/Copernicanism.

If you enjoy these quotes, be sure to check out other famous scientists! More Galileo Galilei on Wikipedia.

I have never met a man so ignorant that I couldn't learn something from him.

Where the senses fail us, reason must step in. 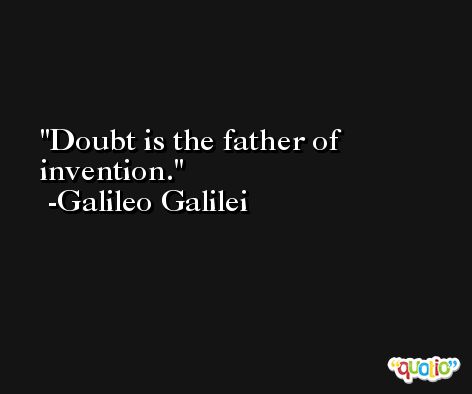 Mathematics is the language with which God has written the universe. 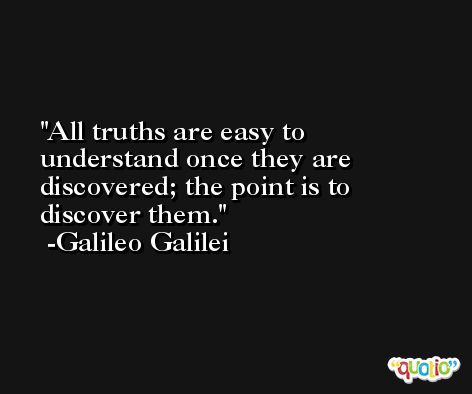 In questions of science, the authority of a thousand is not worth the humble reasoning of a single individual.

The Sun, with all the planets revolving around it, and depending on it, can still ripen a bunch of grapes as though it had nothing else in the Universe to do. 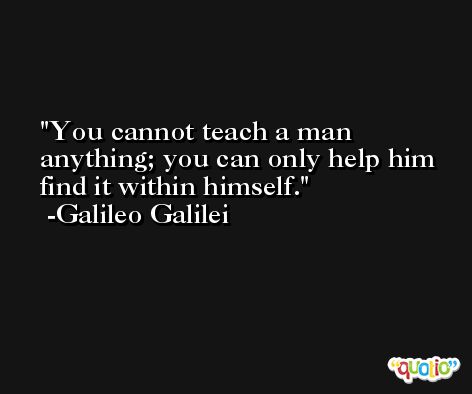 The Bible shows the way to go to heaven, not the way the heavens go.

I do not feel obliged to believe that the same God who has endowed us with sense, reason, and intellect has intended us to forgo their use. 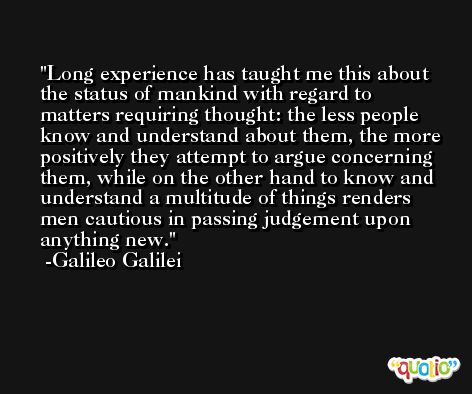