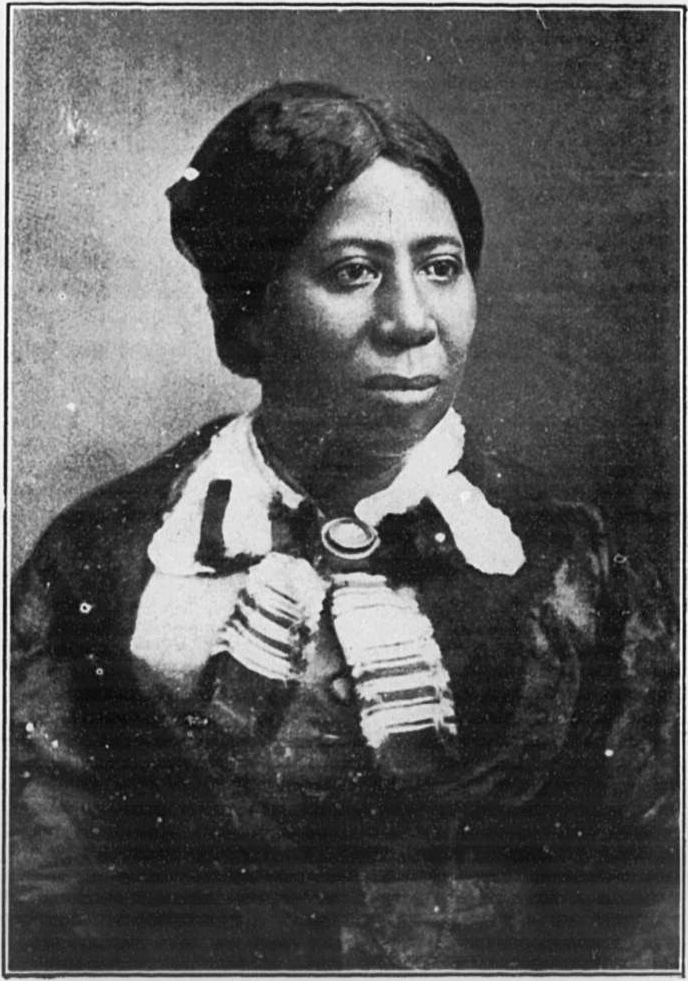 "Frederick Douglass" was an African-American social reformer, orator, writer, and Politician/statesman. After escaping from slavery, he became a leader of the Abolitionism in the United States/abolitionist movement, gaining note for his dazzling oratory and incisive antislavery writing. He stood as a living counter-example to slaveholders' arguments that slaves lacked the intellectual capacity to function as independent American citizens. Many Northerners also found it hard to believe that such a great orator had been a slave.

If you enjoy these quotes, be sure to check out other famous writers! More Frederick Douglass on Wikipedia.

Without a struggle, there can be no progress.

A little learning, indeed, may be a dangerous thing, but the want of learning is a calamity to any people. 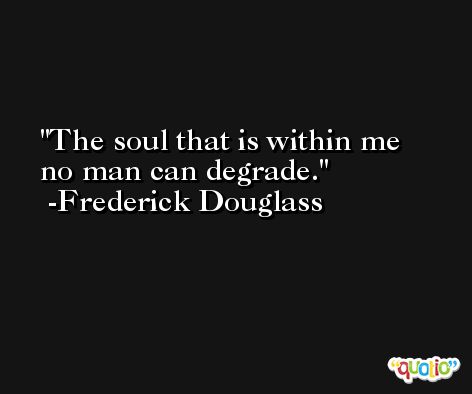 It is not light that we need, but fire; it is not the gentle shower, but thunder. We need the storm, the whirlwind, and the earthquake.

The thing worse than rebellion is the thing that causes rebellion. 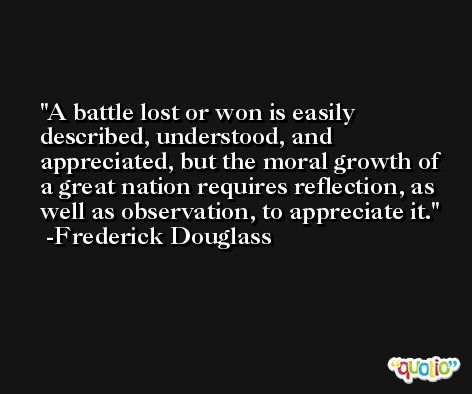 I prefer to be true to myself, even at the hazard of incurring the ridicule of others, rather than to be false, and to incur my own abhorrence.

Find out just what people will submit to, and you have found out the exact amount of injustice and wrong which will be imposed upon them; and these will continue until they are resisted with either words or blows, or both. The limits of tyrants are prescribed by the endurance of those whom they oppress. 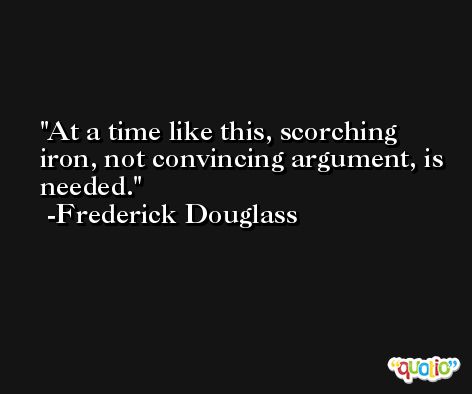 I was broken in body, soul, and spirit. My natural elasticity was crushed, my intellect languished, the disposition to read departed; the cheerful spark that lingered about my eye died; the dark night of slavery closed upon me; and behold a man transformed into a brute!

Where justice is denied, where poverty is enforced, where ignorance prevails, and where any one class is made to feel that society is in an organized conspiracy to oppress, rob, and degrade them, neither persons nor property will be safe. 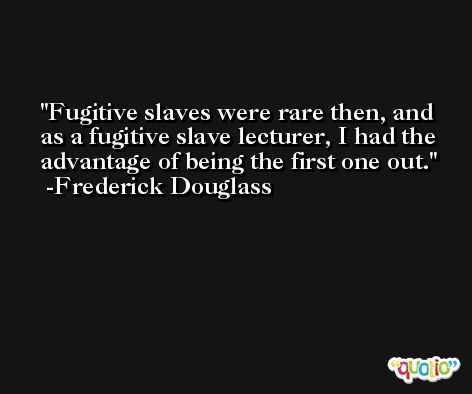 I have observed this in my experience of slavery, that whenever my condition was improved, instead of increasing my contentment, it only increased my desire to be free, and set me to thinking of plans to gain my freedom. I have found that, to make a contented slave, it is necessary to make a thoughtless one.

Be not discouraged. There is a future for you. . . . The resistance encountered now predicates hope. . . . Only as we rise . . . do we encounter opposition. 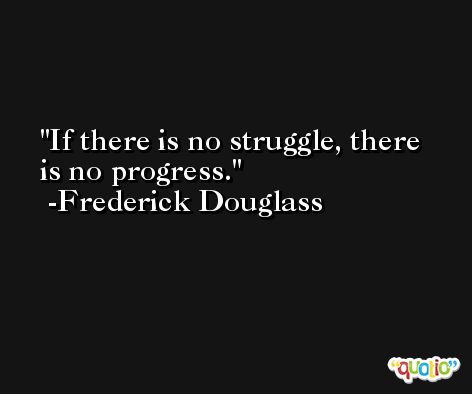 A man's character always takes its hue, more or less, from the form and color of things about him. 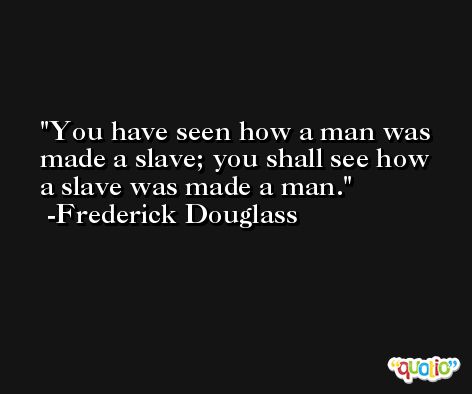