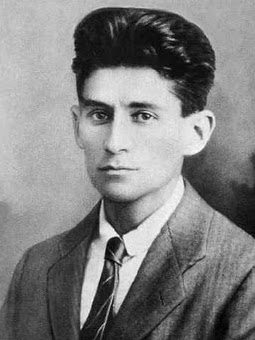 "Franz Kafka"; ; in Czech he was sometimes called "František Kafka" (); English pronunciation: (Random House Webster's Unabridged Dictionary: [http://dictionary.reference.com/browse/kafka "Kafka"]).}} (Jewish name: ?????, "Anschel"; 3 July 1883 – 3 June 1924) was a German language/German-language writer of novels and short stories, regarded by critics as one of the most influential 20th century in literature/authors of the 20th century. Most of his works, such as "" ("The Metamorphosis"), (The Trial), and (The Castle), are filled with the themes and archetypes of alienation, physical and psychological brutality, parent–child conflict, characters on a terrifying quest, labyrinths of bureaucracy, and mystical transformations.

If you enjoy these quotes, be sure to check out other famous poets! More Franz Kafka on Wikipedia.

There art two cardinal sins from which all others spring: Impatience and Laziness.

Don't bend; don't water it down; don't try to make it logical; don't edit your own soul according to the fashion. Rather, follow your most intense obsessions mercilessly. 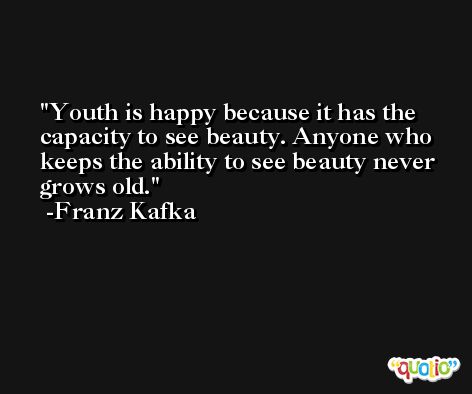 I have the true feeling of myself only when I am unbearably unhappy.

Anything that has real and lasting value is always a gift from within. 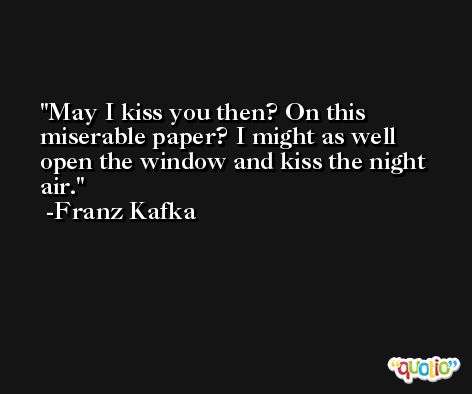 You are free, and that is why you are lost.

A book must be the ax for the frozen sea within us. 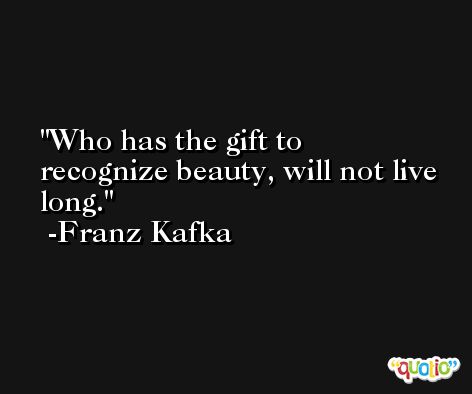 All knowledge, the totality of all questions and all answers is contained in the dog. 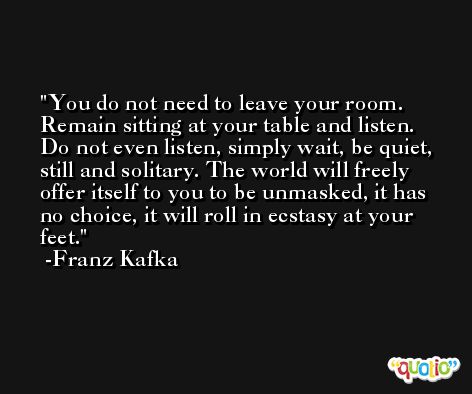 The meaning of life is that it stops. 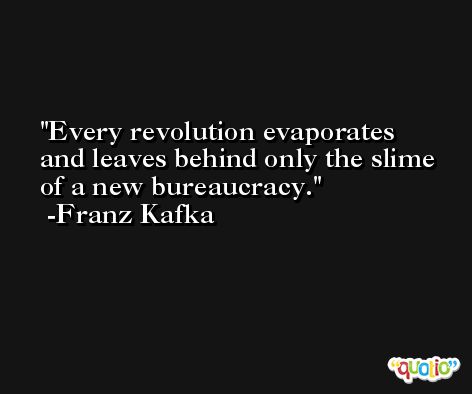 You need not leave your room. Remain sitting at your table and listen. You need not even listen, simply wait, just learn to become quiet, still, and solitary. The world will freely offer itself to you to be unmasked. It has no choice; it will roll in ecstasy at your feet.

You can hold yourself back from the sufferings of the world, that is something you are free to do and it accords with your nature, but perhaps this very holding back is the one suffering you could avoid.